Large-scale protests against the Feb. 1 coup of the Myanmar military continued Saturday in various parts of the country for an eighth consecutive day.

The angry demonstrations have expanded to include a wide range of people, with participation from not only students but young workers, middle-aged people and the elderly. 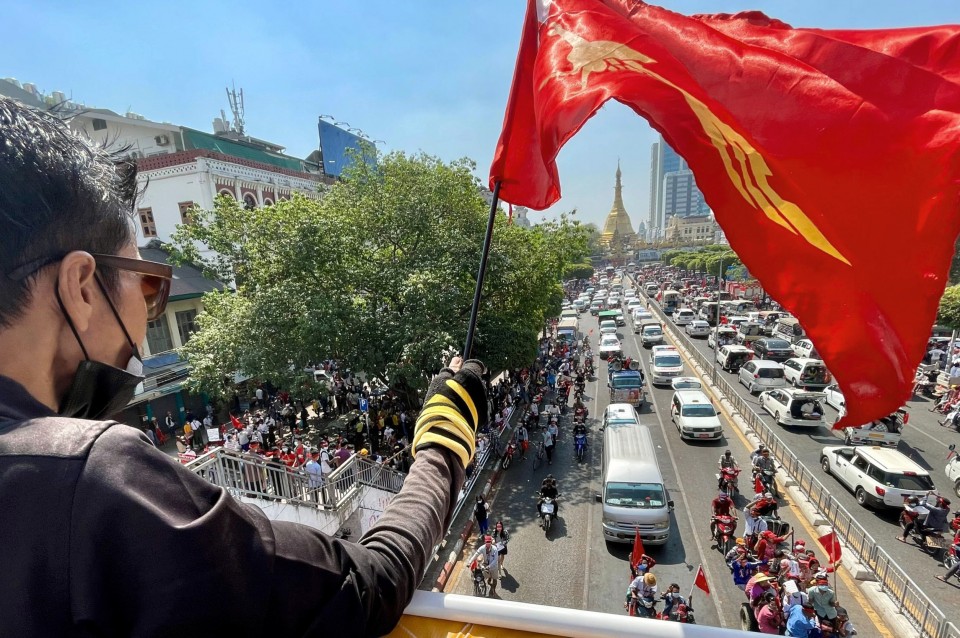 A man protests in Yangon, Myanmar, on Feb. 13, 2021, against the military that has detained Aung San Suu Kyi and other government leaders since it staged a coup on Feb. 1. (Kyodo) ==Kyodo

In Yangon, the largest city, female nurses marched and shouted slogans such as, "Let's defeat the dictators!" and "We are united!" with many car drivers honking their horns in approval. 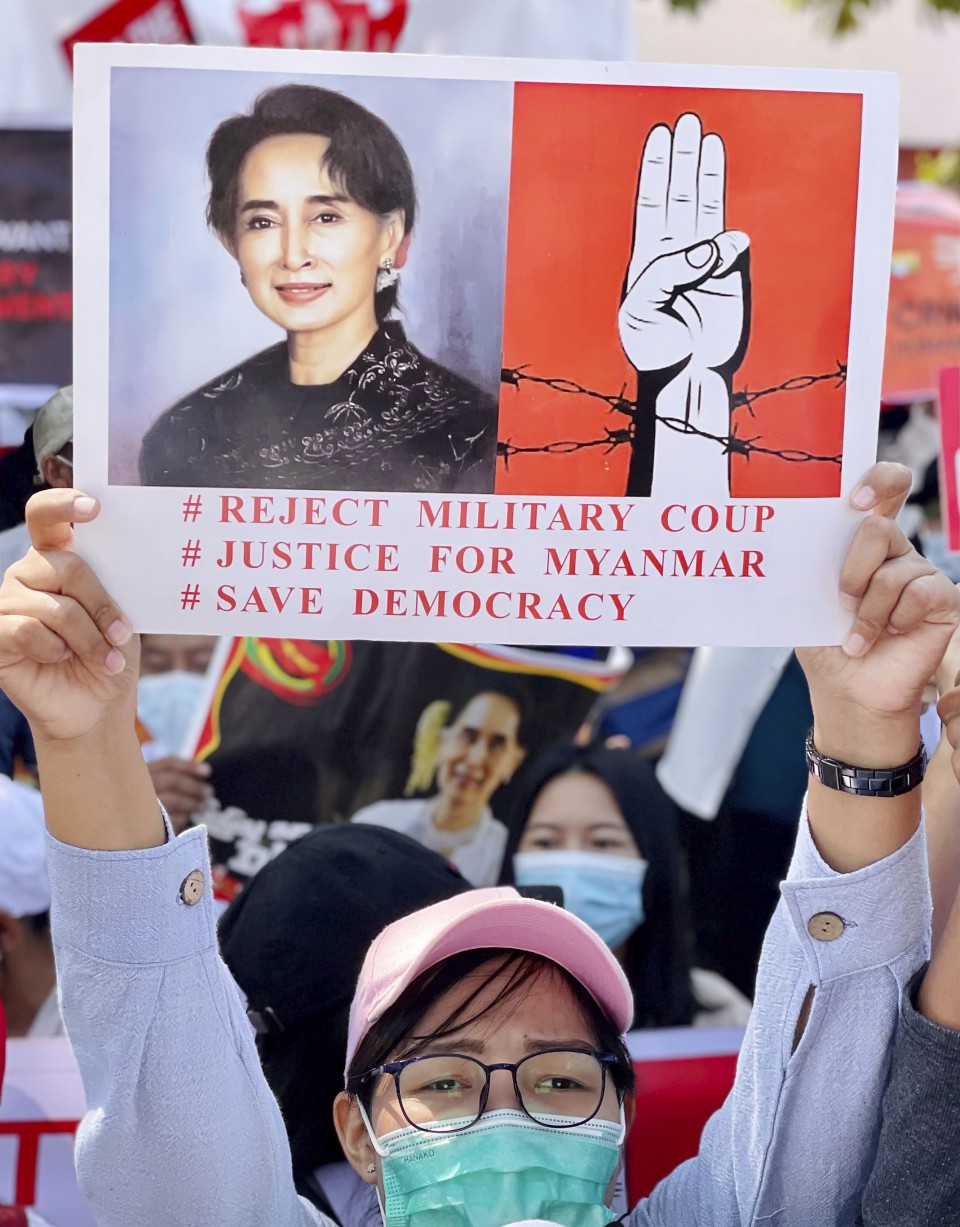 Citizens displaying pictures of ousted leader Aung San Suu Kyi and placards criticizing the coup also rallied in various parts of the capital Naypyitaw, and marched down main streets, raising an arm with three fingers extended in a popular symbol of defiance.

Protests were also held in Shan State in the country's northeast and in the Tanintharyi Region in the south.

Some protesters observed 15 minutes of silence to mark the birthday of independence hero Gen. Aung Sang, Suu Kyi's father who is regarded as the father of the nation of modern-day Myanmar. He was assassinated in 1947.

Meanwhile, protesting in front of the Chinese Embassy in Yangon, young people blamed the Chinese government for defending the military in ousting Suu Kyi's elected government, saying "Shame on you!" 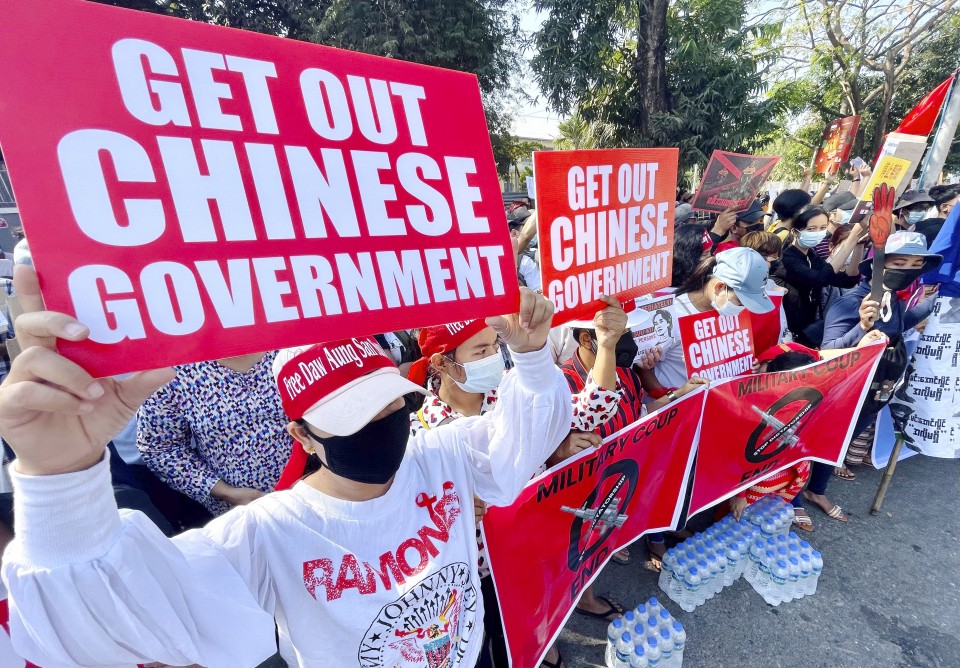 China and Russia opposed a U.N. Human Rights Council's special session on the situation in Myanmar, arguing that it was a "domestic affair."

The council on Friday adopted by consensus a resolution condemning the Myanmar military's takeover, its arrest of the civilian leadership, its declaration of a one-year state of emergency, and police violence against peaceful protesters.

The coup was justified by the military as a response to alleged massive irregularities in last November's general election that saw Suu Kyi's National League for Democracy win another resounding victory against a military-backed opposition party.

The situation in townships of cities like Yangon and Mandalay has been unstable during the nighttime despite an 8 p.m. to 4 a.m. curfew, with arrests of some civil servants taking place.

But the actions have met with resistance by neighbors and people who have come out into the streets despite the curfew to hinder or prevent such arrests.