On the seabed near a fishing port in Ofunato, northeastern Japan, lies a car as well as a fragment of a breakwater and other rubble from the massive earthquake and tsunami that devastated wide areas along this Pacific coastline in March 2011.

A decade of being submerged about 18 meters below the sea level has not only rusted the car but turned it into a habitat for marine life, as divers have recently seen at the spot in Okirai Bay about 1 kilometer from a local train station.

A giant Pacific octopus was observed under the car, which is patched with pink algae, a greenling was seen between the seats and a beauty goby fish spotted in the silencer. 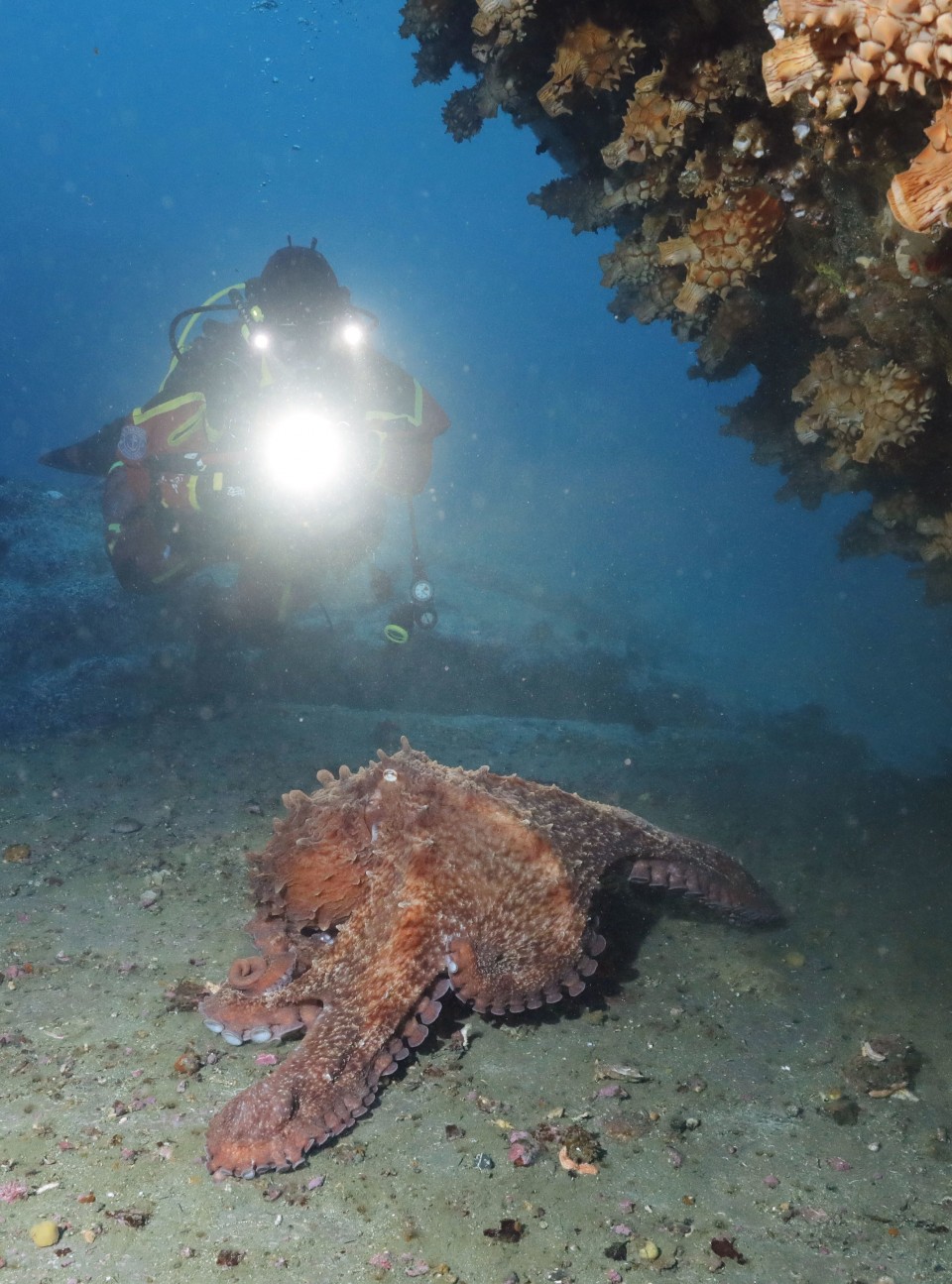 A giant Pacific octopus is pictured near a broken piece of a breakwater on the seabed of Okirai Bay on Jan. 22, 2021. (Kyodo) 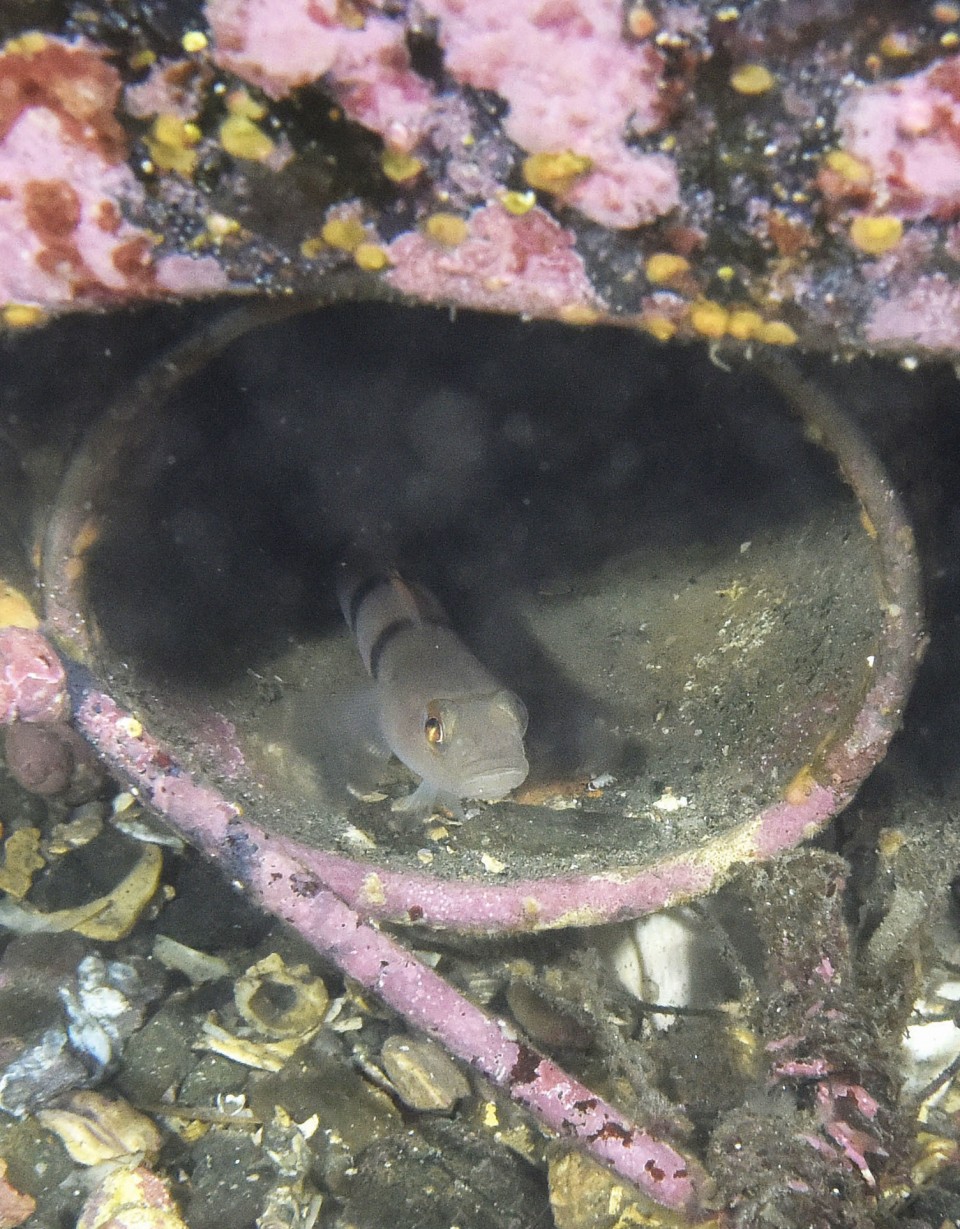 A beauty goby fish is seen in the silencer of a car submerged on the seabed at Okirai Bay on Jan. 23, 2021. (Kyodo)

Near the gear stick, a fringed blenny was seen moving her tail fin to send water to a white egg mass behind her. The fish with thick lips and protrusions on its head is a species known for the female's protective instincts. 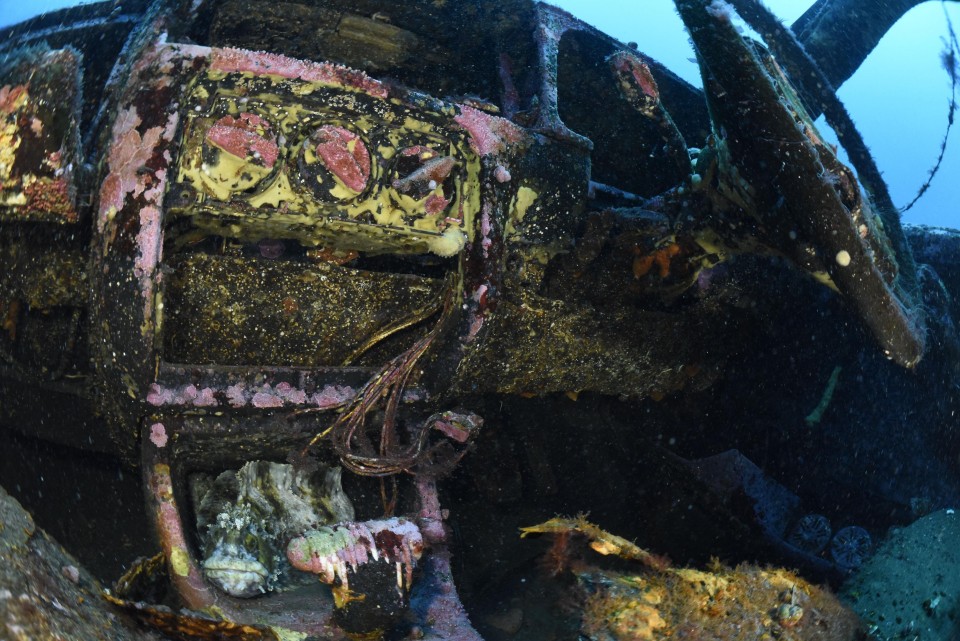 A female fringed blenny is seen inside a hollow near the driver's seat where the car owner used to place music CDs on Jan. 24, 2021. (Kyodo) 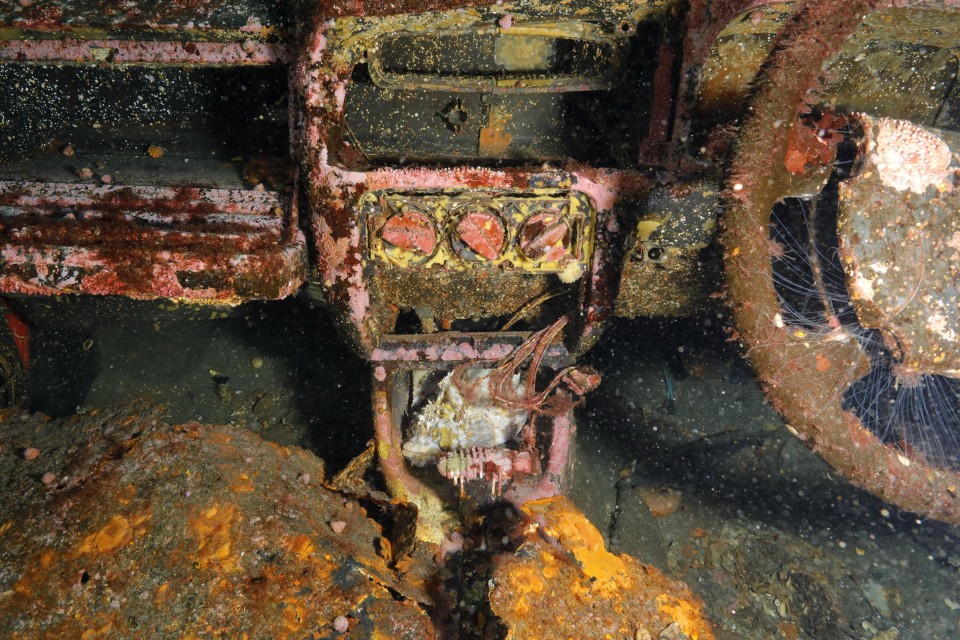 A license plate was found at the foot of the driver's seat in late January and helped identify the car owner as Yasushi Komatsu and the car as a Volkswagen Golf.

"Yes, there is no mistake," said Komatsu, 45, who lives in the neighborhood when he saw images of the car taken during the dives. "They are custom-made wheels of Volkswagen Motors. No doubt this is my car," he said.

He said he had parked the car on the premises of his parents' home near the train station on the bay when the tsunami struck, adding his own home and another Volkswagen car parked there were also swept away. 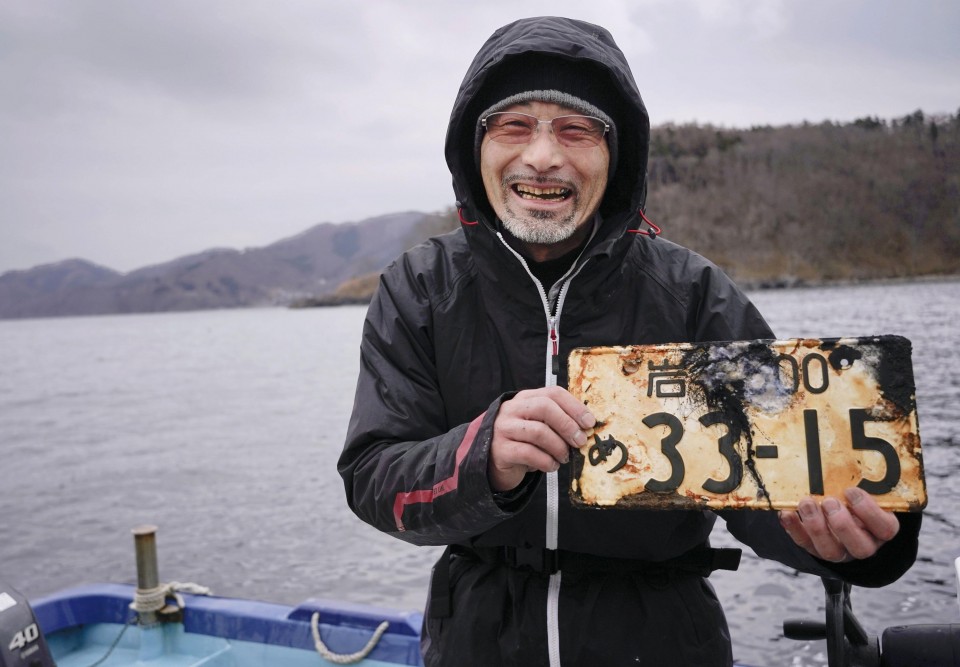 Yasushi Komatsu holds a license plate of his lost car found on the seabed in Ofunato, Iwate Prefecture, on Jan. 24, 2021. (Kyodo)

"I'm a little sad. But it turned out to be in a clear place. Nothing is really around it," he said, referring to the car's current location.

Komatsu said he wants to get a diver's license in the summer to go and see the car he had customized and had hoped to enjoy driving for a long time.

"I'd like to see it, when the summer comes. It makes me a bid teary," he said, his eyes red. 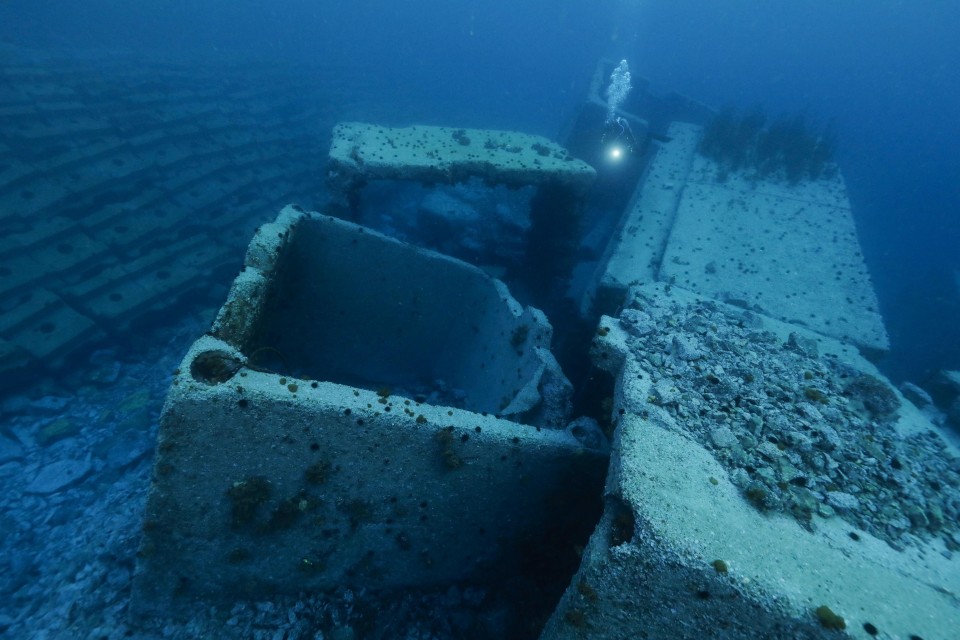 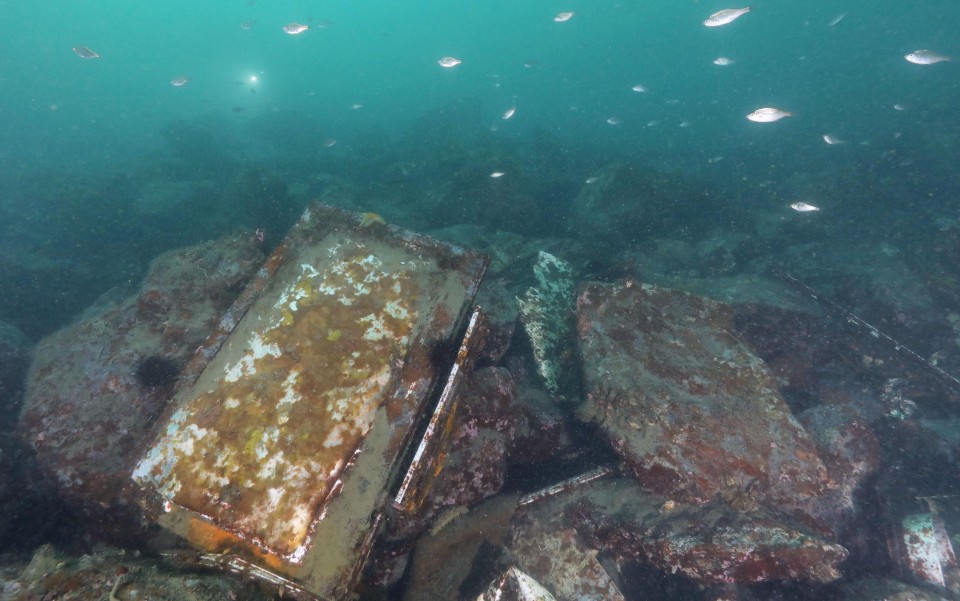 A television set (L) is pictured on Jan. 25, 2021, on the seafloor off Ofunato Port where tiles and a vacuum cleaner also lie. (Kyodo)