Japan, China and six other economies of the North Pacific Fisheries Commission agreed Thursday to cut their combined saury catch quota by 40 percent to 333,750 tons per year in order to address fishery resource depletion.

The new catch limit, which was decided during a three-day online meeting through Thursday, will be in place until the end of 2022. Tokyo had proposed a reduction of annual catch quotas as a way to prevent overfishing in the high seas by China and Taiwan. 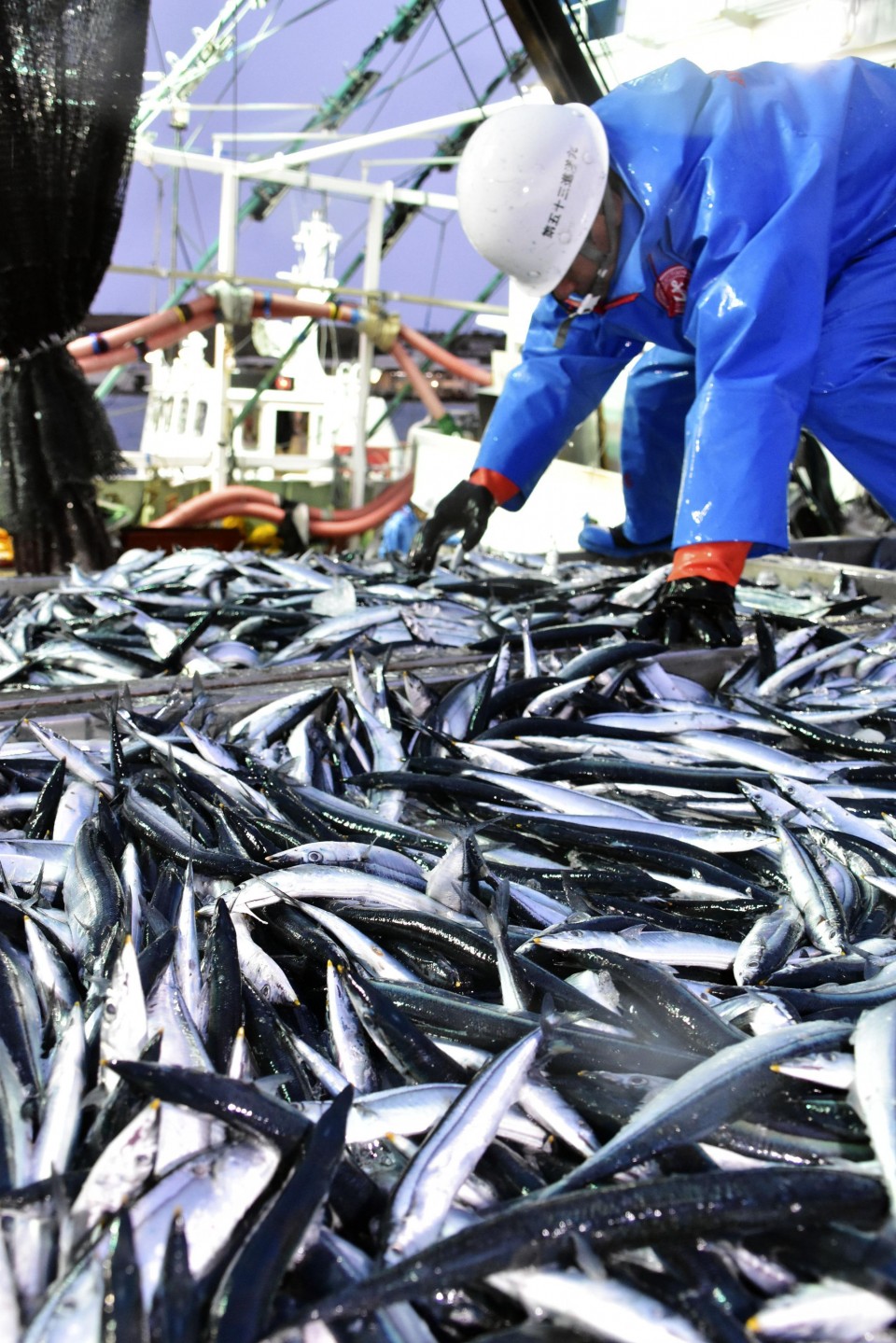 A saury catch is landed at Hanasaki port in Nemuro in Hokkaido, northern Japan, in November 2020. (Kyodo)

The saury catch limit is currently set at 556,250 tons among the eight participating economies, with 330,000 tons allocated for the high seas and 226,250 tons for exclusive economic zones in Japanese and Russian waters.

Shingo Ota, who represented the Japanese delegation at the gathering, told a press conference that the latest move is "a step toward" curbing high-seas saury catches.

According to a national saury fisheries cooperative, Japan's saury haul in 2020 fell 27 percent from the previous year to 29,566 tons, the lowest since comparable data became available.

According to Japan's Fisheries Agency, the combined catch of all participants excluding the United States and Canada in 2019 plunged nearly 60 percent from the previous year to 191,000 tons, far less than the new agreed limit.

The newly agreed quotas are likely to help avoid excessive catches even when saury resources recover in the future.

Japan also proposed country-based as well as regional-based saury quotas, but failed to win consent from other member economies.