Naomi Osaka paid tribute to fans back home and around the globe Monday as she dedicated her latest Australian Open win to those affected by the 2011 disaster in Japan and the ongoing coronavirus pandemic.

"I would like to thank everyone in Japan for their continued warm support," she said in a statement through her management company. "Since I heard there was another large quake in Japan recently, I also want to dedicate this win to those whose lives have still yet to be fully put back together following the ravages of the Great East Earthquake and Tsunami." 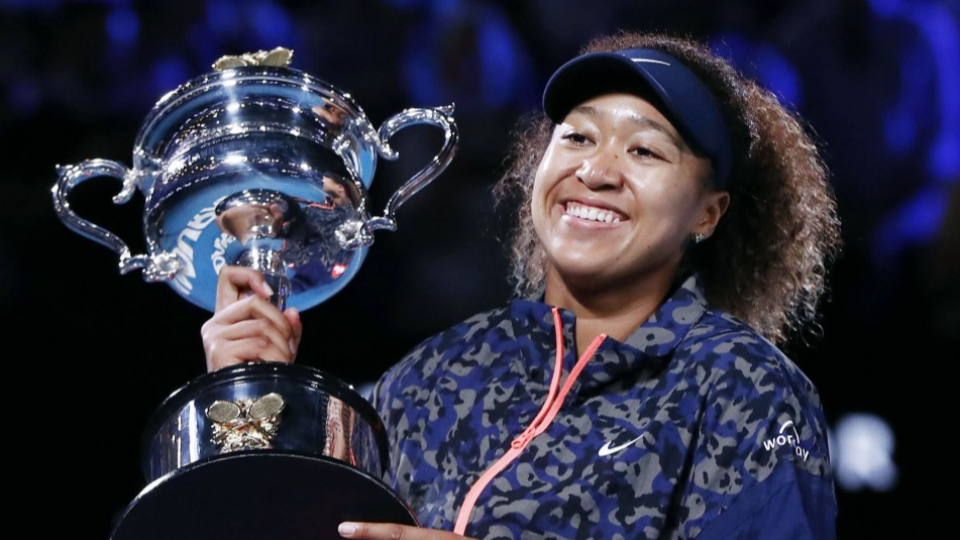 Naomi Osaka of Japan poses with the Daphne Akhurst Memorial Cup after winning her Women’s Singles Final match against Jennifer Brady of the United States during day 13 of the 2021 Australian Open at Melbourne Park on Feb. 20, 2021 in Melbourne, Australia. (Getty/Kyodo)

Osaka, who now counts four Grand Slam titles to her name having won both the Australian Open and the U.S. Open twice, thanked all the stakeholders for allowing the tournament to go ahead amid the pandemic as well as fans worldwide.

"Seeing as we are still contending with the coronavirus on a daily basis, I would like to dedicate this victory to the people around the world who are doing what they can to help us escape its shadow."

"Although there has been a lot of sad news lately regarding the coronavirus and earthquakes, I think that we need to remember the importance of life and have an open heart to help one another in times like these." 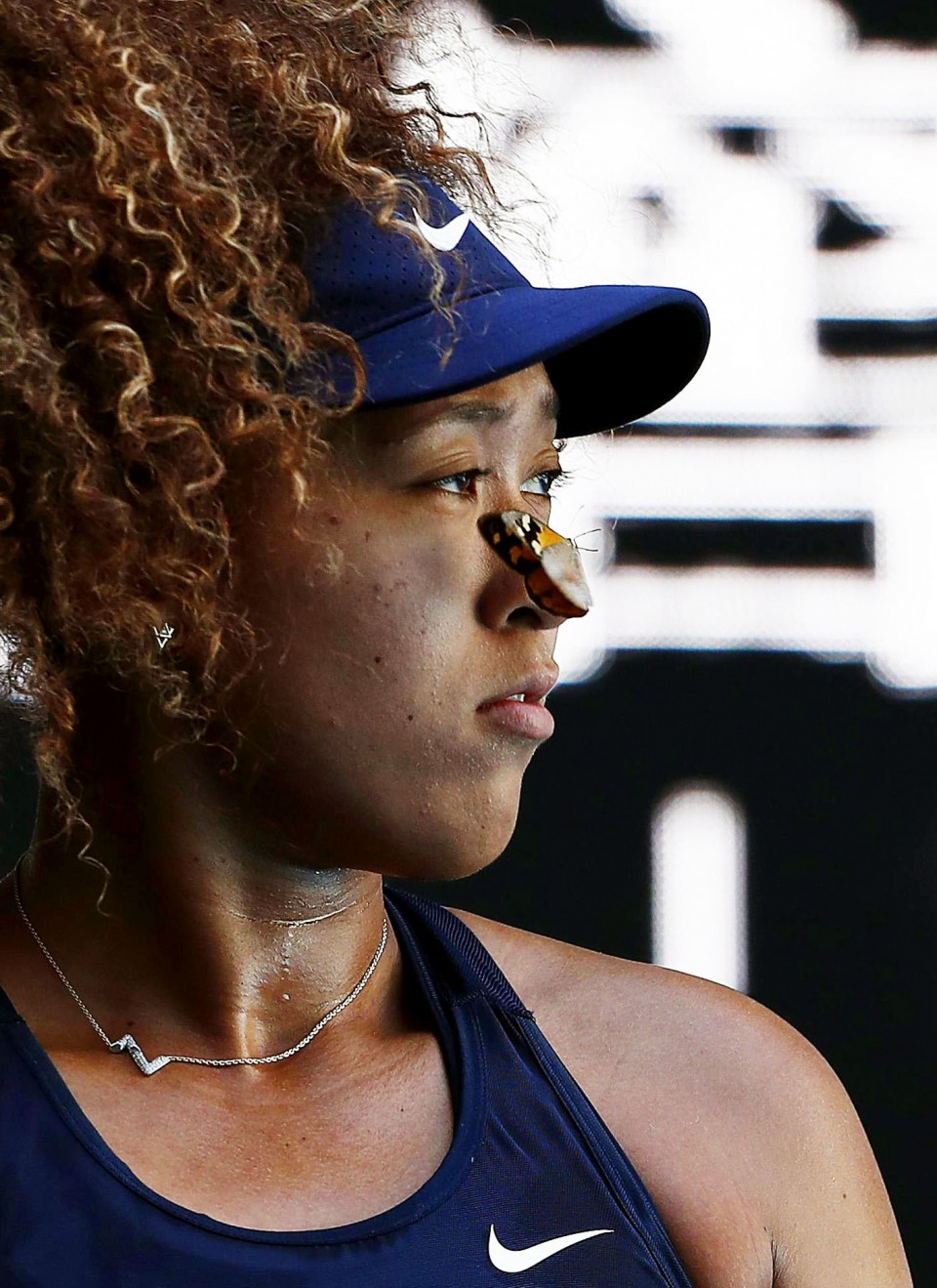 A butterfly lands on Naomi Osaka's face during her third-round match against Ons Jabeur at the Australian Open in Melbourne on Feb. 12, 2021. (Getty/Kyodo)

Yet the moment that might have warmed most hearts around the world was when she gently escorted a butterfly off the court during her third-round win over Ons Jabeur of Tunisia as it fluttered around before landing on her face.

"I hope the butterfly that visited me during the game is happy too!" she wrote with a smiling emoji as she went on to touch on the postponed Tokyo Olympics scheduled this summer.

"Recently, I am reminded about how important life is and I am trying to appreciate every moment while living my life to its fullest," she said.

"I would be very happy if my victory can bring power/strength to the Japanese people and look forward to keep giving the best of myself in the upcoming Olympics, as I strive to become even stronger."

"I pray from the bottom of my heart that the power of tennis and sports will make the world a happier place."