A South Korean woman who was forced to work in Japan's wartime military brothels made an appeal to her government on Tuesday, urging it to bring the issue to the International Court of Justice so that the two countries could reach a "complete settlement" and improve ties.

Lee Yong Soo, one of the 15 surviving "comfort women" acknowledged by the South Korean government, claimed the issue should be judged at the ICJ as Japan is ignoring a South Korean court's recent ruling in favor of the victims. 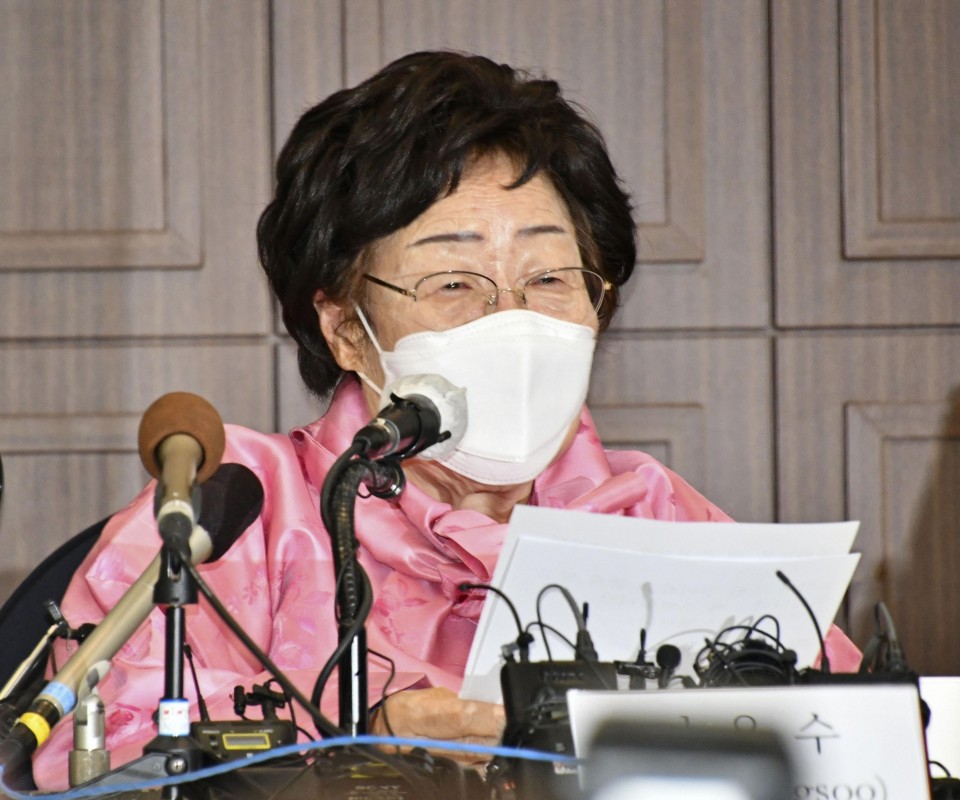 In January, a Seoul court ordered the Japanese government to pay 100 million won ($90,400) each to 12 former comfort women plaintiffs over their treatment in Japanese military brothels during World War II, marking the first such court ruling in South Korea.

The Japanese government, however, has taken the position that the lawsuit should be dismissed based on sovereign immunity -- a principle under international law that allows a state to be shielded against the jurisdiction of foreign courts.

"Japan is just ignoring the ruling, while not even appealing it," the 92-year-old Lee said during a press conference. "I am not asking for money. We have to receive complete acknowledgement and an apology from Japan."

Lee said a "fair judgment" at the ICJ could also help build a future-oriented relationship between Seoul and Tokyo.

After the press conference, South Korea's Foreign Ministry issued a statement Tuesday and said the government is doing its best to recover the honor and dignity of the surviving victims.

"We are planning to listen more to the victims' stance, and will thoroughly review bringing the issue to the ICJ," the ministry said.