About 40 percent of a group of elderly Japanese people surveyed recently said they are unsure whether they will undergo vaccination against the coronavirus, indicating many remain wary of potential downsides.

The online survey conducted earlier this month on 423 elderly people who require home nursing care but do not suffer from dementia showed 43 percent were unsure about receiving shots while 15 percent were against it entirely. 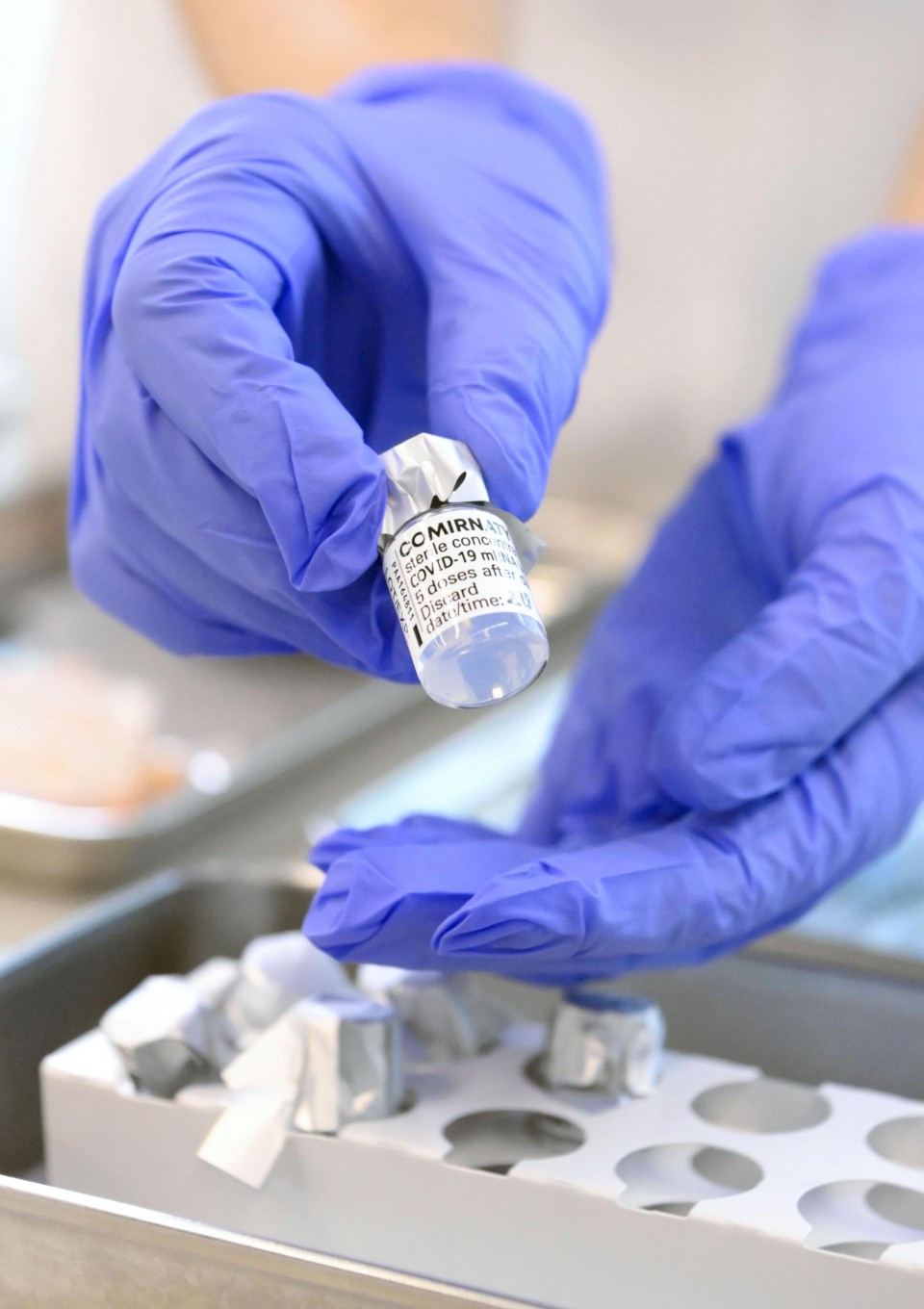 Through their caregivers, who responded to the survey on their behalf, they cited worries about side effects and doubts about the effectiveness of the vaccines.

Around 43 percent of respondents said they will happily take the shots, according to the poll conducted from Feb. 1 to 12 by Internet Infinity Inc., a Tokyo-based healthcare service provider.

"Many elderly people who require nursing care have preexisting conditions and face a higher risk of developing severe symptoms once infected," said an Internet Infinity official. "It is necessary to raise their vaccination rate by informing them and encouraging them to receive a jab."

Vaccination of a further 4.7 million medical workers is to begin in March, followed by 36 million people aged 65 or older from April 12, according to the country's vaccination timetable.

People with preexisting conditions and those working at elderly care facilities will be next in line, followed by the general population.

Of those who were undecided about vaccination or determined not to be inoculated, 77 percent pointed to "worries on safety or side effects," while 39 percent said they "don't know if (the vaccinations) are effective."

COVID vaccine for elderly to be distributed based on population

Some of the same group said mobility difficulties might prove a hurdle to accessing vaccination centers, while others worried they may come into contact with infected people when traveling to receive the vaccination.

Asked what might be a deciding factor for the undecided or unwilling, 44 percent pointed to an increase in the number of vaccinated people in Japan, while 39 percent noted their families or people close to them getting jabs would influence them. Some 27 percent said a request by a family member would make them more likely to get a jab.