With Beijing Games year away, fears remain over pandemic, boycotts

With the 2022 Beijing Winter Olympics scheduled to open a year from Thursday, concerns are growing over another wave of novel coronavirus infections in China, along with the threat of a games boycott by some countries over human rights issues.

Beijing is set to become the first city to have hosted both the summer and winter games, but the recent rise in coronavirus infection cases has fueled fears the 2022 Olympics may be postponed or canceled. 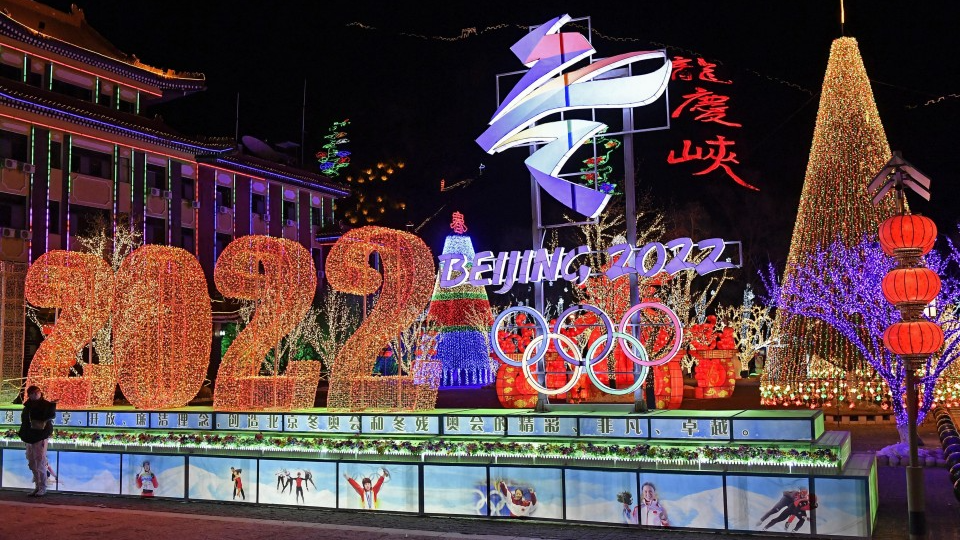 The logo of the 2022 Beijing Winter Olympics is lit up at an ice and snow festival in the Yangqing district of the Chinese capital on Feb. 3, 2021, almost a year before the start of the Olympics on Feb. 4. (Kyodo) ==Kyodo

With the 2020 Tokyo Summer Games already postponed by a year and subject to continued speculation about cancellation amid the pandemic, Beijing has refrained from holding large-scale events to commemorate the one-year mark.

A countdown timer projected on a 130-meter tower near a games venue turned to "365 days" on Thursday without any crowds present, in stark contrast to the large gathering that marked the 1000-day milestone in May 2019.

Late last month, Chinese President Xi Jinping pledged to work together with the International Olympic Committee toward the success of the Beijing Games during telephone talks with IOC President Thomas Bach.

In China, however, at least dozens of new cases have been reported daily for the past few months, although the increase in new infections apparently peaked in late February 2020 on the back of the ruling Communist Party government's radical "zero corona" policy.

"I personally hope Chinese authorities will make a bold decision to postpone the Olympics," a 35-year-old Chinese male employee for a Japanese company in Beijing said.

Many test events for the Winter Games have been canceled against the backdrop of the pandemic. Some diplomatic sources say China might be compelled to consider whether to hold the main competitions through Feb. 20 as it has envisioned.

In addition to the outbreak, China could face boycotts by other nations critical of alleged human rights abuses in the country's regions including Hong Kong, Tibet and Xinjiang.

More than 160 human rights organizations worldwide have reportedly sent a joint letter to the IOC to reverse its decision to allow Beijing to host the 2022 games.

Wang said, "I must point out that it is highly irresponsible for some parties to try to disrupt, intervene and sabotage the preparation and holding of Beijing Winter Olympic Games to serve their political interests."

"Such actions will not be supported by the international community and will never succeed," he added. 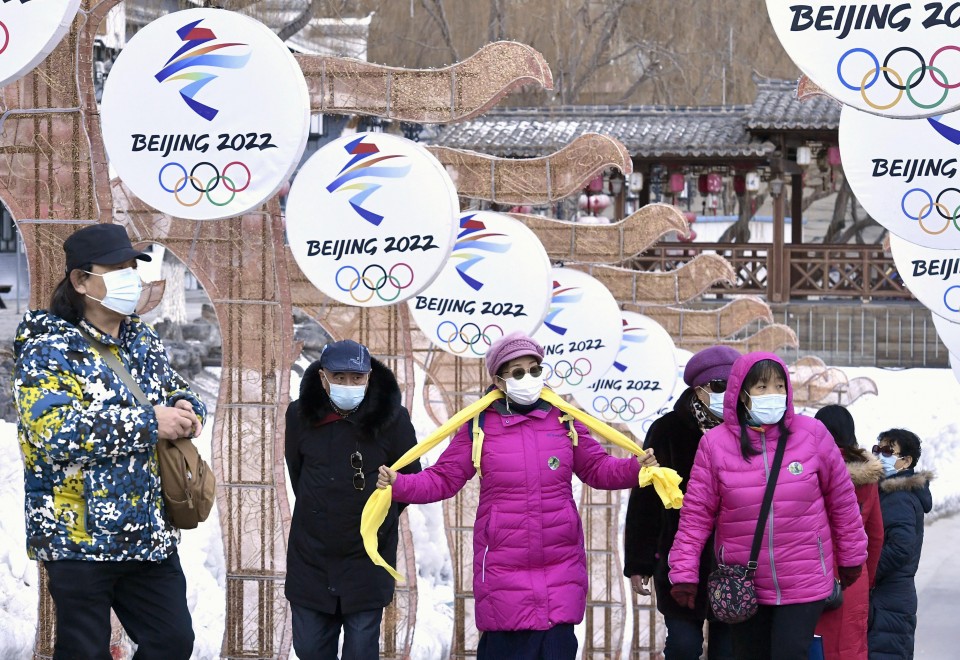 The logos of the 2022 Beijing Winter Olympics are seen at the venue of an ice and snow festival in the Yanqing district of the Chinese capital on Feb. 3, 2021, almost a year before the start of the Olympics on Feb. 4. (Kyodo) ==Kyodo 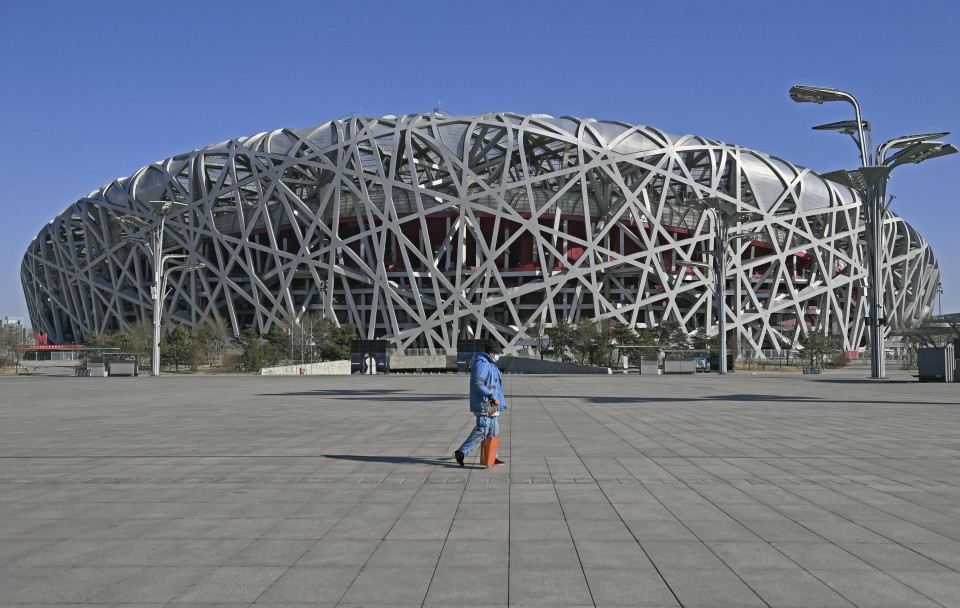