Prime Minister Yoshihide Suga denied Friday that an ethics scandal involving a senior press official had anything to do with his decision not to hold a news conference that day when announcing the partial lifting of the coronavirus emergency.

Cabinet Public Relations Secretary Makiko Yamada, who moderates Suga's news conferences, came under fire after she was found to have been treated to a luxurious dinner in 2019 by the now-prime minister's eldest son, who represented a stakeholder. 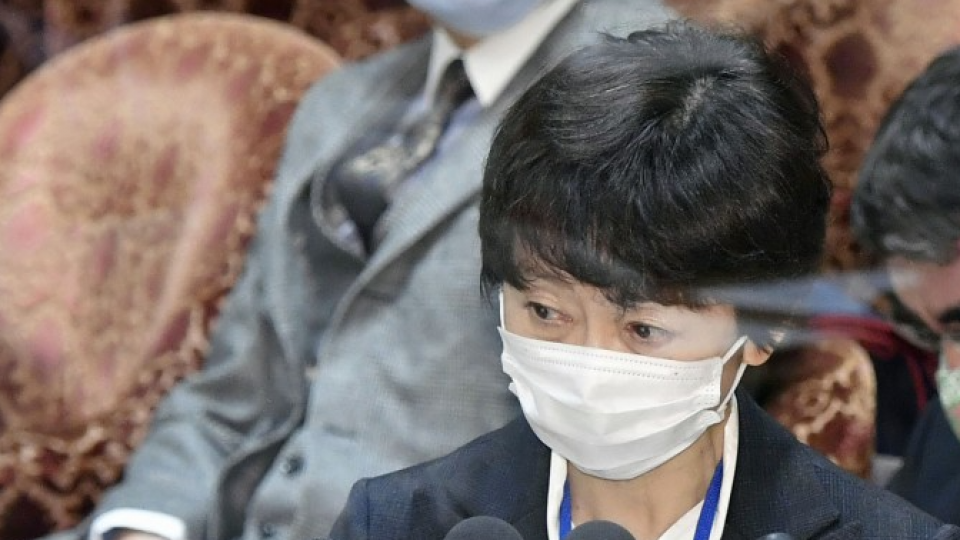 Cabinet Public Relations Secretary Makiko Yamada speaks during a House of Representatives committee session in Tokyo on Feb. 25, 2021. The 60-year-old elite bureaucrat is facing pressure from the opposition camp to resign over a 2019 treatment to a luxury dinner by the eldest son of Prime Minister Yoshihide Suga. (Kyodo) ==Kyodo

While Suga skipped holding a formal press conference, as is usually done when declaring or lifting an emergency, he spoke to the press and took questions from reporters.

His decision fanned speculation he is attempting to shield Yamada. But Suga told the reporters in the evening, "It is absolutely irrelevant," and said Yamada is actually addressing the issue in parliament.

Suga also said he is "not aware" of the punishment given to his son Seigo. Tohokushinsha Film Corp., the operator of a satellite broadcasting business where Seigo Suga works, has subjected him to disciplinary action and dismissed him from his post as head of "hobby and entertainment community operations" at the firm's media business division. 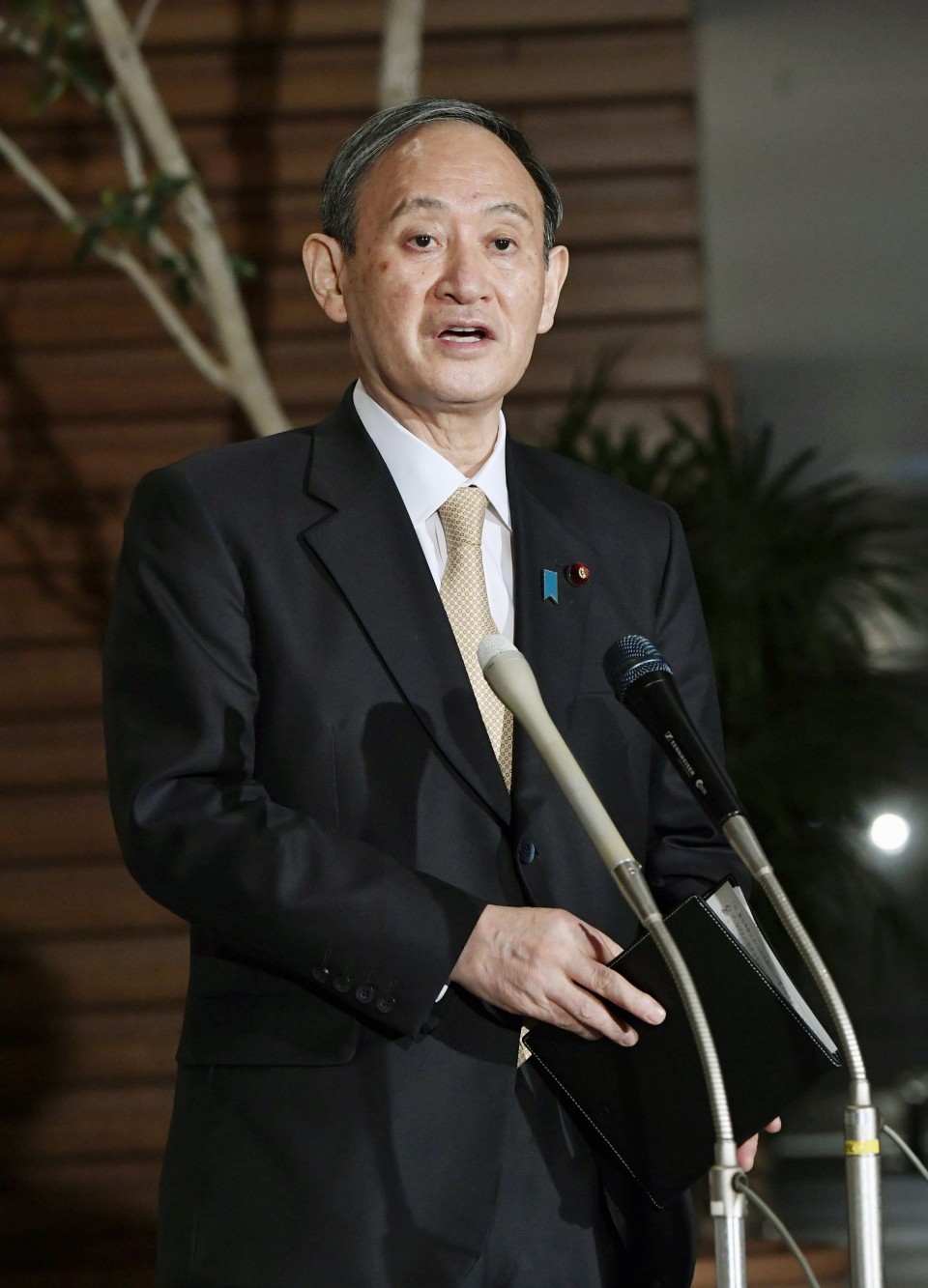 Japanese Prime Minister Yoshihide Suga meets the press at his office in Tokyo on Feb. 26, 2021. (Kyodo)

Suga said a press conference should be held after assessing the coronavirus situation and deciding whether to lift the state of emergency in the remaining prefectures on its scheduled end date of March 7.

Chief Cabinet Secretary Katsunobu Kato said in his press conference that Japan has "yet to reach that stage."

On Thursday, Yamada, a former senior bureaucrat at the communications ministry, who became Japan's first female Cabinet public relations secretary under Suga and the first female executive secretary for a prime minister under his predecessor Shinzo Abe, faced calls from the opposition to resign but told the parliament she plans to stay on when called to provide witness testimony.

Suga announced Friday that Japan will lift its virus emergency for six prefectures at the end of the month ahead of schedule, while maintaining the measure for the Tokyo metropolitan area.

Kiyomi Tsujimoto of the main opposition Constitutional Democratic Party of Japan expressed doubt about the government's decision for Suga not to hold a press conference, saying, "Normally, this is the time to (do so)."

"The government must be trying to hide Yamada," she said.

Major media organizations asked that Suga front the press on Friday, saying various issues need to be explained, including decisions surrounding the state of emergency and ethics code violations by senior bureaucrats.

Eleven officials of the communications ministry have been punished after being wined and dined by officials of Tohokushinsha.

But Yamada, who was a vice minister for policy coordination at the communications ministry when she dined with Tohokushinsha officials in 2019, escaped a reprimand as she has already left the ministry and the ethics code does not cover an individual granted special status to serve in a government post.

Tohokushinsha announced Friday the resignation of its president, Kiyotaka Ninomiya. Suga's son has also resigned as director of Igo & Shogi Channel Inc., a subsidiary of the broadcasting company.

"A lack in compliance awareness has led to serious consequences involving disciplinary action among communications ministry employees," according to Tohokushinsha, which did not reveal details of the penalty against Seigo Suga.

The National Public Service Ethics Law prohibits central government officials from receiving favors from stakeholders. Yamada has offered to forfeit 60 percent of her salary in her current role for one month, approximately 700,000 yen ($6,600), over the scandal.