Brazilian winger Mateus' brace got Nagoya Grampus off to a winning start in the new J-League campaign on Sunday, with a 2-1 away win over promoted Avispa Fukuoka.

Mateus netted just four minutes into the game at Best Denki Stadium with a fine solo effort and calmly added the second in the 55th minute. An 83rd-minute own goal by Yutaka Yoshida forced a nervy end to the game but the away side staved off a late Avispa foray to secure full points. 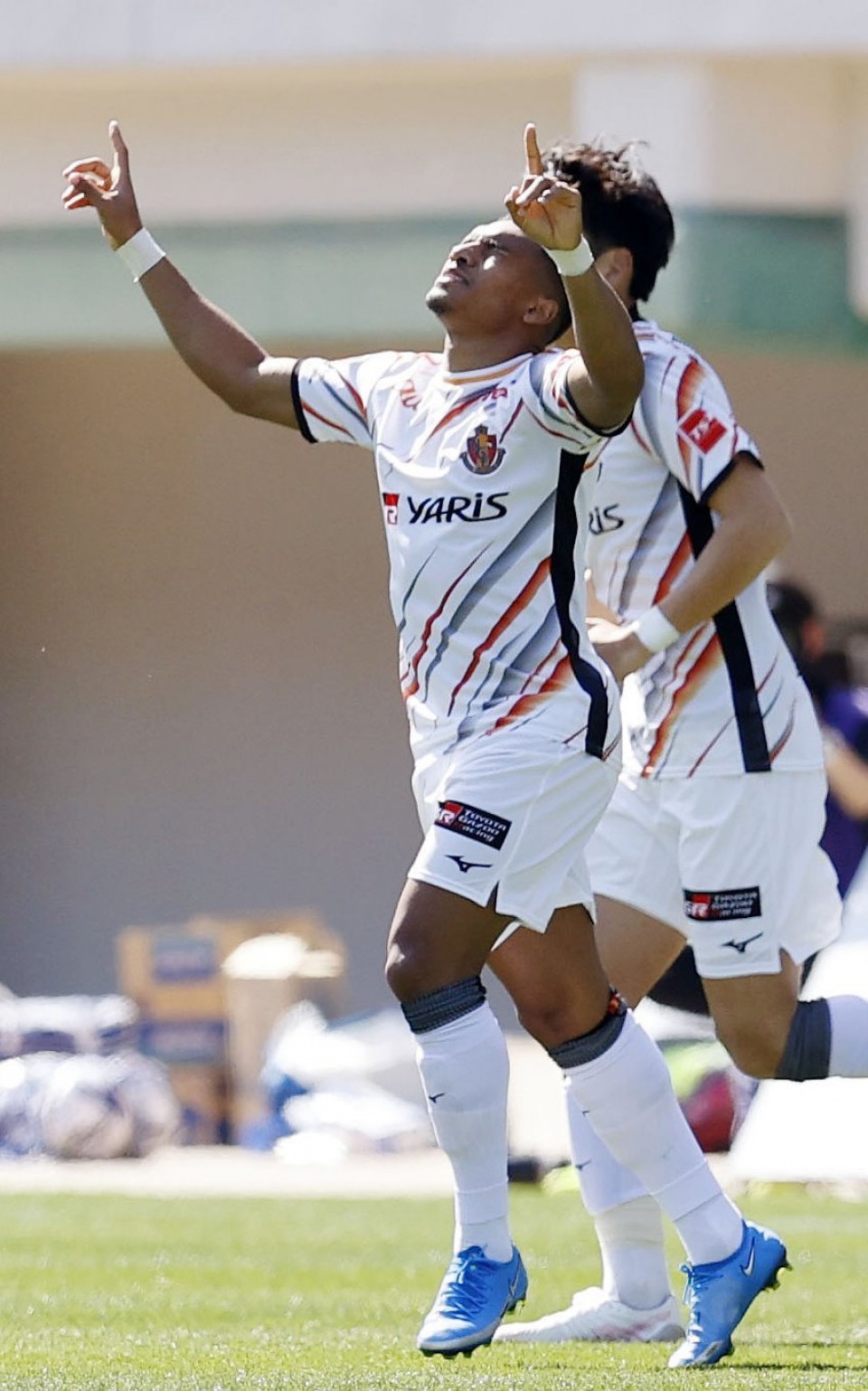 "We were expecting a difficult game away from home and I'm glad to have come away with three points in the season opener," said Mateus, who grabbed the game's first chance in clinical fashion.

Yuki Soma played him down the left flank and the Brazilian nutmegged a defender on the edge of the box. He then beat another defender inside before threading a low effort between the legs of Fukuoka keeper Masaaki Murakami.

Dribbler Soma stung the keeper's palms with efforts, one off each foot, as Nagoya piled on the pressure. Fukuoka, back in the top flight for the first time since 2016, were second best in picking up loose balls in the difficult first half with only one shot registered.

With marquee signing Yoichiro Kakitani displaying neat touches in the attack, Grampus scored their second when Yoshida's cross from the left was only half cleared by Carlos Gutierrez before Mateus rolled home at the far post.

Kakitani's former Cerezo Osaka strike partner, Brazilian Bruno Mendes, had the home side's best chance in the 78th minute, when his header off an Emil Salomonsson cross hit the post.

Avispa pulled one back five minutes later as Yoshida, under pressure from substitute Takeshi Kanamori outside the box, miskicked his clearance in the air and looped it over the head of Nagoya keeper Mitch Langerak into the corner of the net.

But Nagoya hung on to the lead as this season's Asian Champions League participants kicked off their busy season on a winning note.

"I've managed to prepare well from the preseason camp and I'm glad to have contributed with my two goals," said Mateus. "Hopefully I can better my (nine) goal tally from last season."