Revenue loss in the international tourism sector in 2020 caused by a decrease in travelers crossing borders is estimated at $1.3 trillion, on the back of strict travel bans imposed by countries amid the coronavirus pandemic, a U.N. body said.

Last year's international arrivals fell by one billion, or 74 percent, from 2019, ensuring that the overall estimated damage was over 11 times larger than in 2009 in the wake of the global financial crisis, according to a recent press release by the World Tourism Organization, a specialized agency of the United Nations. 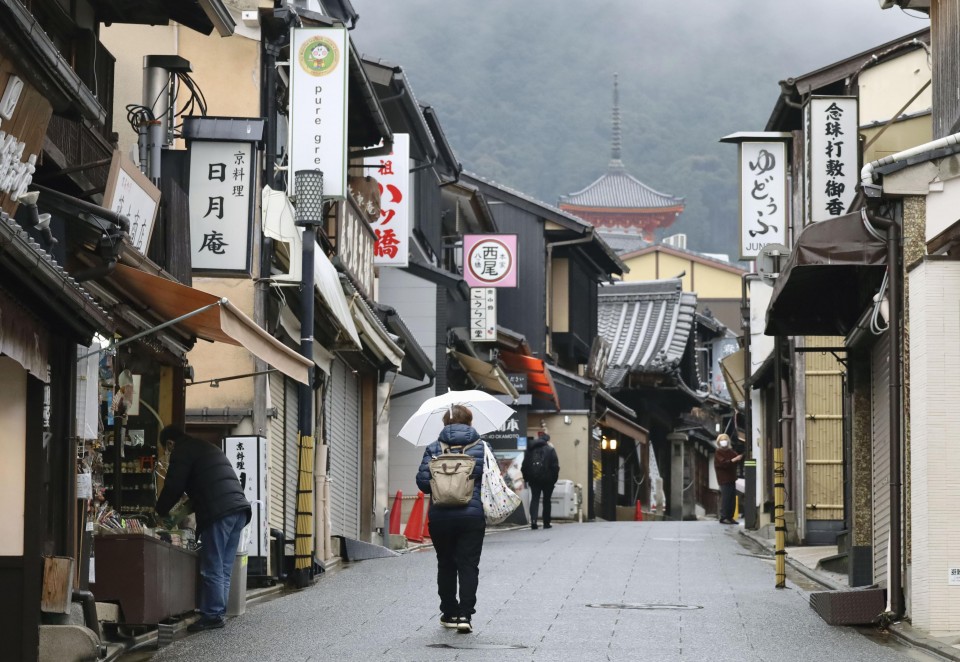 Due to the economic fallout from the virus spread, 100 to 120 million people have been put at risk of losing their jobs in the tourism industry, the Madrid-based body said, adding that many of them are from small and midsized business operators.

"Global tourism suffered its worst year on record in 2020," the agency, also known as UNWTO, said in the news release, citing an "unprecedented fall in demand and widespread travel restrictions" to prevent the virus from further spreading.

By region, Europe saw the largest drop in absolute numbers, with overseas arrivals down 500 million, or 70 percent, from the previous year. Meanwhile, those in Asia and the Pacific nations tumbled by 300 million, marking the sharpest decrease at 84 percent.

On a percentage basis, the Middle East and Africa followed with a 75 percent plunge each, with the North and South Americas experiencing a 69 percent sink.

As for 2021, a UNWTO panel of experts survey showed 45 percent of respondents forecast the situation will become better, while 30 percent predicted a deterioration, according to the press release. The remaining 25 percent expected a similar performance to 2020.

The survey also showed that 43 percent think the tourism industry will rebound to pre-pandemic levels in 2023, with 41 percent saying it will happen in 2024 or later.

UNWTO said that it expects the "gradual rollout of a COVID-19 vaccine" to bring about a recovery in consumer sentiment and eased travel restrictions, making travel relatively normal, albeit at a slow pace, during 2021.

"While much has been made in making safe international travel a possibility, we are aware that the crisis is far from over," said Zurab Pololikashvili, secretary general of UNWTO.

"The harmonization, coordination and digitalization of COVID-19 travel-related risk reduction measures, including testing, tracing and vaccination certificates, are essential foundations to promote safe travel and prepare for the recovery of tourism once conditions allow," the agency's chief added.

Since first detected in the central Chinese city of Wuhan in late 2019, the virus has continued to spread globally and has resulted in over 105 million infection cases and more than 2.3 million deaths, according to data compiled by Johns Hopkins University.