In an era long before pro ballplayers ached to move to Japan to boost their careers back home, Greg "Boomer" Wells went from exile to icon, as the nation's baseball community adopted him and made him a member of its close-knit family.

Sold by the Minnesota Twins to the Hankyu Braves of Japan's Pacific League in 1983, Wells set out to prove himself. In 1984, he became the first imported player to win a batting triple crown in Japan, leading the Braves, the predecessors of today's Orix Buffaloes, to the Pacific League pennant. 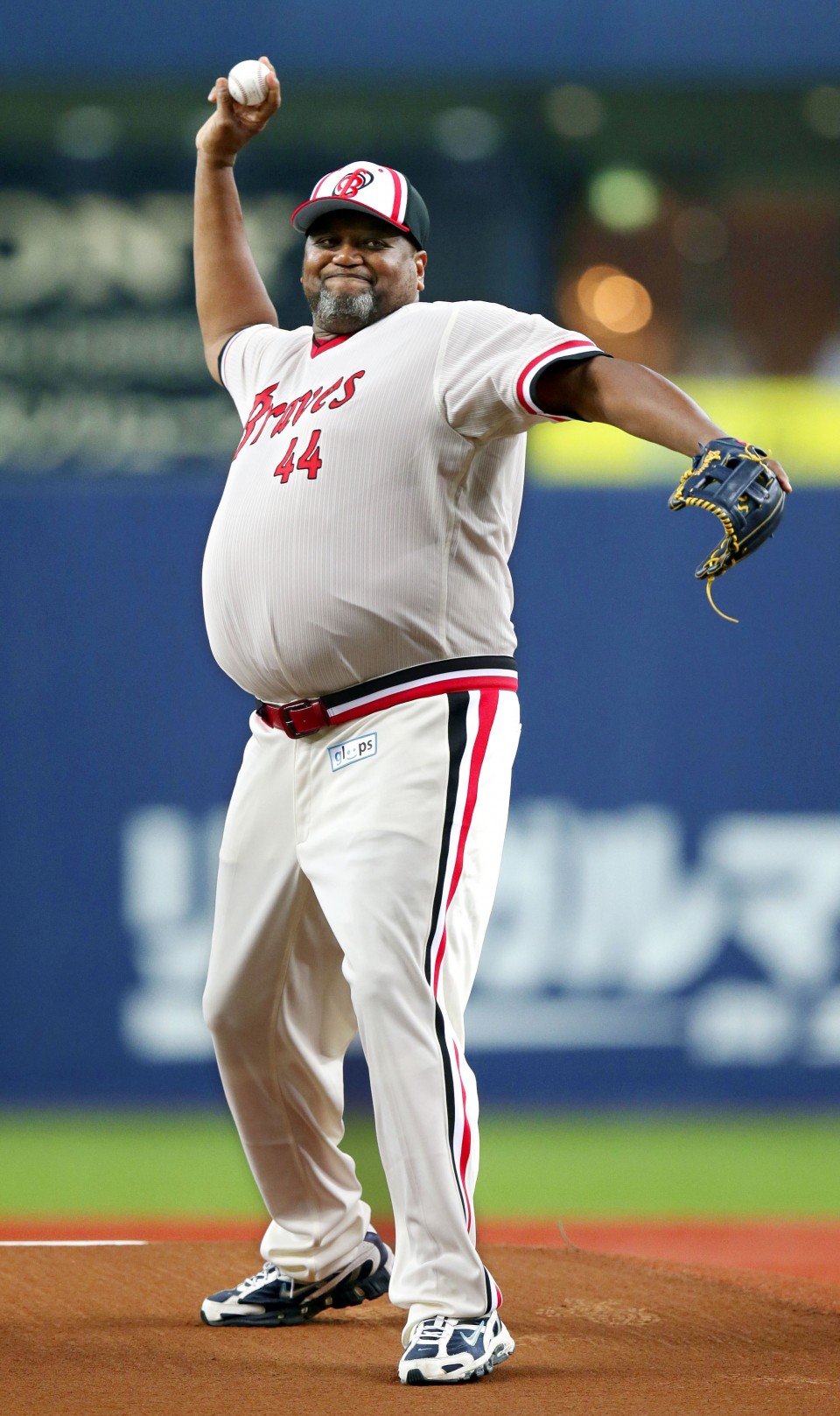 In a recent online Kyodo News interview from his home in Georgia, Wells said that MVP season created a demand for his services. Japanese teams, he said, began asking him to advise new imports on how to adapt, while major league teams wanted to sign him.

However, Wells said the best offer he got that winter, from the Milwaukee Brewers, represented more of the same condescension he had faced as an undrafted player in the minors.

"They said they didn't want to get into a bidding war with the Japanese. If they wouldn't have said that, I might have gone back. But when they said that, it brought everything to the front," he said.

So Wells stayed with the Braves, playing at Hyogo Prefecture's Nishinomiya Stadium, and became one of the faces of Japan's game.

Wells finished his Japanese career in 1992 with the Daiei Hawks in Fukuoka. Over 10 seasons, Wells hit 277 home runs and drove in 901 runs, while walking more than he struck out with Nippon Professional Baseball's fifth-highest career batting average: .317.

None of that was a given when he arrived for his first spring training in snowy, cold Kochi Prefecture.

Back home, Wells signed with the Toronto Blue Jays after they gave him a tryout. Instead of creating major league opportunities, two big Triple-A seasons earned him a ticket to Japan where his first American teammate, Bump Wills, was a more experienced big leaguer.

"The younger guys I always got along with, but the older guys, they were kind of stand-offish. They gravitated toward Bump because Bump was the star," Wells said. "He'd been a big leaguer for a while. But once they saw I could play hard every day and that I did whatever it took to win, they started gravitating toward me."

Wells said he told new imported players that to succeed they had to adjust to Japan, since Japan didn't have to adjust to them.

"When I came to Japan, they whispered and talked about the ugly American," Wells said. "We set out to change that. We did a pretty good job, the guys who played in my era. We played hard. We tried to succeed. We got along."

Wells and his Hall of Fame Braves skipper, the late Toshiharu Ueda, became close, too. Although Ueda had a well-earned reputation as a no-nonsense taskmaster, Wells' joyful demeanor and his habit of joking and teasing teammates never invited the skipper's wrath.

That was until one off-day practice session, when Wells was in no mood for humor and just kept to himself. Unused to his star leaving his teammates in peace, Ueda insisted Wells was sick and wouldn't leave it alone.

"He called the trainer over and said, 'See what's wrong with Boomer,'" said Wells, who couldn't persuade the skipper he was fine. "I've got the trainer checking my pulse and looking in my eyes. So, Ueda-san is speaking English now, 'There's something wrong with Boomer. No laughing, no joking.'"

Wells admits that some of Japan's ways are just as confounding to him now as they were 30 years ago, but his effort to get along contributed to more than just a baseball career.

"I stayed in Japan. I enjoyed it. My manager, Ueda-san, was like close kin. I made a lot of friends in Japan," Wells said. "When I go back to Japan, we're hugging and talking and laughing and they tease me about my weight. You get to be family."