The U.N. Security Council on Thursday called for "the immediate release of all those detained" including Myanmar leader Aung San Suu Kyi following a military coup earlier this week in the Southeast Asian country.

The members of the Security Council "expressed deep concern at the declaration of the state of emergency imposed in Myanmar by the military on 1 February and the arbitrary detention of members of the government, including State Counsellor Aung San Suu Kyi and President Win Myint and others," they said in a press statement. 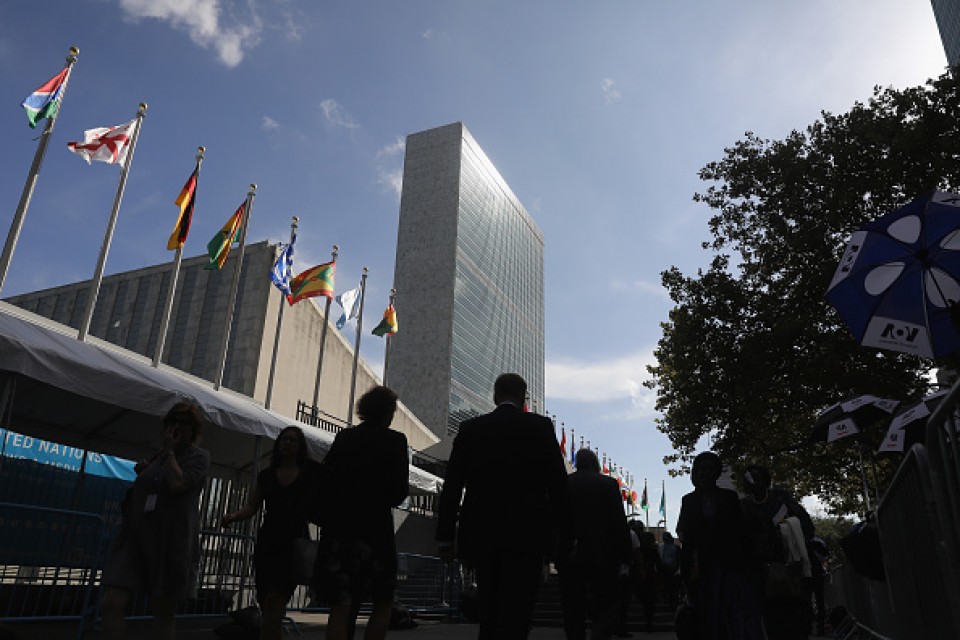 A day after the military coup, the Security Council held a closed-door meeting to discuss the situation. Britain, serving as chair of the session, was not able to steer the council to a unified message of condemning the coup as China and Russia requested more time to assess the matter, according to a diplomatic source.

As further negotiations among the 15 member countries continued, China sought changes in the statement's wording and eventually the Security Council agreed to issue a press statement omitting the strongest expressions.

The issuance of a press statement by the council requires consensus among all member states.

While the Security Council managed a collective response to the Myanmar situation, the message appears weak, avoiding direct criticism of the coup.

The statement also avoids using the word "coup," and instead expresses concern over the declaration of the state of emergency by the military.

Monday's coup, through which the military seized power in Myanmar, is seen as destroying the country's democratic system.

The statement said the Security Council members "emphasized the need for the continued support of the democratic transition in Myanmar."

"They stressed the need to uphold democratic institutions and processes, refrain from violence and fully respect human rights, fundamental freedoms and the rule of law," it added.

The members of the Security Council also "expressed concern at the restrictions on civil society, journalists and media workers," while reiterating "the need to address the root causes of the crisis in Rakhine State and to create conditions necessary for the safe, voluntary, sustainable and dignified return of displaced persons," referring to a humanitarian crisis involving an ethnic minority in the country.

Rohingya Muslims have fled to take refuge in neighboring Bangladesh from Rakhine State, with Suu Kyi drawing international outcry over her handling of the matter.

The military, which ruled Myanmar directly from 1962 to 2011, staged the coup, claiming that the November general election was marred by fraud. It said that the state of emergency will continue for one year.

Although the international community has denounced the coup and the detention of elected leaders, Myanmar junta leader Senior Gen. Min Aung Hlaing indicated that a general election could be held by August next year at the earliest.