Huge protests against last week's coup continued in Myanmar for a seventh day on Friday, as the number of demonstrators swelled into hundreds of thousands across the country, making it one of the largest such protests to date, Reuters news agency reported.

Three people were wounded by rubber bullets fired by police during the protests, according to the report. 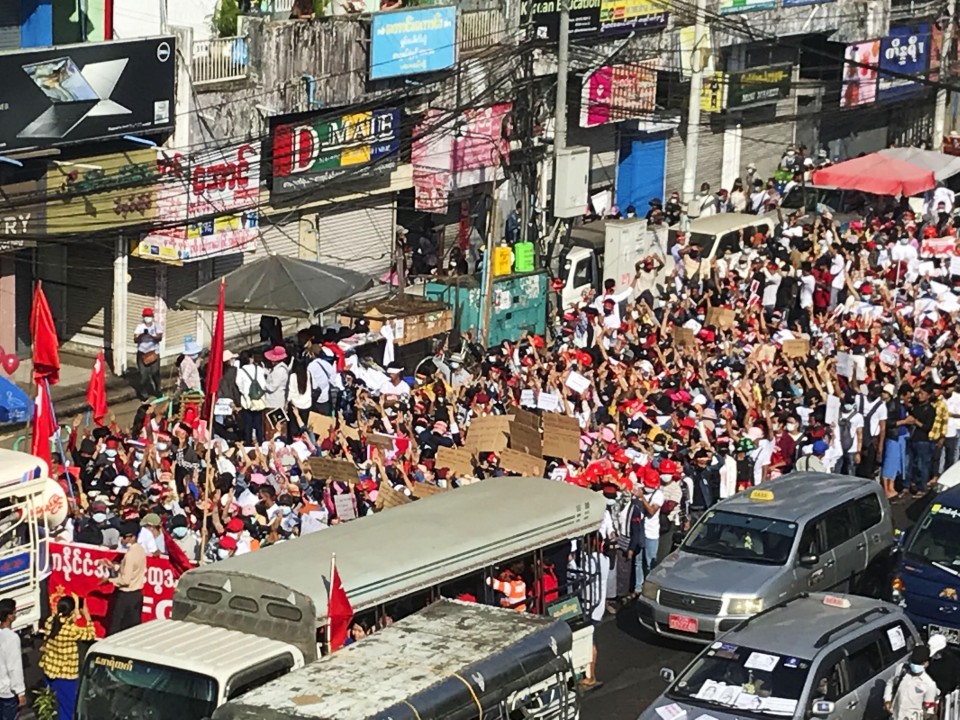 People protest in Yangon, Myanmar, on Feb. 12, 2021, against the military that has detained Aung San Suu Kyi and other government leaders since it staged a coup on Feb. 1. (Kyodo)

Protesters filled the streets, including in the largest city Yangon and the capital Naypyitaw, on a public holiday, hours after the United States slapped sanctions on the military's coup plotters.

Among the protesters in central Yangon were government workers who said they would not remain quiet just because they are civil servants. They called for the release of Aung San Suu Kyi and other leaders of the formerly ruling party, the National League for Democracy, who have been detained following the coup.

In Naypyitaw, monks holding up portraits of Suu Kyi joined in protests, denouncing the police's use of force against demonstrators. 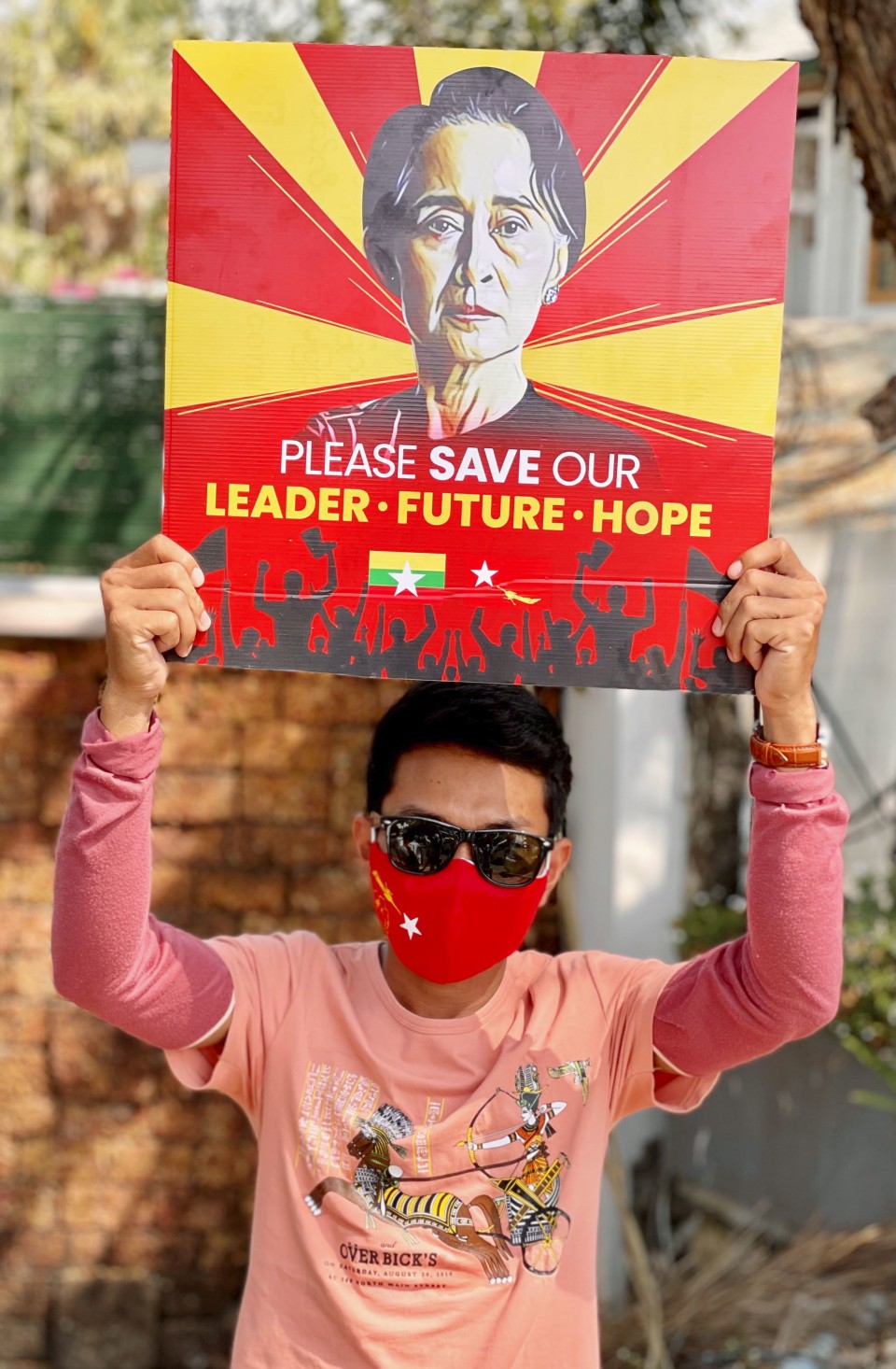 A man holds up a sign calling for the release of Aung San Suu Kyi, who has been detained by the military since the Feb. 1 coup, in Yangon, Myanmar, on Feb. 12, 2021. (Kyodo)

Footage posted on social media showed a man in Mon State in eastern Myanmar purportedly beaten up by the police and taken into custody.

In Geneva, the U.N. Human Rights Council held a special meeting on Myanmar at which European countries condemned the coup. But China and Russia opposed holding the meeting itself on the grounds that the coup is a matter of internal affairs for Myanmar.

Earlier Friday, state media reported that the military has pardoned 23,369 prisoners including 55 foreigners, with its leader urging civil servants to stop joining protests and return to work.

Senior Gen. Min Aung Hlaing said in a statement on the Myanmarese prisoners that their sentences were remitted as the country "is establishing a new democratic state with peace, development and discipline" to turn them into decent citizens, while in another statement on the foreigners, remittance is "to maintain friendly relations with other countries."

It is usual for a new government to pardon prisoners, but local people voiced concerns that releasing the inmates was aimed at making room for people who may be arrested during ongoing anti-coup protests.

On Thursday evening, Min Aung Hlaing addressed the protests for the first time in public, blaming "unscrupulous persons" for stoppages in a growing civil disobedience movement by medics, teachers, railway workers and other government employees, according to reports by Reuters.

"Those who are away from their duties are requested to return to their duties immediately for the interests of the country and people without focusing on emotion," he said, according to the reports.

In a statement issued by the army's information service, he also urged people to avoid gatherings, which he said would fuel the spread of the coronavirus.

The military earlier this week issued a ban on gatherings of more than four people, as well as a nighttime curfew in parts of the country, including Yangon, Naypyitaw and the second-largest city Mandalay.

The administration of U.S. President Joe Biden said Thursday it has imposed sanctions on Myanmar's military leader and others behind last week's coup and is taking actions to immediately limit exports of sensitive goods to the country.

Ten individuals, including Min Aung Hlaing and his deputy Soe Win, as well as three business entities owned or controlled by the military, will face asset freezes in the United States. The spouses and adult children of the individuals could also be blacklisted, the White House said.

During massive protests on Tuesday, police fired warning shots and rubber bullets, with some injuries reported, including a young woman left on life support after being shot in the head.

The military ousted Suu Kyi's elected government after challenging the legitimacy of last November's general election -- in which her NLD won by a landslide, while the military-backed opposition party fared dismally.