Washington Wizards head coach Scott Brooks praised Rui Hachimura for "one of his best games of the year" Sunday after the second-year forward contributed 15 points and solid defense in a 104-91 win over the Boston Celtics. 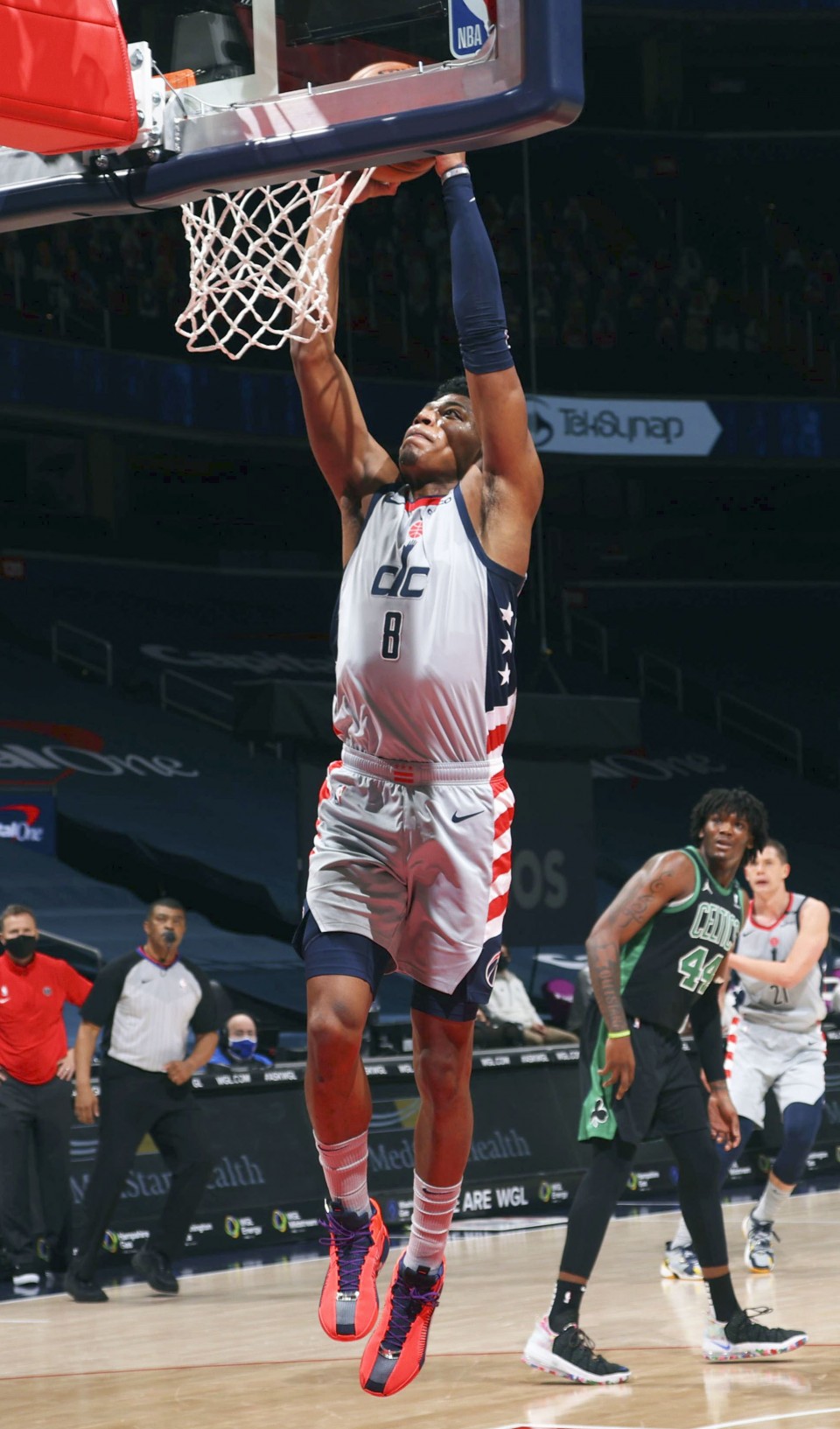 Rui Hachimura (8) of the Washington Wizards dunks the ball against the Boston Celtics on Feb. 14, 2021, in Washington. (Copyright 2021 NBAE)(NBAE/Getty/Kyodo)

The 23-year-old from Toyama Prefecture had been working to improve his defensive versatility and eliminate a bad habit of giving opposing shooters too much room, with his efforts paying off, according to Brooks.

"He was active on defense. He's going to have to continue to get better at guarding guys who are smaller than him, and sometimes guys that are bigger than him," Brooks said in an online press conference following the win.

"Sometimes he has a bad tendency to close out about a foot short (on shooters). But I thought tonight...he did it one time only."

The league's leading scorer, Bradley Beal, poured in 35 points for the Wizards, who improved to 7-17. Jaylen Brown and Kemba Walker led the Celtics with 25 apiece.

Hachimura's willingness to run the floor and attack the basket, rather than settling for jump shots, had also made a big difference in his 22 minutes against Boston, Brooks said.

While Hachimura is averaging a somewhat modest 5.3 rebounds per game, Brooks said the numbers were not a concern, and reflected his defensive role, which often involved switching onto opposing players away from the basket.

"Those rebounds are going to come (some) nights, and they're not going to be there some other nights," Brooks said.