When the coronavirus pandemic hit last year, Japan's booming sauna industry had a problem: packed hot rooms seemed to violate all the new rules of social distancing and ventilation.

But instead of spelling the end of the good times, the challenge has led to a burst of innovation, with the emergence of saunas for individuals and even outdoor versions in such scenic spots as riverbanks.

"It has become an opportunity for novelty to become pervasive," said Yasutaka Kato, 37, representative director of the Japan Association of Sauna and a physician. 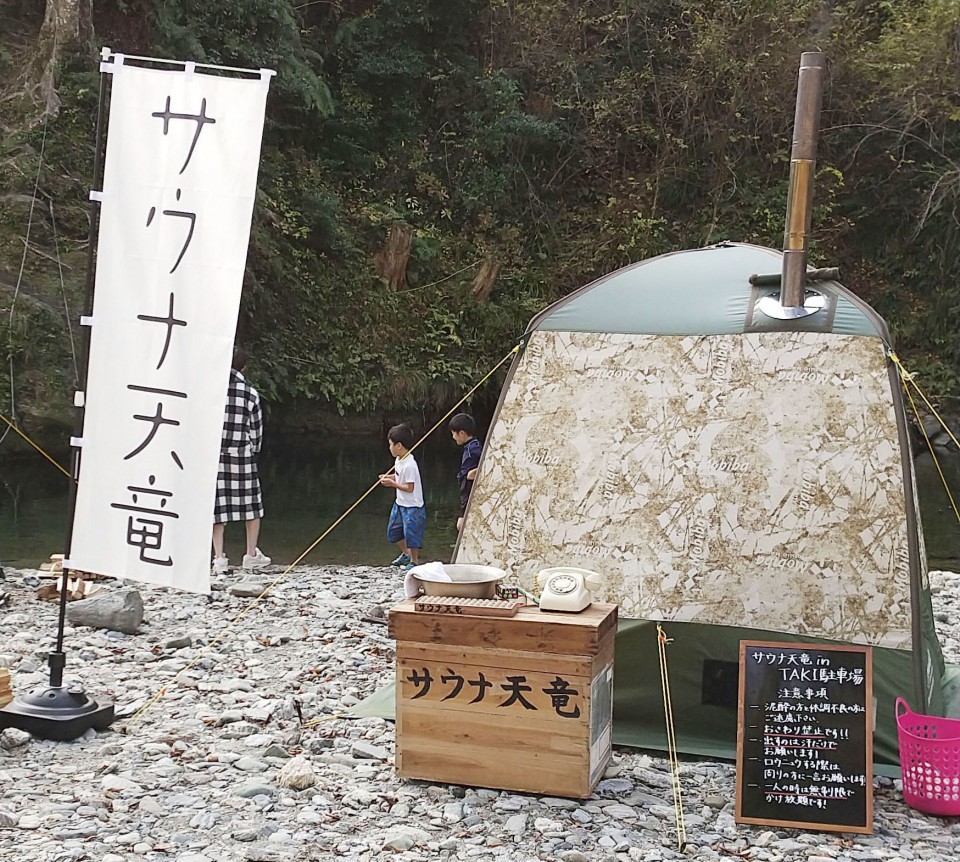 Supplied photo taken on Nov. 29, 2020 shows a tent sauna on a riverbank of the Atago River in Hamamatsu, Shizuoka Prefecture. (Photo courtesy of Tatsuya Suzuki) (Kyodo)

Japan's saunas were once seen as the preserve of middle-aged men, but in recent years they have drawn in increasing numbers of younger people and women too. And despite the pandemic, the appetite to sweat one's way to health or beauty or just let the heat unknot a stiff body seems undiminished.

Solo Sauna Tune, an upscale sauna in Tokyo's Shinjuku Ward, opened in December with private rooms only, while, in another departure from the norm, eschewing the usual hot-and-dry style of sauna common in Japan for the Finnish steam bath approach.

"The coronavirus overlapped with the noticeable crowds we began seeing at saunas around Japan, and we decided to open private rooms," said Daisuke Kawase, 38, director of the sauna's operating company. 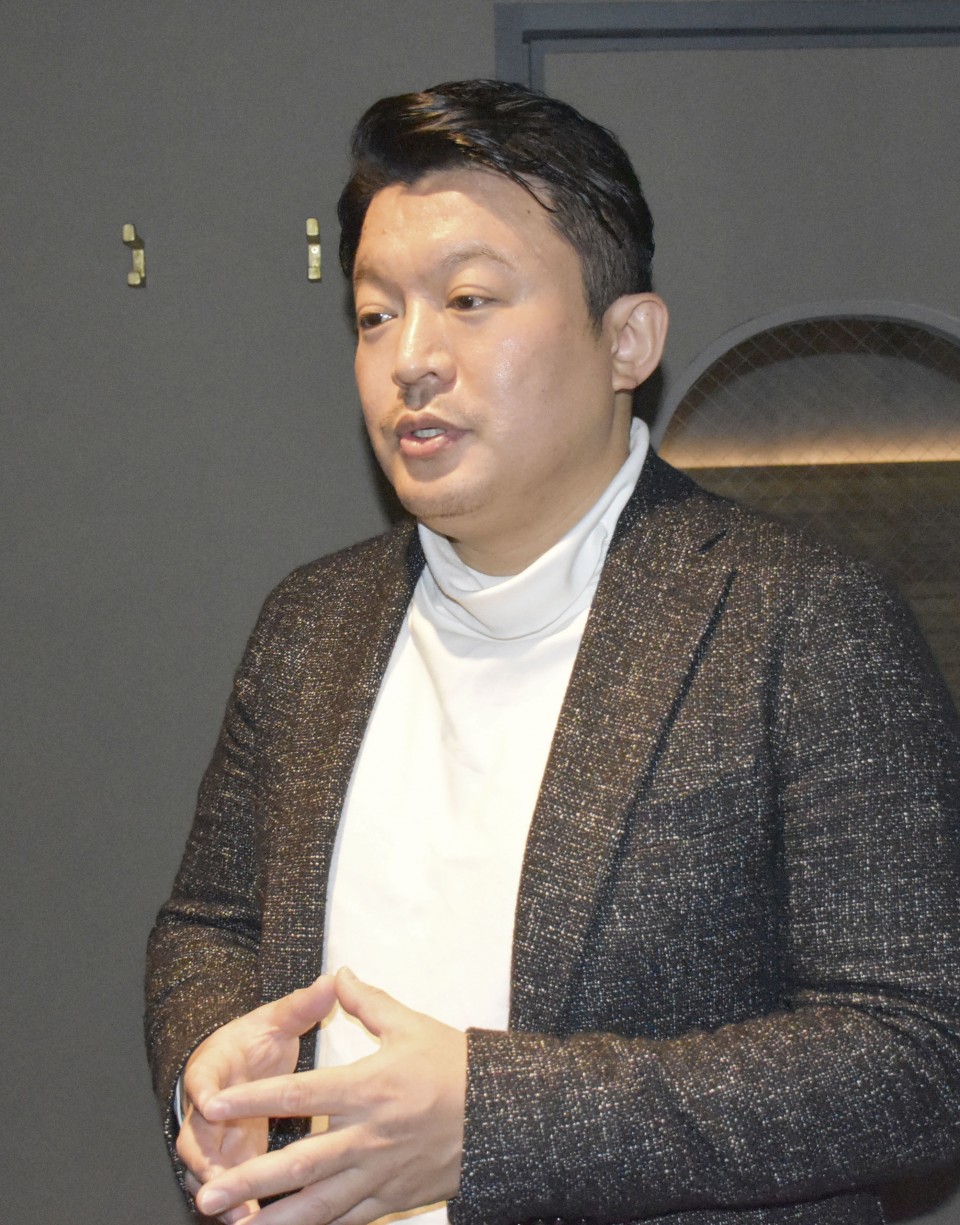 Customers can throw birch-scented water on the hot stones to generate wet steam, known as "loyly," which is purported to have health benefits for the hair and skin. Even the wood-burning stoves used to heat the rocks are imported from Finland.

"It's so refreshing, nothing gets in your way," said customer Takeshi Yamanouchi, while wiping away perspiration after using the solo facility for the first time in January.

Yamanouchi, 42, a Tokyo company employee, had frequented communal saunas before but now extolls the use of private heating rooms where one can avoid the 3Cs -- closed spaces, crowded places, and close-contact settings -- and "have no need to feel ill at ease."

Solo's private sauna rooms come with a shower for a cold splashdown, a resting space and a changing area. For female customers, there's a powder room with emollients on hand. The bathhouse is usually fully booked two weeks in advance.

Compared to the hot and dry style of sauna, the temperature of the facility is lower. But adjusting the room's humidity oneself by splashing the stones with water to generate loyly is the Finnish sauna-goers real pleasure, the company says.

Another major innovation by the industry has been sauna tents furnished with wood-burning stoves that have recently popped up around the country by the sides of rivers.

One operator, Tatsuya Suzuki, 37, decided the time had come to start a sauna tent business along the Atago River in Hamamatsu, the city where he works in Shizuoka Prefecture, central Japan, when the sauna he had frequented closed its doors due to the pandemic.

Since September, he has opened the tent for business on a bimonthly basis and gets around 30 customers each time. "You have the river to take a cold plunge in and this fantastic view of the outdoors. You can't beat it," said Suzuki.

Japan's sauna craze was largely inspired by the hit manga series Sado (way of the sauna) by Katsuki Tanaka released in 2016, which later spun off into a TV drama series.

The sauna association's Kato predicts the purported health benefits of saunas will only add to their allure and give them a more versatile role to play in the future. But he cautioned that until the pandemic ends, users and facility operators alike should be safety conscious.

The association released guidelines in June 2020 noting that sauna rooms have structurally poor ventilation and that it is difficult to keep distance between users in multiperson hot rooms.

In particular, the guidelines point out that despite a popular belief, heat and humidity cannot be relied on to kill the coronavirus, meaning preventive measures such as adequate physical distancing, disinfecting surfaces, and asking bathers to minimize conversations are essential.

"It is important that not only sauna operators have the right mental attitude but that each user also is making efforts to ensure social distancing and limiting conversations and other such practices," Kato said. 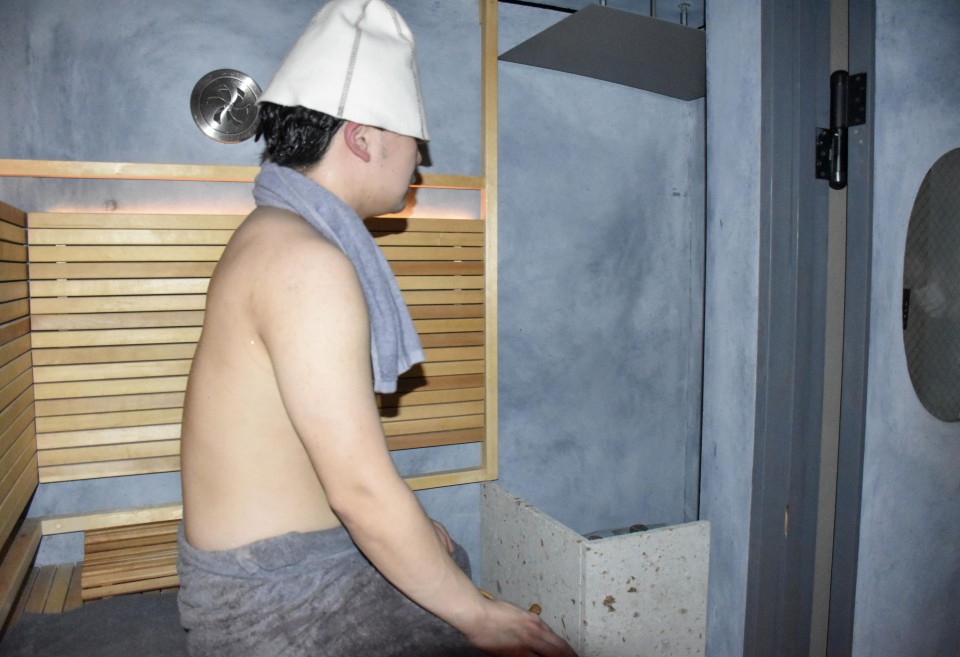