The Feb. 1 coup laid bare a serious fissure between the country's powerful military and Suu Kyi, the symbol of the country's democracy movement, who has been in custody over an obscure charge since the takeover. 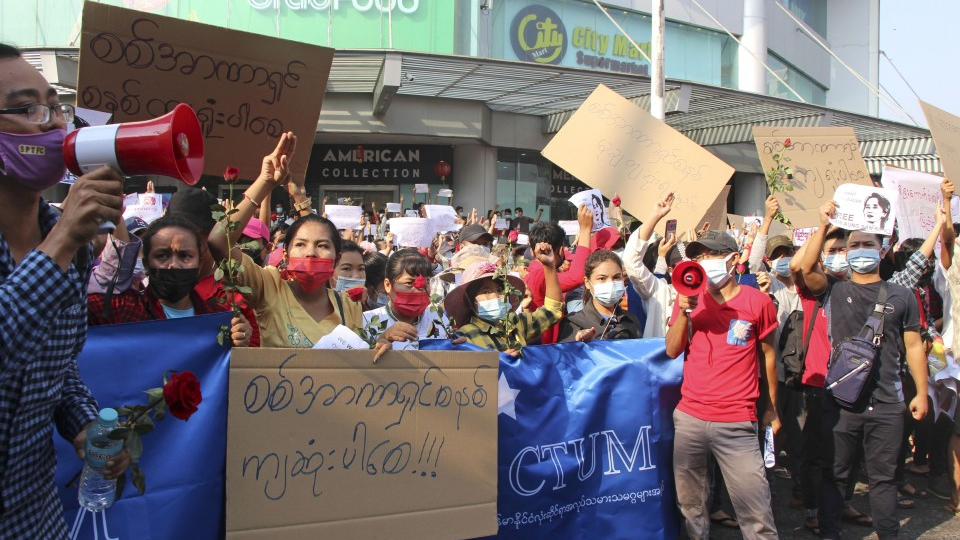 The military, despite having secured a say in politics under the junta-drafted Constitution, has been casting a wary eye on her formerly ruling party, the National League for Democracy, as it has pressed for constitutional changes.

The military appears set to try and keep the highly popular Suu Kyi out of the political landscape after military rule. But with tens of thousands of protesters on the streets opposing the coup, concern has arisen over a potential clash with authorities.

Suu Kyi, the daughter of Myanmar's independence hero, Gen. Aung San, emerged as the leader of the country's democracy movement in 1988. She was put under house arrest by the junta the following year.

The 1991 Nobel Peace Prize laureate spent a total of 15 years under house arrest before she was released in 2010. Meanwhile, after decades of military rule, the country took steps toward democracy, transitioning to civilian rule in 2011.

Suu Kyi became the country's de facto leader in 2016 after the party won a landslide in the 2015 general election.

In 2017, the military cracked down on insurgents in the country's west, forcing over 740,000 Rohingya Muslims to flee to neighboring Bangladesh, with refugees telling stories of mass killings and other atrocities. 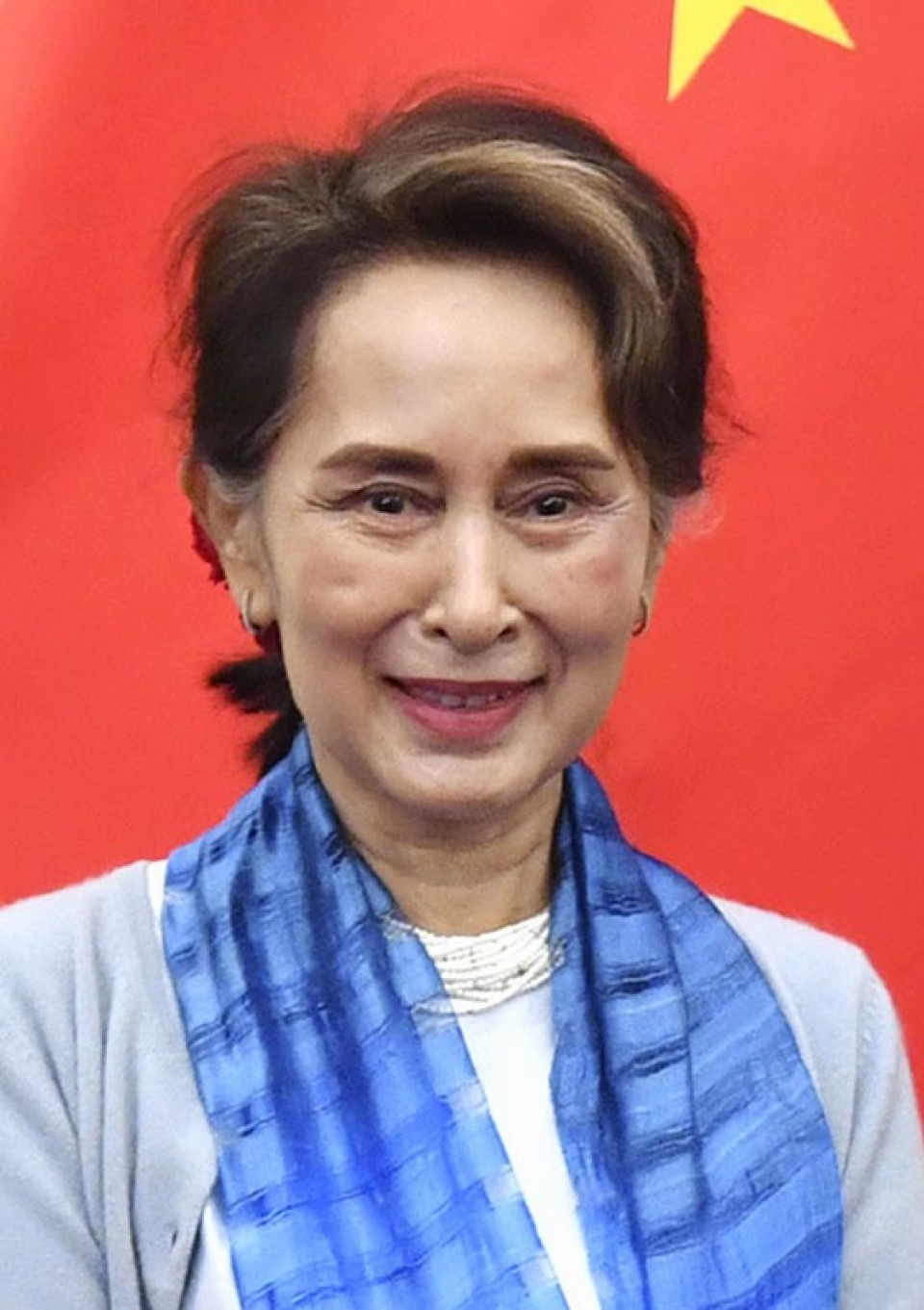 Suu Kyi defended the military's actions, which a U.N. fact-finding mission reported had been carried out with "genocidal intent," costing the Nobel laureate her international reputation.

But all was not smooth between Suu Kyi and the military, with the two sides sparring over the military's political role.

The Constitution, which went into force in 2011, effectively gives the military a veto over constitutional changes under a provision that allocates 25 percent of parliamentary seats to military appointees.

Suu Kyi unsuccessfully tried to reduce the quota in stages.

A general election was held in November amid deep mutual distrust with dialogue between Suu Kyi and the military chief, Senior Gen. Min Aung Hlaing, at a standstill for over a year, according to a government source.

The NLD won 83 percent of seats contested, while the military-backed main opposition Union Solidarity and Development Party won a meager 7 percent. The unexpectedly dismal showing served as the "trigger" for the coup, a diplomatic source speculated.

After months of intensifying allegations of election fraud, the coup was staged on Feb. 1, hours before newly elected lawmakers were supposed to sit in parliament for the first time since the poll.

The military claimed that the alleged election fraud amounted to "acts or attempts to take over the sovereignty" of the country by "wrongful forcible means" under Article 417 of the Constitution.

According to NLD members, Suu Kyi has been detained on suspicion of illegally importing and using communications equipment, a charge that carries punishment of up to three years in prison if convicted.

Even though she can be detained until Feb. 15 under the current charge, observers say military authorities are likely to keep her detained longer.

"Prosecution for minor offenses is a well-worn tactic by military rulers," says Toshihiro Kudo, an expert of Myanmar area studies and professor at the National Graduate Institute for Policy Studies in Tokyo. "Ms. Suu Kyi's detention will probably be prolonged."

The prevailing atmosphere among diplomats from other countries is one of pessimism with little prospect of Suu Kyi being released anytime soon.

"Anything can happen under military rule," one diplomatic source said, adding that it is difficult to see how the political situation in the country can return to the way it once was.

The military has promised to hold an election after a one-year state of emergency, with power transferred to the winning party.

But many predict that it will make sure Suu Kyi and other NLD members are not able to run in the election, while others speculate it may try to increase the proportion of its appointees in parliament.

Kudo said the military will probably seek to chip away at pro-democracy forces during the state of emergency, and remove Suu Kyi and other leaders before holding a new general election under conditions that are favorable to it.