A pregnant sea otter died recently at a southwestern Japan aquarium, leaving only five individuals of the endangered species alive in captivity in the country.

At 9 years old, the sea otter named Mana died Monday at Marine World Uminonakamichi in Fukuoka after her uterus ruptured, according to her keeper. 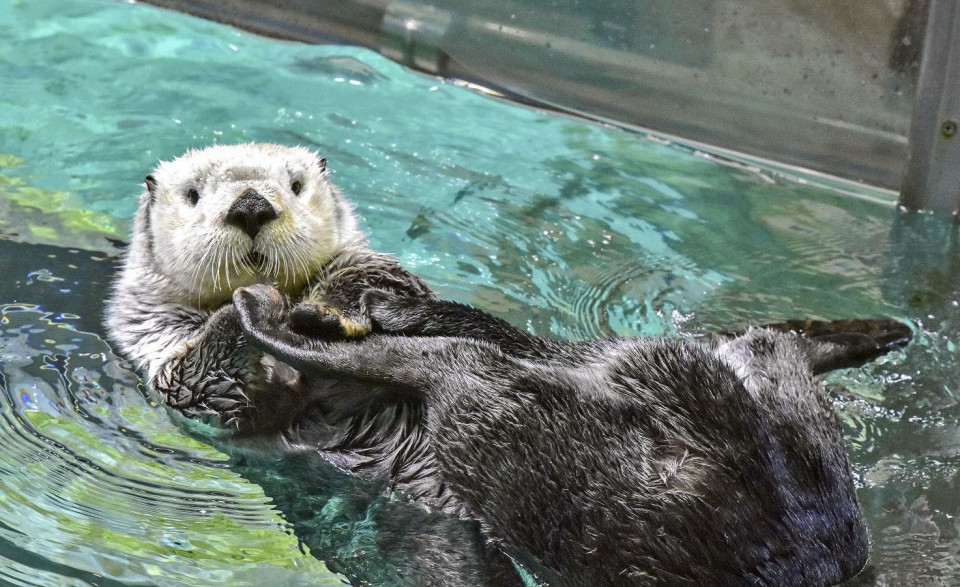 Mana was raised with her male companion Riro and they were believed to be the only pair living at a Japanese facility likely to produce offspring.

Sea otter numbers crashed due to excessive fur hunting in the 18th and 19th centuries and have been classified as endangered on the Red List of Threatened Species published by the International Union for Conservation of Nature.

Their numbers at zoos and aquariums in Japan have also dwindled to less than one-20th of their peak due to restrictions on the trade of wild animals and the deaths of those in captivity.

According to the Japanese Association of Zoos and Aquariums, based in Tokyo, at their peak in 1994, there were 122 sea otters at 28 facilities around the country.

Mana was born at the Fukuoka aquarium in January 2012 and was hand-reared from the time she was 10 days old. She was confirmed pregnant on Feb. 16, but she lost her appetite the following day and died on Monday. The pup was also dead.

"Mana was loved by many people, and has promoted the charms of sea otters. We are extremely disappointed," her keeper said.

Sea otters have historically ranged in waters around Japan's northernmost prefecture and in recent years have been seen year-round at Cape Kiritappu on Hokkaido's east coast, leading to hopes of an otter-driven tourism boom as the species recovers.