Lai, the founder of Next Digital Ltd. which publishes the outspoken Apple Daily newspaper, was remanded into custody on Dec. 31 to await trial on alleged fraud and collusion offenses set in April. He was indicted on a fraud charge in early December. 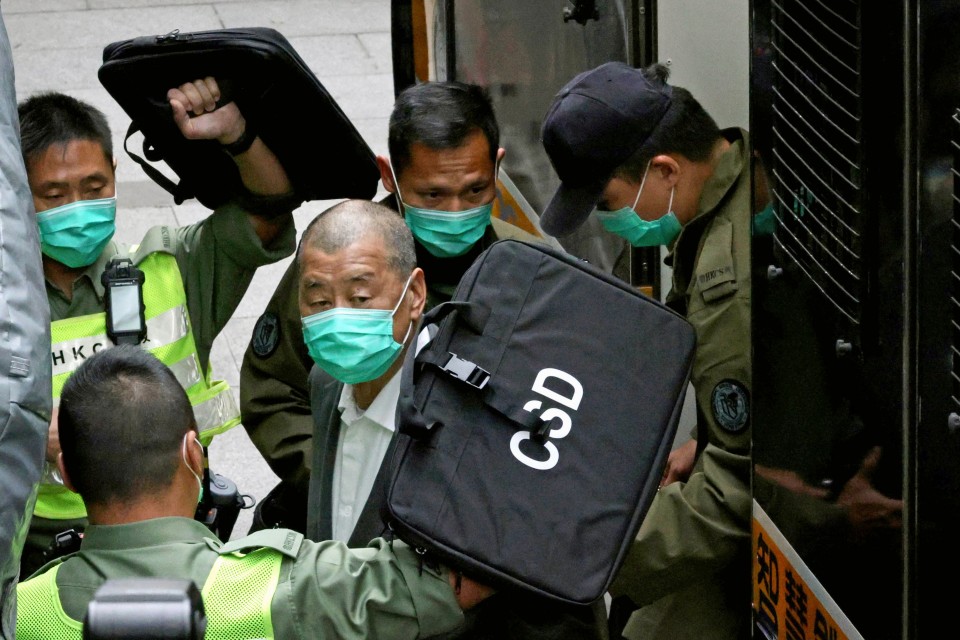 An appellate court judge's Dec. 23 decision to grant bail to Lai was suspended by the Court of Final Appeal upon an appeal by the government, citing arguments over bail conditions for national security law suspects.

"The appeal was accordingly allowed and the judge's decision to grant the respondent bail set aside," Chief Justice Andrew Cheung said in the ruling summary.

The top court said bail requirements under the National Security Law, enacted by the National People's Congress Standing Committee in Beijing and imposed on Hong Kong on June 30, "creates a specific exception to the general rule in favor of the grant of bail and imports a stringent threshold requirement for bail applications."

The appellate court judge was found to have misinterpreted and mistaken the nature and effect of the threshold requirement, and erred in applying legal principles on bail for ordinary crimes, according to the ruling.

Lai's lawyer said he will again apply for bail at the High Court, local media reported.

The Apple Daily founder had been placed under house arrest-like conditions since being granted bail with connection to the outside world cut off, restrictions on making public statements on social media or giving media interviews, in addition to a HK$10 million ($1.3 million) cash bond.

Lai was accused of requesting that a foreign country, organization or individual impose sanctions or blockade or engage in other hostile acts against Hong Kong or China between July 1 and Dec. 1 last year, according to the indictment against him.

He was indicted along with two associates earlier in December on a fraud charge over a land-use violation involving his media office.

At least 97 people have been arrested for breaching the national security law since it took effect, according to Commissioner of Police Chris Tang.