Leaders of the Group of Seven industrialized nations on Saturday vowed to ensure the fair distribution of COVID-19 vaccines and cooperate to revive a global economy battered by the pandemic.

"We will work together and with others to make 2021 a turning point for multilateralism and to shape a recovery that promotes the health and prosperity of our people and planet," they said in a joint statement following their teleconference.

The meeting was Japanese Prime Minister Yoshihide Suga's first G-7 summit since taking office in September and the first major international conference attended by U.S. President Joe Biden, being held as the coronavirus has infected more than 110 million and claimed over 2.4 million lives worldwide. 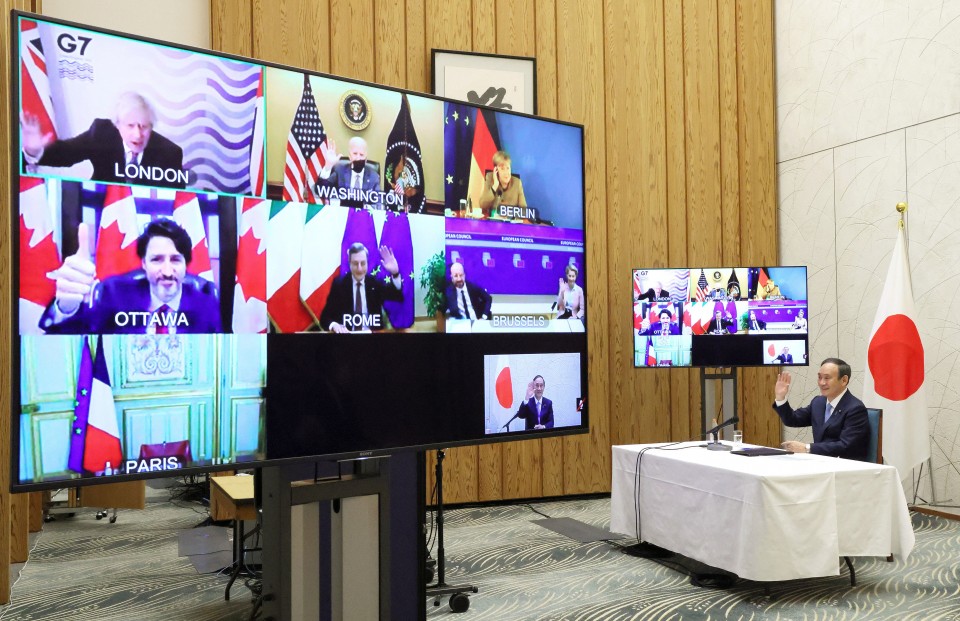 The leaders reiterated their commitment to extend $7.5 billion in aid to efforts to bring COVID-19 vaccines to developing countries, with Suga saying Japan has pledged $200 million to the COVAX Facility, an international framework to ensure equitable access to shots.

Suga asked his counterparts to support holding the postponed Tokyo Olympics and Paralympics, a request that came amid public skepticism over whether the games can go ahead during a global health crisis and an uproar over sexist remarks by the now-resigned head of the organizing committee.

The leaders said in the joint statement they support Japan's commitment to hold the Olympics and Paralympics "in a safe and secure manner this summer as a symbol of global unity in overcoming COVID-19," with Suga telling reporters afterward he was "reassured" by the gesture. 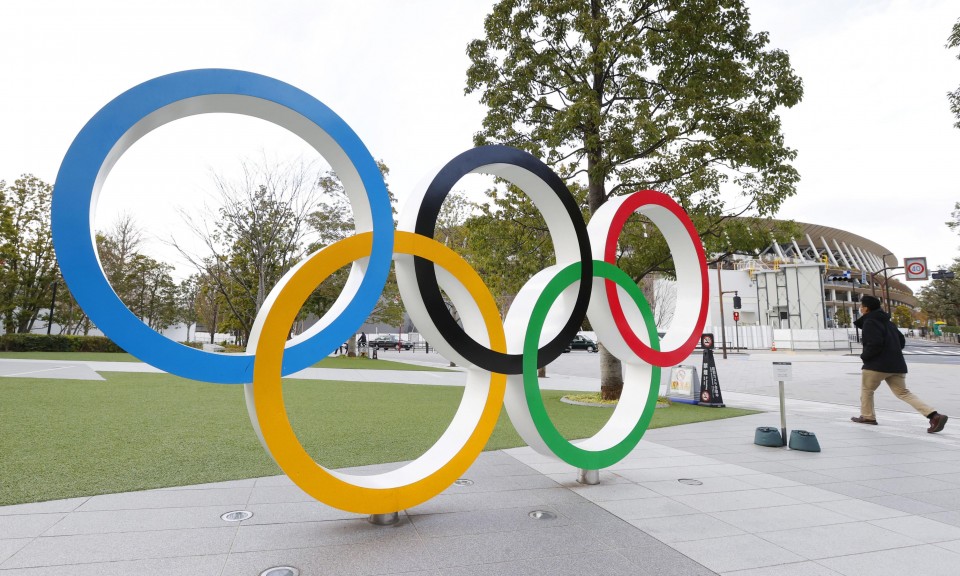 The reference to multilateralism appeared to be a nod to the departure from former President Donald Trump's "America First" agenda.

The leaders also pushed for increased efforts to fight climate change under the 2015 Paris Agreement on curbing carbon emissions, an accord the United States formally rejoined under Biden on Friday.

Biden, in later remarks during a virtual Munich Security Conference, said he spoke to his G-7 peers about the "dire need to coordinate multilateral action to address COVID-19, the global economic crisis and the accelerating climate crisis and so much else."

The joint statement also referenced China, saying the G-7 nations would engage with the country and other large economies and "address non-market oriented policies and practices."

Japan's Foreign Ministry said Suga voiced concerns over China's "attempts to change the status quo" in the East and South China seas during the 90-minute summit, but retracted its earlier announcement that the prime minister had criticized Beijing's "market-distorting subsidies" and breaches of intellectual property rights.

In addition to Suga and Biden, who was inaugurated in January, Italian Prime Minister Mario Draghi is also a first-time participant in the G-7 summit. The former head of the European Central Bank took office last week after the previous coalition government collapsed.

The G-7 groups Britain, Canada, France, Germany, Italy, Japan and the United States, as well as the European Union. The leaders last spoke in a teleconference last April, where they vowed to cooperate to tackle the pandemic.

Britain, which holds the G-7's rotating presidency this year, plans to host an in-person summit in June in Cornwall and has invited Australia, India and South Korea as guests.

The following is the gist of a joint statement issued Saturday by Group of Seven leaders after their virtual meeting.

-- back Japan's commitment to hold Olympics, Paralympics this summer in "safe and secure manner."

-- vow to cut carbon emissions on path to net zero by 2050 in line with Paris climate accord.