The FIG said travel bans in Europe aimed at stopping the spread of the coronavirus had made it too difficult to complete the postponed All-Around World Cup Series for artistic gymnastics. 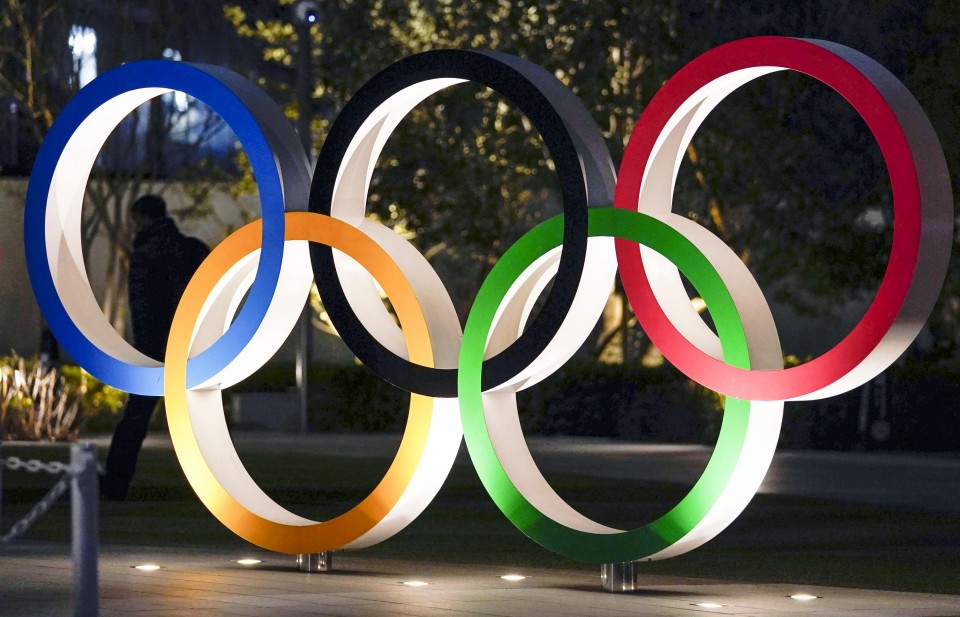 A monument showing the Olympic rings is pictured in Tokyo's Shinjuku area on Feb. 10, 2021. (Kyodo) ==Kyodo

The World Cup series -- made up of four events in the United States, Germany, Britain and Japan -- was originally set to take place between March and April 2020. The U.S. event was held last year, but the outbreak of the coronavirus pandemic forced the postponement of the remaining three legs until this year.

The FIG has since canceled the two European legs, but the World Cup in Tokyo on May 4, which is a test event for the Olympics, remains scheduled to go ahead.

Japan has already secured Olympic qualification for its four-man team. Further qualifying places will be allocated through the Apparatus World Cup Series and continental championships.

Japan's two-time all-around Olympic champion, Kohei Uchimura, is aiming to compete at his fourth consecutive games by qualifying as a horizontal bar specialist.