Japan's Naomi Osaka said Sunday playing in the Tokyo Olympics would be a dream, but she does not want to go overboard thinking about it now.

Speaking at the day-after photo shoot following her second Australian Open championship, Osaka talked about how she tries to keep her focus on those things she can manage and how important her activism off the court is. 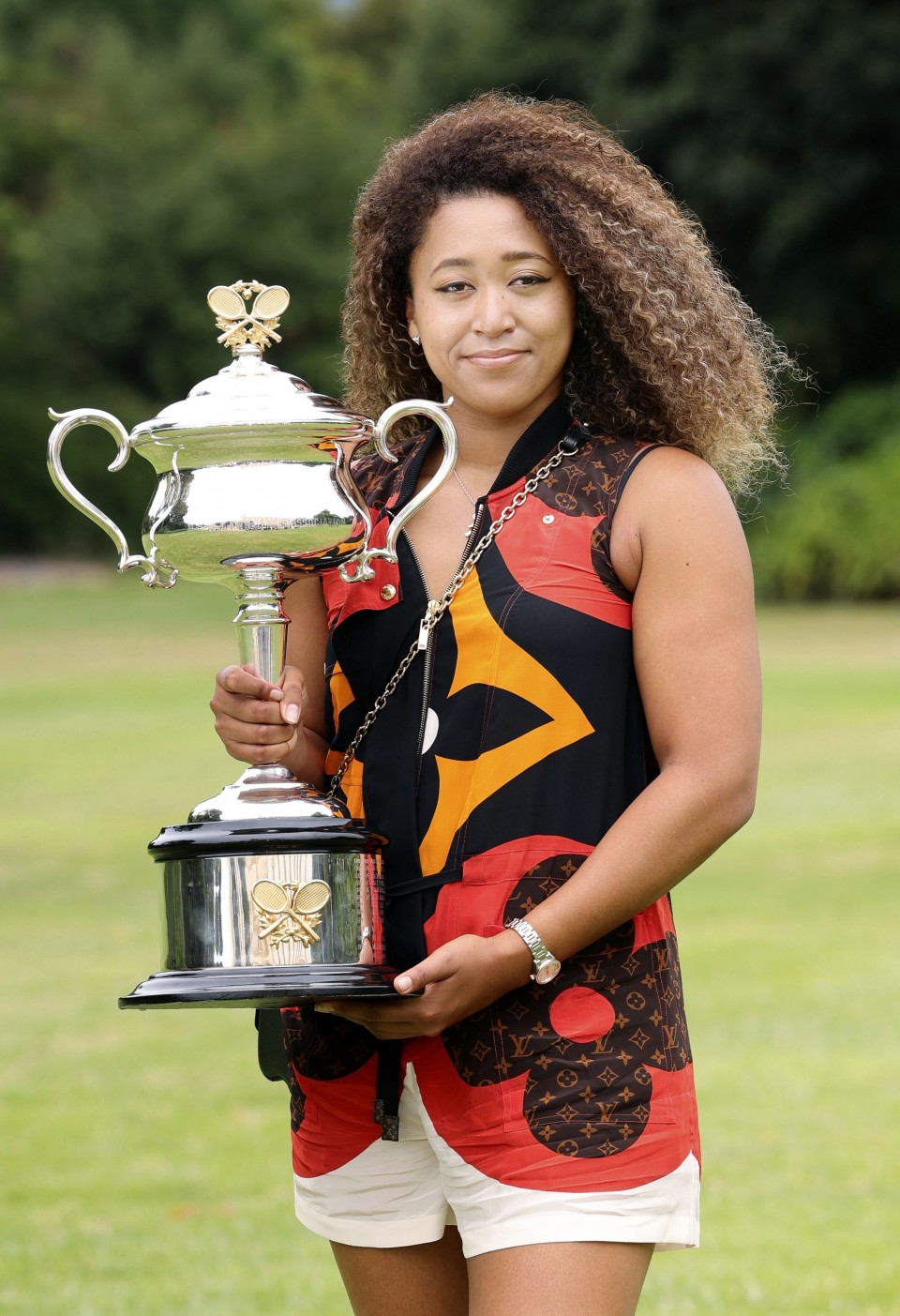 Naomi Osaka poses with the Daphne Akhurst Memorial Trophy in Melbourne on Feb. 21, 2021, a day after winning the 2021 Australian Open Women's Final. (Kyodo)

"Everyone kind of knows the Olympics is a really big deal for me," Osaka said. "It would be my first Olympics and for Japan. Tokyo, of course, would be a dream."

"But I...don't want to put too much thought into it because I feel like I would overanalyze and put stress on myself because there's still a ways to go."

Having beaten Serena Williams en route to two of her four Grand Slam titles, Osaka took the same tack when asked if she was prepared to accept the attention that might come should she be recognized as Williams' heir apparent on the world stage.

"Honestly, I don't really think too much about it," Osaka said. "For me, I just focus on myself and what I can do. I don't put too much pressure on myself in that way."

"For me, my biggest goal is to be consistent throughout the year, not just like randomly holding up and winning a Grand Slam. So hopefully, I'm able to be more stable this year and feel more confident before potentially having that title."

At Saturday's trophy presentation, she was praised both by runner-up Jennifer Brady and by Tennis Australia chair Jayne Hrdlicka for speaking out on social issues.

"The biggest thing is...just trying to use my platform for anything and everything that I believe in and things that I feel could touch at least one person," Osaka said.

"And to me, I find it kind of incredible that sometimes my story is relatable to other people. So I would just say it feels almost better to be known for the things I do off the court than on the court."