Some 390 Olympic and Paralympic volunteers have decided to give up their roles in the wake of sexist remarks by Tokyo Games organizing committee chief Yoshiro Mori, the committee said Monday.

Mori sparked anger in Japan and abroad last Wednesday when he told an online session of the Japanese Olympic Committee that women tend to talk too much in meetings. 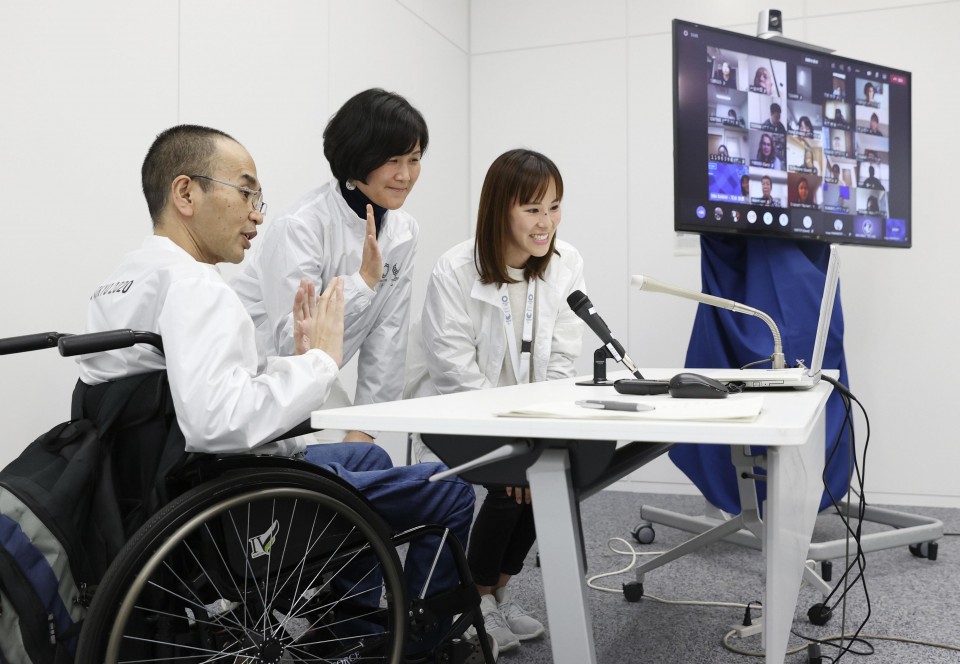 Photo taken in Tokyo shows instructors speaking to volunteers of the postponed Olympics and Paralympics during an online group training session on Oct. 28, 2020. Their training program resumed a week earlier, following a roughly eight-month hiatus due to the coronavirus pandemic.  (Kyodo)

The 83-year-old former prime minister apologized the following day but has resisted calls for his resignation.

While volunteers gave a variety of reasons for withdrawing, the sudden drop-off is an indication of the headache Mori's remarks have caused for organizers.

Two people have also pulled out of the torch relay, while the organizing committee's call center received around 350 phone calls and 4,200 emails in a five-day span following the comments.

The organizers aim to have around 80,000 volunteers for the games, which have been postponed for a year because of the coronavirus pandemic.