Golf has surged in its popularity in Japan amid the coronavirus pandemic as a sport that can be enjoyed in the great outdoors, avoiding the "3Cs" of confined spaces, crowded places, and close-contact settings people should avoid to reduce the risk of infection.

The sport has seen increases in visits to courses and related merchandise sales, as more people -- particularly those from younger generations -- are taking it up as a new hobby. These trends have continued into the second state of emergency declared for parts of the country in early January. 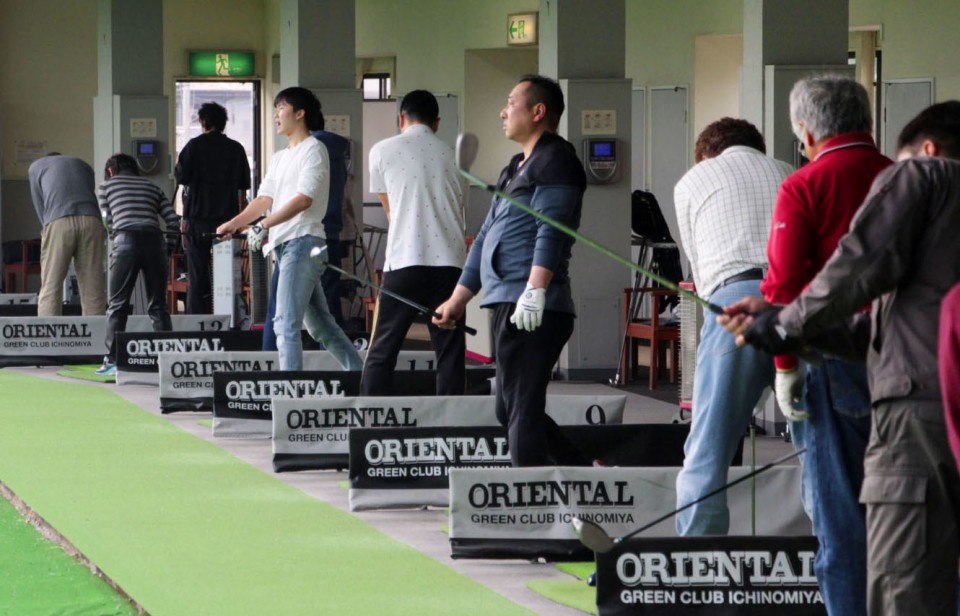 A nationwide association for golf course operators said visitors decreased last April after the first state of emergency was announced, with visits dropping by 36 percent from the same period one year earlier.

But business soon began looking brighter, with July seeing only a 5 percent drop, while by October, it had increased by 10 percent over the same month a year earlier.

"There was an increase in the number of people visiting in twos and threes, like couples and families," its spokesperson said. "The low risk of an infection caught their eye."

Golf Digest Online Inc., a golf course reservation site, had a record number of bookings in 2020. There were a small number of cancelations in January due to the second state of emergency, but the figure was still 12 percent above what it was a year earlier, and the current trend continues to look favorable.

"There was an increase in the frequency of play per person as other leisure activities became restricted," its spokesperson said.

The Japan Golf Range Association said its latest figures saw 10 to 20 percent more players turning up to work on their swings from a year earlier in all of Kanto, Chubu and Kansai regions -- around Tokyo, Nagoya, and Osaka, respectively -- with "the rise conspicuous among those in their 20s and 30s."

Although the apparel industry has been hit heavily by the pandemic, golf wear has been a rare growth category.

A representative of Nagoya's Matsuzakaya, whose golf department is the largest of any department store in Japan -- both in terms of floor space and sales volume -- said the store's golf business had "expanded because of this favorable tide," despite sales for the store as a whole declining. 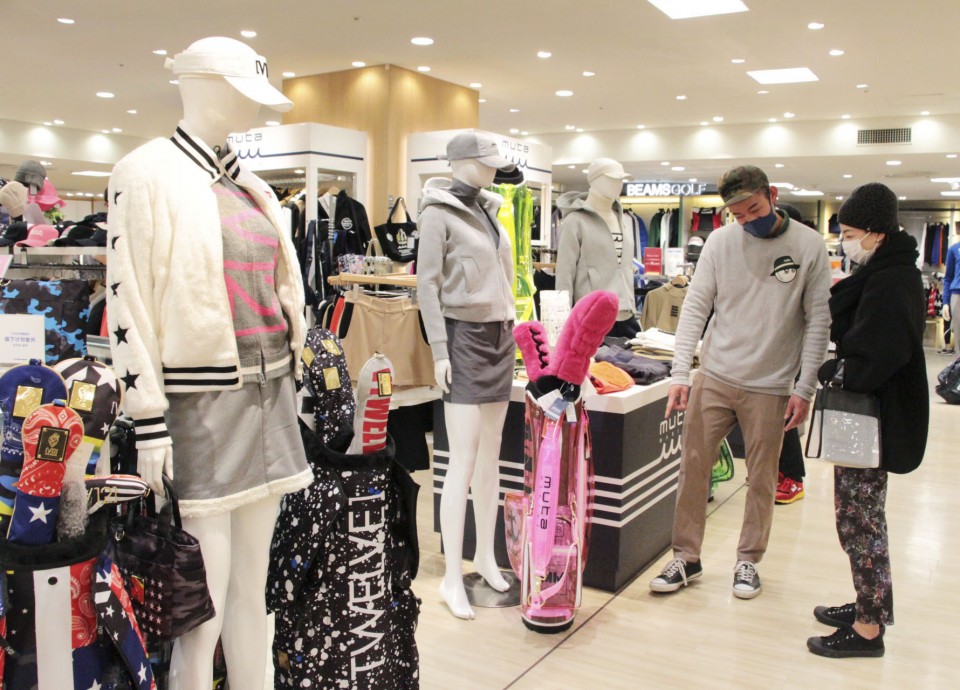 Customers look on at golf goods at Nagoya store of Matsuzakaya in Aichi Prefecture on Jan. 25, 2021. (Kyodo)

Purchases by young customers expanded by 41 percent and 23 percent for those in their 20s and 30s, respectively, from June 2020 to January 2021 compared with the same period a year earlier.

"Many families are starting to play together," said the department's manager, Tomoki Kagami, who added that more young customers have been visiting since Mai Shiraishi, a former member of idol group Nogizaka46, began posting videos of herself playing golf.

The Yano Research Institute estimates some 170,000 people took up the sport between March and July 2020 but points out areas that might need to be addressed to sustain the sport's burgeoning popularity.

"The task now is how to keep these newcomers engaged," said chief researcher Shigeki Mitsuishi. "Needing to have a car (to visit with all the equipment) remains a stumbling block. Golf's culture of not welcoming newcomers is also deeply ingrained."

Akimitsu Hayata, a 24-year-old from Kitanagoya in Aichi Prefecture, began playing in December and feels the sport has been a refreshing change from inactivity.

"We have to put up with not being able to do so many other leisure activities, but with golf, you can get outside and let yourself go, so it's become a great way to relieve stress," he said.