Controversial remarks by Yoshiro Mori, the president of the Tokyo Olympic organizing committee, have been given a "gold medal" for sexism from an international human rights advocacy group after he said earlier this week that women talk too much.

"Women in Japan are grossly underrepresented in sports federation leadership," although the Japanese Olympic Committee and the organizing committee, which Mori chairs, "have an important role to play when it comes to gender equality and stopping abuse of athletes," Human Rights Watch said in a report dated Thursday. 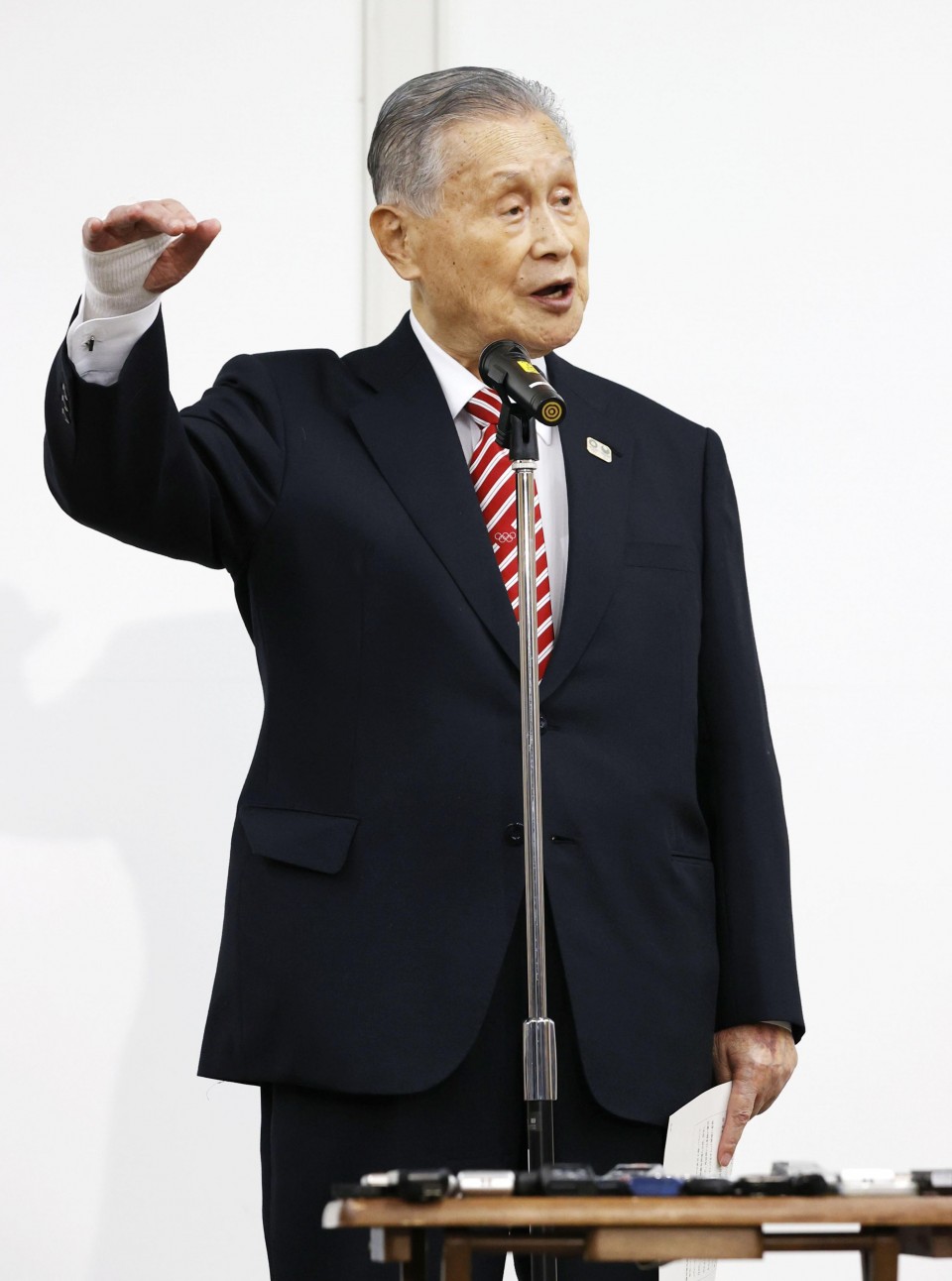 Yoshiro Mori, president of the Tokyo Olympic organizing committee, meets the press in Tokyo on Feb. 4, 2021. The former Japanese prime minister apologized for remarks he made that have been widely criticized as sexist, but insisted he will not resign. (Kyodo) ==Kyodo

During an online JOC meeting on Wednesday, Mori, 83, complained about the committee's push for gender diversity on its board, saying women have "a strong sense of rivalry" and that when one female member raises her hand to speak, "everyone ends up saying something."

Facing mounting criticism, the gaffe-prone former prime minister apologized Thursday for his "inappropriate" comments and retracted them, but said he would not resign.

"With the global reckoning over #MeToo abuses, Japan's female athletes, including in gymnastics, swimming and wrestling, have made accusations of harassment and abuse," the New York-based rights group said, referring to the worldwide movement against sexual violence.

As the IOC has said that Olympic hosts must prohibit any form of discrimination, including on grounds of sex, Mori's comments show the Japanese government "urgently needs to reform its attitudes towards women, and a good place to start would be in sports," the nongovernmental organization also said.

Natsuki Yasuda, a photojournalist, is among those who tweeted on the topic. "Hearing the phrase 'understand their place,' I felt (Mori's) sense of privilege as he thinks he can select those who are convenient for him," Yasuda told Kyodo News.

"We should change our anger into power so that such remarks would not be repeated again," said the 33-year-old.

Japanese comedian declines to be Olympic torchbearer over Mori's remarks