Facebook Inc. said Thursday that it has banned all pages linked to Myanmar's military as well as ads from military-linked companies, citing deadly violence following the Feb. 1 coup.

Noting the ban also applies to their accounts on Instagram, the U.S. social media giant said in a statement, "We believe the risks of allowing the Tatmadaw on Facebook and Instagram are too great."

Tatmadaw is the official name of the country's military. 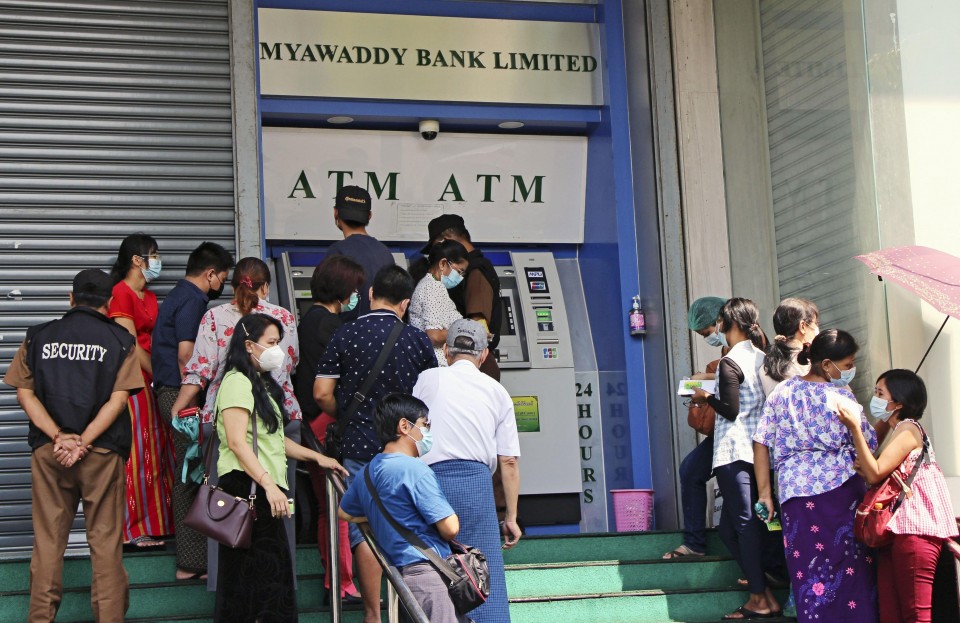 People line up before an ATM of a military-owned bank in Yangon, Myanmar, on Feb. 23, 2021. A general strike shut many businesses in the country, including private banks, in protest against the Feb. 1 military coup. (Kyodo) ==Kyodo

Roughly half of the country's 54 million people are said to use Facebook. The military has also used the social media platform for propaganda.

Facebook cited the military's "history of exceptionally severe human rights abuses and the clear risk of future military-initiated violence in Myanmar" for making the move.

The coup "greatly increases...the likelihood that online threats could lead to offline harm," the statement added.

In 2018, Facebook banned military-linked individuals, including military chief Senior Gen. Min Aung Hlaing, for their role in the persecution of Rohingya Muslims, an ethnic minority group in the country's west.

Since the military seized power, claiming massive voter fraud in last November's general election, people have taken to the streets protesting and calling for the release of Suu Kyi and other detained figures.