The sanctions will not only affect the military leaders but also their business interests and their close family members, he said. A first round of targets will be identified this week.

While leaving out the details, the president said the United States will also impose "strong export controls" and will prevent the generals from improperly having access to the $1 billion in Myanmar government funds held in the United States. 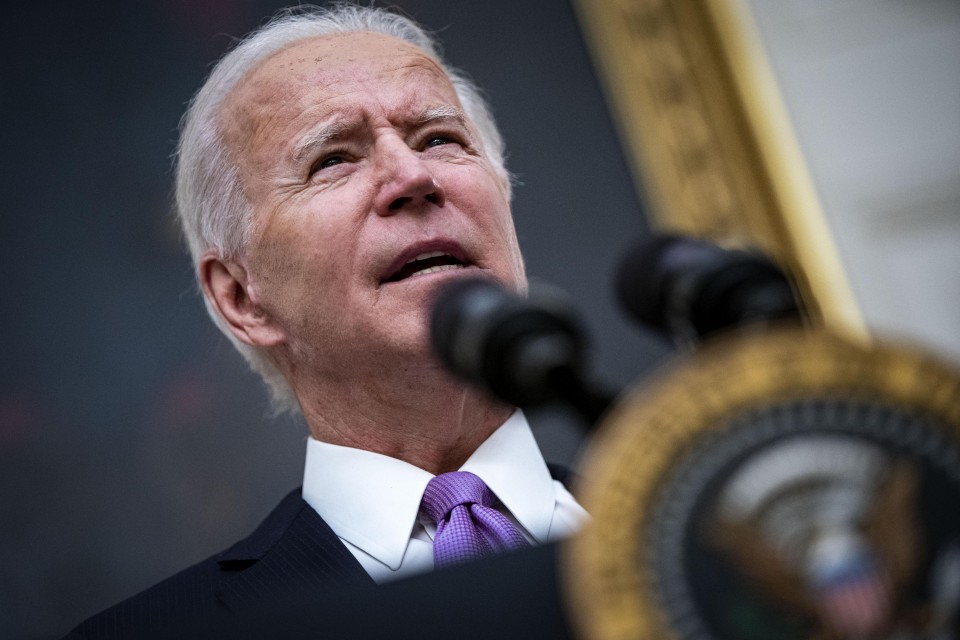 But he emphasized that the United States will maintain its support for health care, civil society groups and other areas that benefit the people of Myanmar directly, and denounced an escalation of police force against protestors peacefully demonstrating against the military rule.

"As protests grow, violence against those asserting their democratic rights is unacceptable, and we're going to keep calling it out. The people of Burma are making their voices heard and the world is watching," Biden said at the White House.

"We'll be ready to impose additional measures, and we'll continue to work with our international partners to urge other nations to join us in these efforts," he said.

He also reiterated his call for the Myanmar military to "immediately" release detained democratic political leaders, including Aung San Suu Kyi, and relinquish the power it has seized.

Biden had warned of re-imposing sanctions on the Southeast Asian nation in the wake of the Feb. 1 coup that ended almost a decade of civilian rule.

The Myanmar military directly ruled the country from 1962 to 2011.

Under the two-term Barack Obama administration through January 2017, the United States removed a range of economic and financial sanctions on Myanmar particularly after Suu Kyi's National League for Democracy won the 2015 elections.

But Myanmar's commander-in-chief Senior Gen. Min Aung Hlaing and other military officers have since been hit with sanctions over human rights abuses against Rohingya Muslims and other minorities by the previous U.S. administration of Donald Trump.

Pundits have thus questioned whether the Biden administration can come up with effective sanctions on the military regime.