Three Tokyo Olympic venues north and east of the capital were reported undamaged Sunday following a magnitude-7.3 earthquake that struck northeastern Japan the night before, the Olympic organizing committee said.

Fukushima Prefecture and neighboring Miyagi Prefecture, both hard hit by the massive earthquake and tsunami on March 11, 2011, will host Olympic events to promote regional reconstruction. 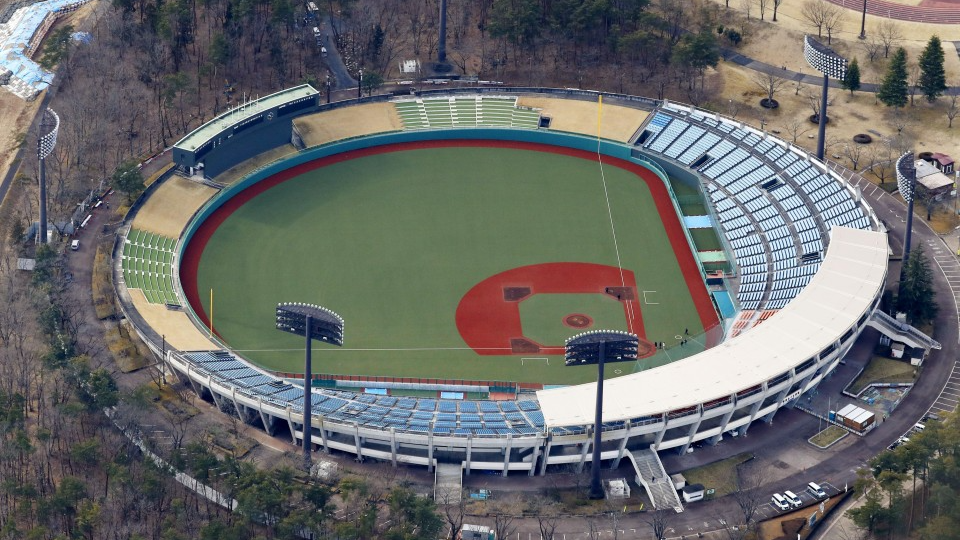 Photo taken Jan. 20, 2020, shows an aerial view of Azuma Stadium in Fukushima, which will host baseball and softball during the Tokyo Olympics. (Kyodo) ==Kyodo

Azuma Stadium, in the city of Fukushima, will host baseball and softball games, while Miyagi Stadium, northeast of Sendai, will host Olympic soccer. Another soccer venue, Ibaraki Prefecture's Kashima Stadium, was also declared undamaged as were all of their respective temporary facilities.

The organizing committee said thorough surveys of the sites would be undertaken as early as Monday and it would continue to cooperate with local governments as preparations continue for the Olympics, opening on July 23.

The torch relay is to commence on March 25 and the committee said it would check on the status of the relay route "as preparations go forward in cooperation with local executive committees."