Japan and the United States have broadly agreed to extend by one year the current deal on Tokyo's costs for hosting American troops, Japanese government sources said Wednesday.

Under the agreement, Japan will shoulder roughly 200 billion yen ($1.91 billion) in fiscal 2021, around the same level as last year, for the so-called host nation support, they said, adding a formal accord is expected to take place soon. 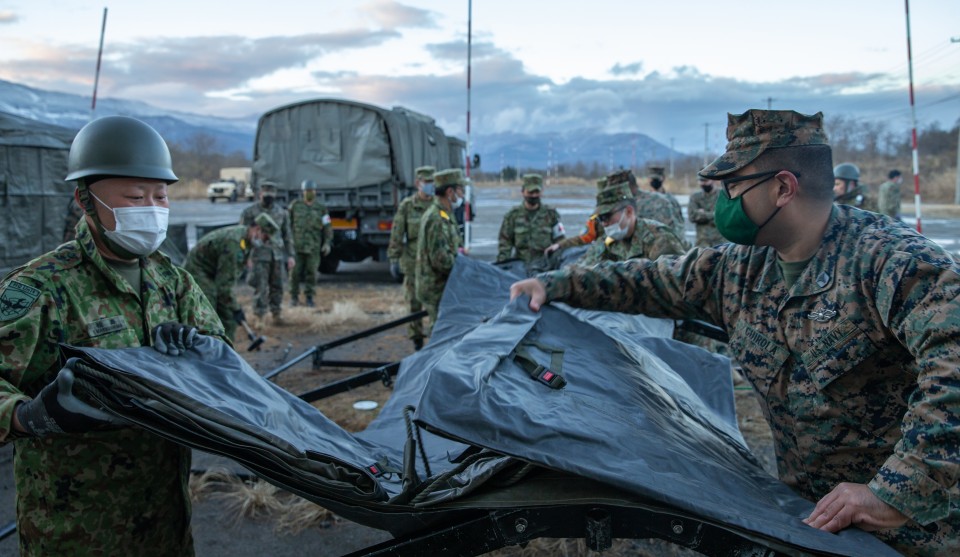 Talks for cost-sharing for fiscal 2022 and onwards will resume in April later, they said.

The current five-year deal will expire next month.

Tokyo shoulders part of the cost of stationing around 55,000 U.S. military personnel in Japan, including their utility, labor and training expenses, under a bilateral security treaty.

Japan had tentatively earmarked 201.7 billion yen for the initial budget plan for fiscal 2021, about the same amount as the previous year.

Working-level talks on a fresh agreement began in November under former President Donald Trump, who had criticized the alliance as one-sided. Trump had pressured Tokyo to vastly increase its burden, but the talks were put on hold until Joe Biden's administration was inaugurated in January.

Foreign Minister Toshimitsu Motegi, in his first telephone talks with U.S. Secretary of State Antony Blinken in late January, explained Japan's idea of a tentative extension. The plan was proposed by Tokyo during the working-level talks, which resumed on Feb. 2 and was held for the first time under Biden.

In the cost-sharing talks for fiscal 2022 and onwards, Japan and the United States are set to discuss their mutual roles in strengthening the alliance, including in new defense fields such as space and cybersecurity.

The Biden administration, with his focus on collaborating with allies to counter China's military rise, may ask Japan to contribute more financially.

Such bilateral cost-sharing negotiations are conducted roughly every five years and are usually concluded by December of the final year of the agreement, so as to time it when Japan compiles its budget plan.

But the latest round was slowed down by the transition from Trump to Biden and the novel coronavirus pandemic that restricted reciprocal travel by the negotiators.