Japan's defense minister said Tuesday China's newly enacted law that allows its coast guard to use weapons against foreign ships that it sees as illegally entering its waters is "absolutely unacceptable."

In a meeting with Joseph Young, charge d'affaires ad interim at the U.S. Embassy, which was open to the press, Defense Minister Nobuo Kishi said Japan is "seriously concerned" over the law taking effect, in a veiled warning to China over its growing maritime assertiveness. 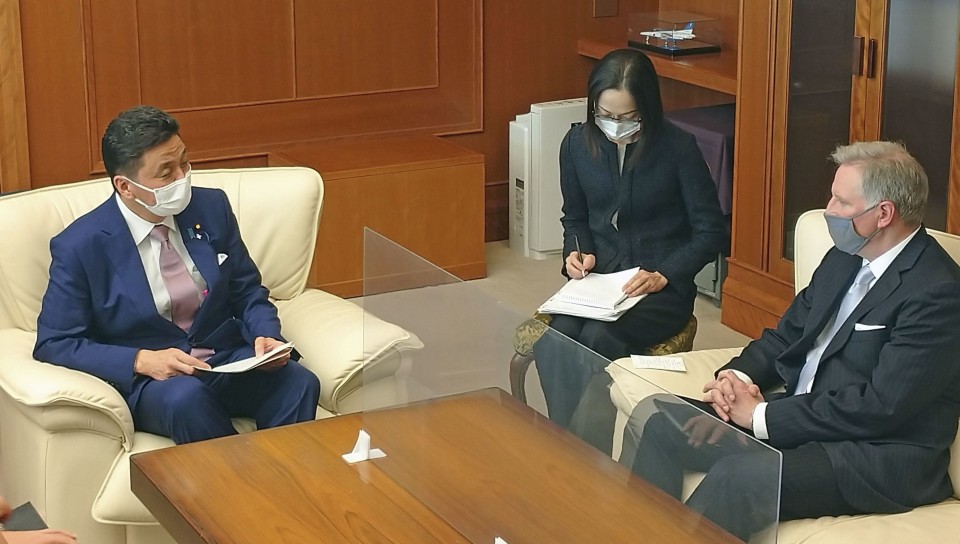 On Monday, Prime Minister Yoshihide Suga told a parliament session that Japan cannot tolerate the new law as it could "intensify tensions in the East and South China seas."

Concerns are growing in Japan after Chinese coast guard vessels entered Japan's territorial waters near the China-claimed Senkaku Islands in the East China Sea for two days in a row this weekend. On Feb. 1, China enacted the controversial legislation.

In addition to its claim to the Senkakus, which it calls Diaoyu, China has maritime sovereignty disputes with several Southeast Asian countries in the South China Sea and is often criticized for its unilateral attempts to change the status quo in the region.