Osaka, who beat seven-time champion Serena Williams to reach the final, came through 6-4, 6-3 in 77 minutes against the world No. 24 Brady at Rod Laver Arena in Melbourne Park. The American was playing in her first Grand Slam decider. 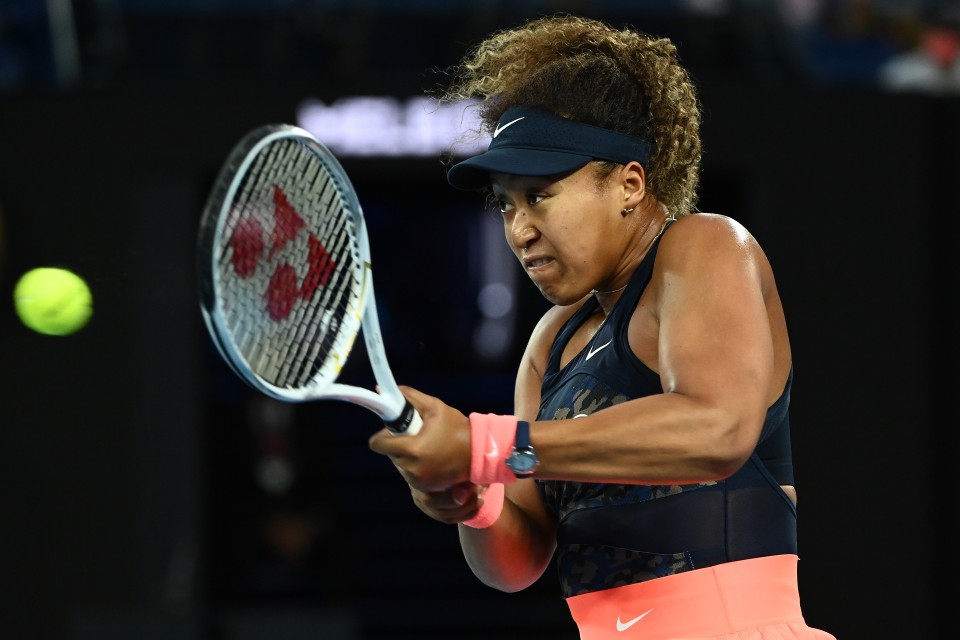 Naomi Osaka of Japan plays a backhand in her Women’s Singles Final match against Jennifer Brady of the United States during day 13 of the 2021 Australian Open at Melbourne Park on Feb. 20, 2021 in Melbourne, Australia. (Getty/Kyodo)

The 23-year-old Osaka improved to 4-0 in major finals, as she continued a run of never losing in the quarterfinals and beyond at Grand Slams.

The match played out in front of a crowd capped at 7,477 after spectators were welcomed back for the last four days of the tournament following a five-day coronavirus lockdown in the state of Victoria.

"I feel like playing a Grand Slam right now is a super privilege and it's something that I won't take for granted," said Osaka, who won her second U.S. Open title in September behind closed doors.

A clear crowd favorite, the No. 3 seed from Japan thanked the fans at Melbourne Park, where she was also crowned champion in 2019.

"It feels really incredible for me. I didn't play my last Grand Slam with fans, so just to have this energy, it really means a lot," she said on court following the match. 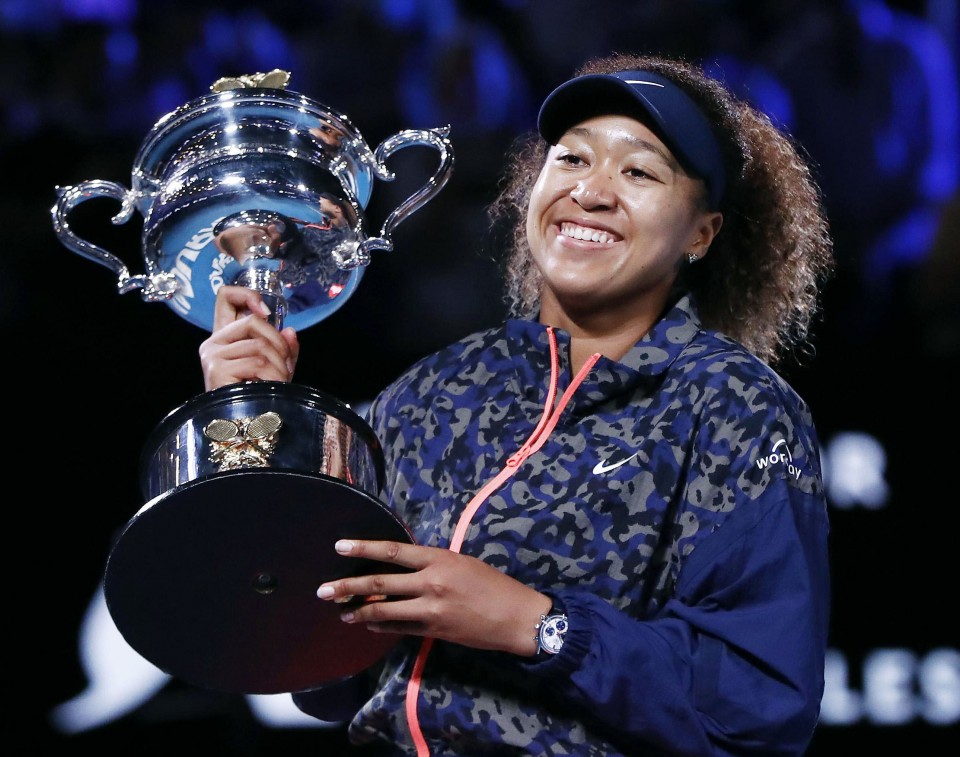 Naomi Osaka of Japan poses with the Daphne Akhurst Memorial Cup after winning her Women’s Singles Final match against Jennifer Brady of the United States during day 13 of the 2021 Australian Open at Melbourne Park on Feb. 20, 2021 in Melbourne, Australia. (Getty/Kyodo)

Having raced through the opening game, Osaka piled pressure on Brady's serve, winning three straight points before the American eventually held for 1-1.

Osaka secured the break at 3-1 with a love game after Brady committed her second double fault in the game.

But the underdog broke back right away, winning three straight points from 40-30 down and clinching the game after Osaka failed to find the target with her backhand.

Osaka stared down a break point at 4-4, hitting a powerful forehand winner after Brady had lobbed over her head to win an entertaining rally and go up 40-30.

The 2019 champ clinched the set on her second break point as Brady ended the game with two forehand unforced errors, first hitting long and then into the net.

Osaka surged to a 3-0 second-set lead with her fifth ace, then won her second straight break point against Brady to seemingly put the match in a stranglehold at 4-0.

The American kept up the fight and broke back at 4-1 but could only prolong the inevitable before Osaka closed out the match with a love game, earning an ovation from the partisan crowd.

Osaka, who was pushed to three sets by Brady in the U.S. Open semis, said she expects to play "a lot more matches" against the rising 25-year-old American.

"(After) we played in the semis of the U.S. Open a couple of months ago, I told everyone that would listen that (Brady) was going to be a problem, and I was right," Osaka said.

Brady was one of 72 players placed under strict hotel lockdown in Melbourne last month after arriving in Australia on a flight with a passenger who later tested positive for COVID-19.

Osaka and Williams, who arrived on virus-free flights, were able to train for up to five hours a day as they were among a group of players quarantining in Adelaide instead of Melbourne.

The newly crowned champion said her team had helped her battle nerves throughout another major played under unusual circumstances.

"We've been through quarantine together, and for me they're like my family," she said. 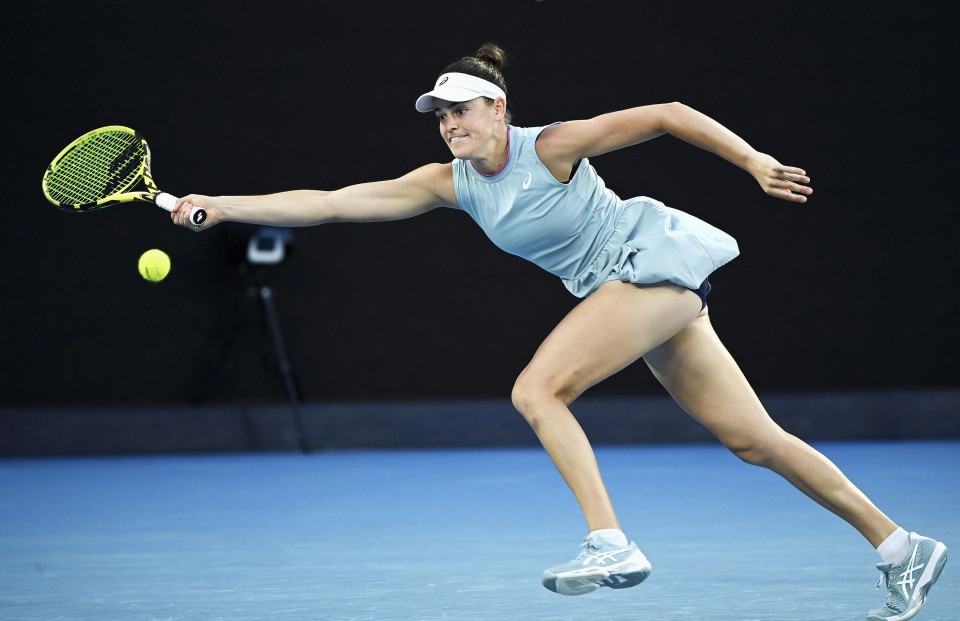 Jennifer Brady of the United States plays a forehand in her Women’s Singles Final match against Naomi Osaka of Japan during day 13 of the 2021 Australian Open at Melbourne Park on Feb. 20, 2021 in Melbourne, Australia. (Getty/Kyodo)