The organizing committee of this summer's Tokyo Olympics is planning to arrange an extraordinary meeting of executives, possibly by the end of this week, to discuss its response to sexist remarks made last week by its president that have triggered a backlash in Japan and abroad, sources close to the matter said Monday.

The organizing committee has found it necessary to quickly deal with the public's anger toward Yoshiro Mori, an 83-year-old former prime minister, who said meetings with women tend to drag on. 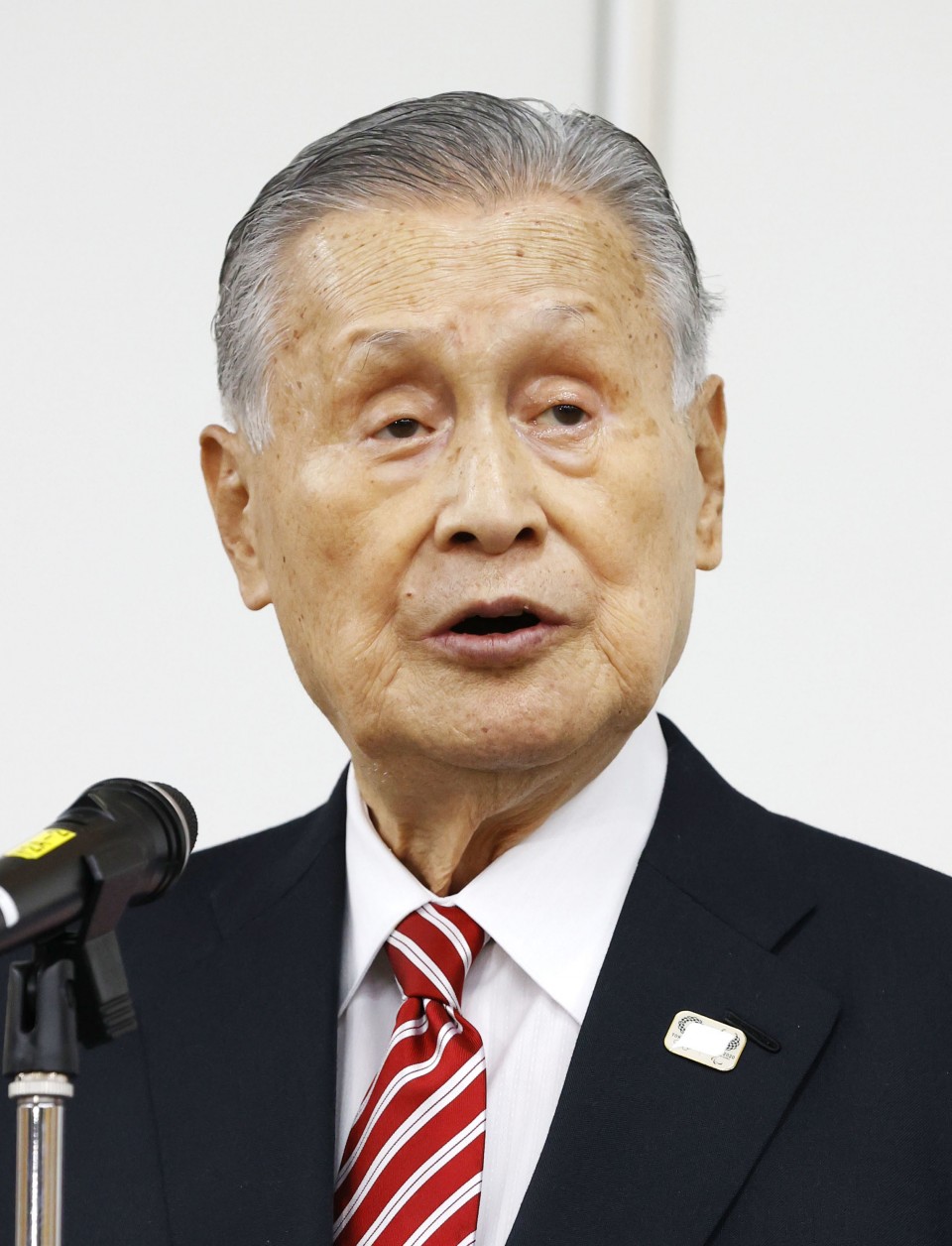 Yoshiro Mori, president of the Tokyo Olympic and Paralympic organizing committee, speaks in Tokyo on Feb. 4, 2021. Controversial remarks he made about women a day earlier have been widely criticized as sexist and outdated. (Kyodo) ==Kyodo

The meeting, which could take place Friday, is expected to be attended by members of the committee's executive board and councillors.

The executive board consists of members with different backgrounds, including former athletes, lawmakers and business leaders, likely allowing discussions to be held from various perspectives. Its board of councillors is superior to the executive board.

Mori, who has also stirred criticism in the past for his remarks, said Wednesday in a gathering of the Japanese Olympic Committee that women tend to talk too much in meetings as they have "a strong sense of rivalry."

While he has apologized and retracted what he said, the comments have complicated the organizers' efforts to overcome low public support to hold the games amid the coronavirus pandemic.

A Kyodo News survey conducted over the weekend found nearly 60 percent of people in Japan believe Mori is not qualified for his role.

On Sunday, the organizers released a statement on gender equality, saying it continues to prepare for the games by emphasizing the importance of diversity, including race, ethnicity, gender and sexual orientation.

Japanese Prime Minister Yoshihide Suga and Tokyo Gov. Yuriko Koike both said Mori's remarks were inappropriate, but they have refrained from joining mounting calls for his resignation.

On social media, the hashtag in Japanese meaning "Please retire, Yoshiro Mori" trended after the comments were made.

An online petition calling for the central and Tokyo metropolitan governments, as well as the organizing committee and the JOC, to "properly address" Mori's behavior has collected nearly 140,000 signatures as of late Monday.