Los Angeles Angels two-way player Shohei Ohtani took part in his first official workout Wednesday as pitchers and catchers from a range of teams started reporting to training camps in Florida and Arizona ahead of the 2021 MLB season.

At the Angels' training site at the Tempe Diablo Stadium, pitchers were split into groups for practice to maintain social distancing and minimize coronavirus risks. According to the team, Ohtani played catch then worked on his swing in the batting cages. 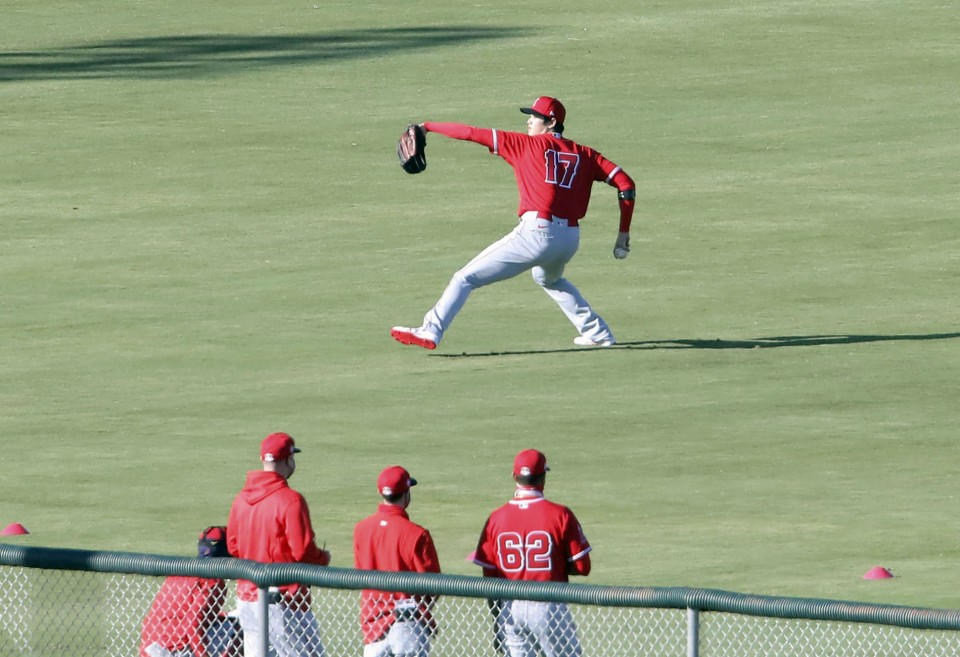 The 26-year-old Ohtani is expected to return to his two-way role in 2021, his fourth season in the majors, after serving as a designated hitter for the majority of his time in the league. He did not pitch in 2019 after undergoing Tommy John surgery and he made only two starts in 2020 before going down with a flexor strain.

The Angels begin their spring schedule on the road in Scottsdale against the San Francisco Giants on Feb. 28, with their first home game in Tempe on March 1 against the Chicago White Sox.

Ace right-hander Yu Darvish, who was traded to the San Diego Padres by the Chicago Cubs in December, and rookie Kohei Arihara, who joined Darvish's former team Texas Rangers from the Nippon Ham Fighters, are other Japanese pitchers who reported to camp.

Pitchers and catchers report to camp Thursday for the Boston Red Sox, who signed right-handed pitcher Hirokazu Sawamura, and for the Seattle Mariners, with whom Yusei Kikuchi enters his third season.

For the Minnesota Twins, pitchers, including right-hander Kenta Maeda, and catchers report on Friday.

Position players do not have to show up until a few days later. Cincinnati Reds outfielder Shogo Akiyama and Padres non-roster invitee Gosuke Kato join their teams for their first full-squad workout on Feb. 22, and Tampa Bay Rays outfielder Yoshitomo Tsutsugo on Feb. 23.

The regular season remains on track to start Apr. 1 after the players' association rejected the MLB's proposal to delay opening day until Apr. 29 and cut each team's schedule from 162 games to 154. 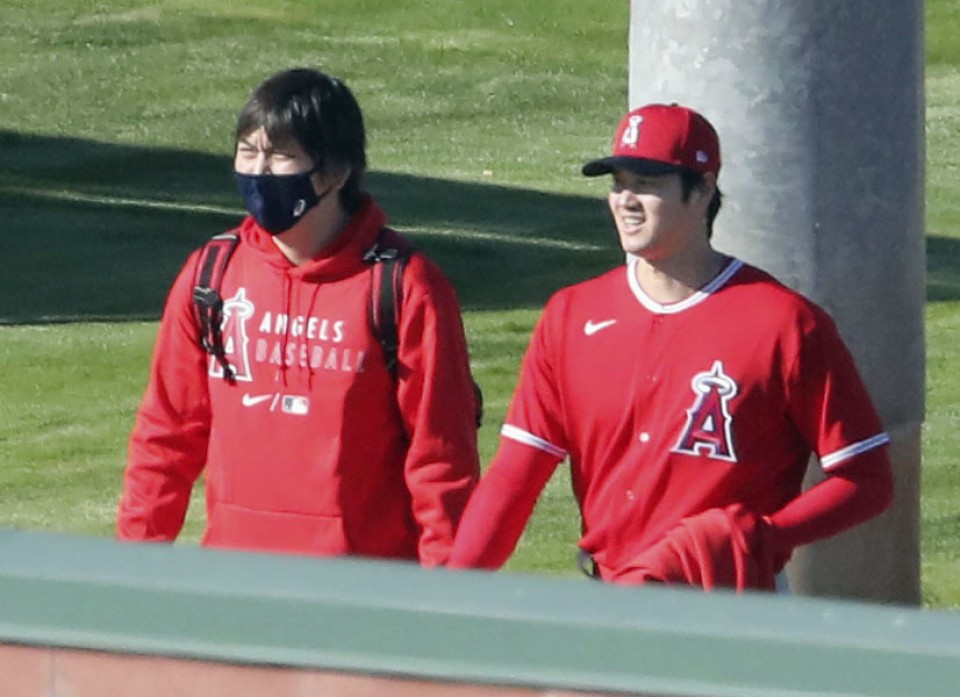