Asa Ando placed 10th in Saturday's women's slalom at the alpine world ski championships, the best finish by a Japanese in the event at either the worlds or the Olympics. 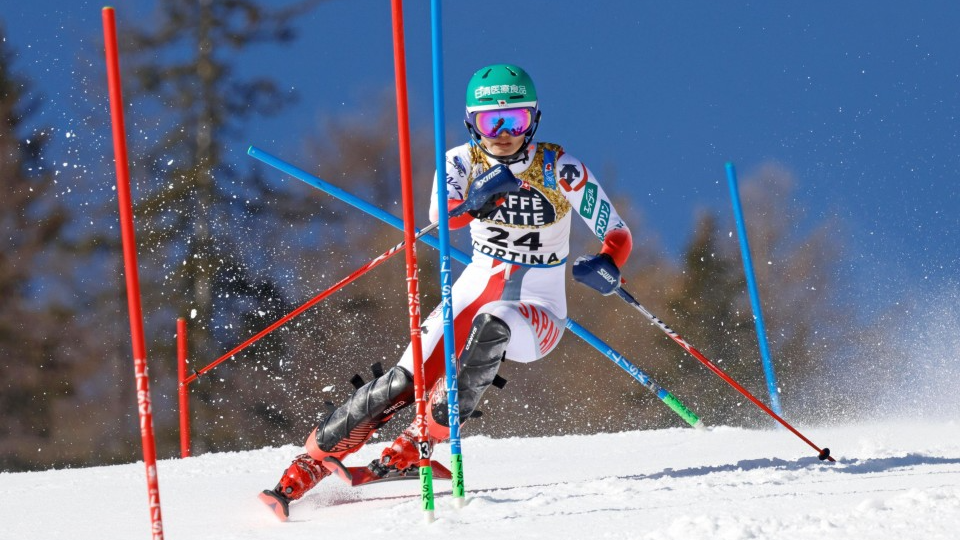 Asa Ando of Japan in action during a women's slalom at the alpine world ski championships on Feb. 20, 2021 in Cortina d'Ampezzo, Italy. (Agence Zoom/Getty/Kyodo)

"I'm overjoyed and shocked," said Ando, who competed at the 2018 Winter Olympics. "I was careful not to time my turns too early. I could run relatively calm for the first one, the second I can't recall."

The previous best by a Japanese woman was Emiko Okazaki's 13th at the 1972 Sapporo Olympics, which doubled as the world championships, according to the Ski Association of Japan.

Austrian Katharina Liensberger won in 1:39.50 to secure her second gold medal at the meet following her parallel giant slalom victory. Petra Vlhova of Slovakia was runner-up a second behind.

Ando had finished in her personal-high 15th at a World Cup meet this season and was aiming for the same placing at her third worlds appearance.

Twenty-fourth on the start list, Ando displayed crisp turns in her first run and punched the air in joy when she saw her time.

"I thought 'no way.' I couldn't take it in," said Ando, who did drift wide at a turn during her second but held on to set a new mark for her compatriots to aim for.