The chief of an antinuclear group has urged Japan to attend the first meeting of parties to a U.N. treaty banning nuclear weapons, saying the only country to have suffered the atomic bombings has a "moral responsibility" to do so.

In a recent online interview with Kyodo News, Beatrice Fihn, executive director of the International Campaign to Abolish Nuclear Weapons, said as an observer, Japan should "discuss issues relevant to survivors of nuclear weapons use" at the meeting as it has "the knowledge and expertise."

The first meeting on the pact outlawing the development, testing, possession and use of nuclear weapons is expected to be held in Austria within a year of the treaty going into force on Jan. 22.

Japan has decided not to sign the Treaty on the Prohibition of Nuclear Weapons in consideration of its security ties with the United States, which provides a nuclear umbrella to Tokyo against security threats from North Korea and others. Other nuclear-armed states are also not signatories of the pact. 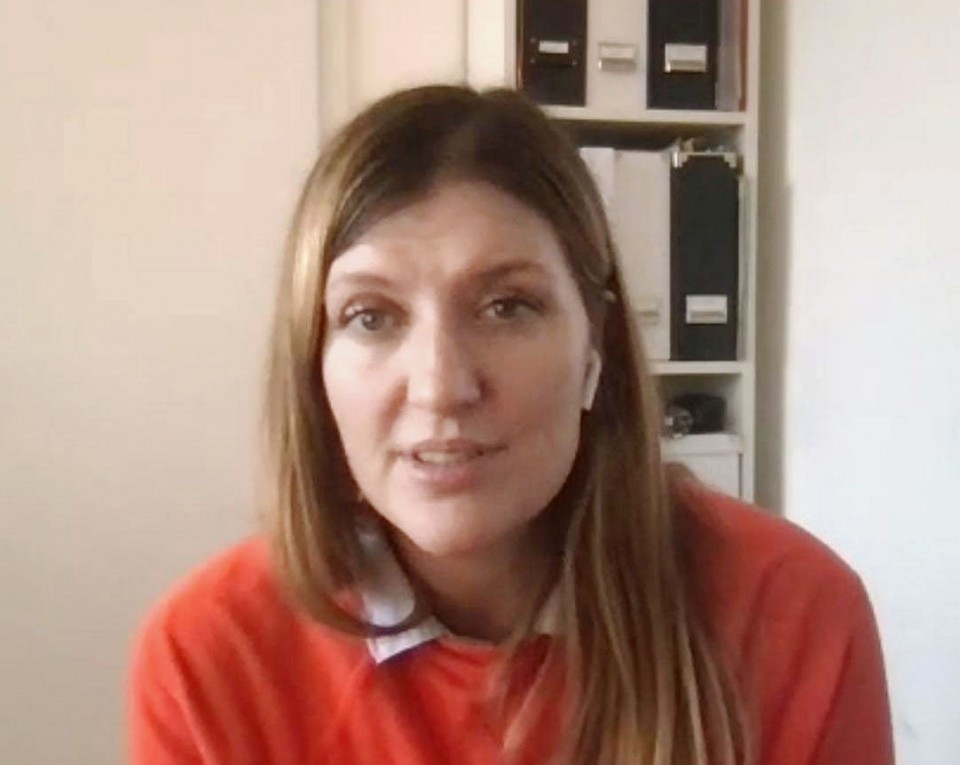 The head of ICAN, which won the 2017 Nobel Peace Prize for its efforts that led to the adoption of the nuclear ban treaty, said her group expects the first meeting of the treaty's parties to discuss issues such as support for atomic bomb victims and environmental remediation following the use of nuclear weapons.

Japan "should engage in these conversations about the rights and the needs of survivors," Fihn said. "If they don't do that, you know, it will be to abandon the hibakusha," or survivors of the 1945 U.S. atomic bombings of Hiroshima and Nagasaki.

The Swedish executive director said there has been "a growing voice" from the hibakusha and the Japanese public calling for Tokyo to join the treaty.

"It's really an issue of democracy here and the government at some point has to listen," she said. "I would encourage Japanese people to speak out louder and stronger."

Although Fihn does not believe the administration of U.S. President Joe Biden will join the nuclear ban treaty and begin disarming in the near future, she welcomed the new government that is "serious about multilateralism and diplomacy."

Fihn expressed hope that Washington will "let other countries decide for themselves" on whether or not to join the nuclear ban treaty.

Noting "a lot of support" for the pact from citizens of North Atlantic Treaty Organization member countries, she said, "I hope that the U.S. will keep an open mind" when it comes to NATO states joining this treaty.