Another Japanese, Ryota Yamamoto, led the standings in Oberstdorf after the ski jumping round with 143.1 points and headed into the 10-kilometer cross-country leg with a 20-second cushion over his second-placed compatriot Watabe and 22 seconds ahead of Riiber. 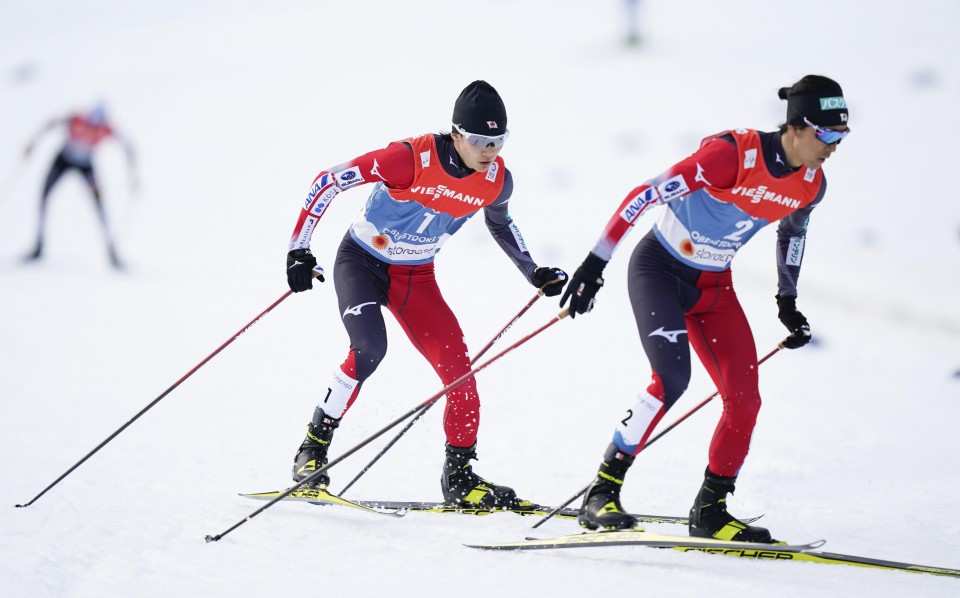 But Yamamoto's advantage was quickly erased by a four-man group and Riiber went on to win in a dramatic three-way sprint finish. Finland's Ilkka Herola crossed in second and Norway's Jens Luraas Oftebro finished third.

"I started out hoping to win a gold medal but the snow was hard-packed and it turned out to be a fast-paced race. I used up all my strength just to keep up (with the chasing group) and it ruined my pacing strategy," Watabe said.

The 32-year-old, who helped Japan win the 4x5 km team title at the 2009 worlds, was chasing his first world championship individual gold.

In ski jumping, Japan could only manage fourth in the women's normal hill team event also held on Friday.

With 959.3 points, Austria took gold ahead of Slovenia and Norway. Despite a solid showing from star jumper Sara Takanashi, Japan could only tally 877.5 points, 64.6 behind the bronze medalists.