Myanmar's military has suspended provisions in a law on security and privacy protection, a state-run newspaper reported Sunday, making it possible for arrests and searches to be carried out without court approval.

The decision by the State Administration Council, the highest decision-making body set up by the military after its Feb. 1 coup, signals a readiness to clamp down on protests that have spread across the Southeast Asian country. 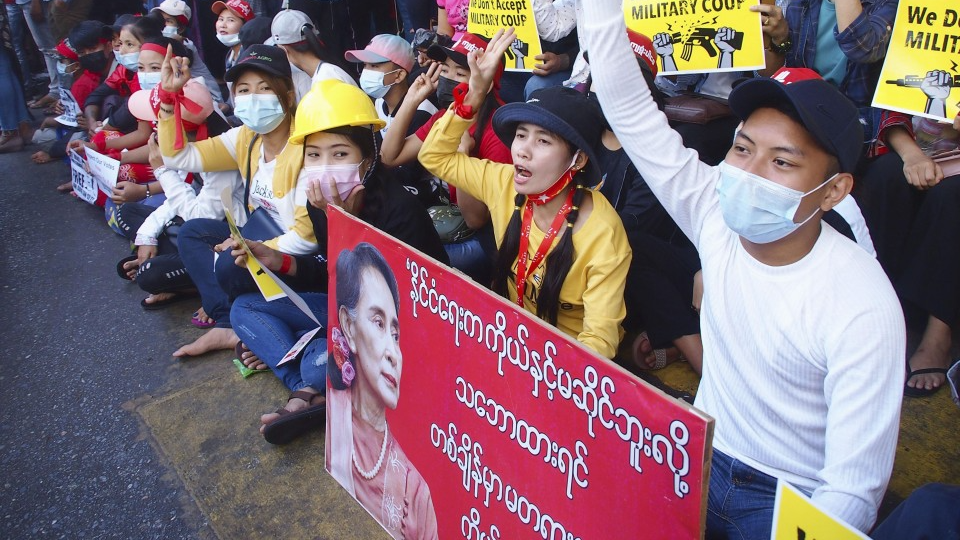 People protest in Yangon, Myanmar, on Feb. 13, 2021, against the military that has detained Aung San Suu Kyi and other government leaders since it staged a coup on Feb. 1. (Kyodo) ==Kyodo

Large demonstrations continued for a ninth day on Sunday, with tens of thousands of people taking to the streets in the country's major cities, Reuters news agency reported.

The council's move was announced Saturday night under the name of its chairman, military chief and coup leader Senior Gen. Min Aung Hlaing, and was reported by the Global New Light of Myanmar, the state-run English-language paper.

The law banned detention without court approval and made it necessary to obtain a court-issued warrant to search private property or seize communications data and private mail.

Those provisions have now been suspended until a military-imposed state of emergency is lifted. The military has said the emergency decree will continue for a year.

The military said Saturday it had put on a wanted list seven people who have endorsed the protests, including Min Ko Naing, a prominent activist who led the country's pro-democracy movement in 1988.

A law has also been amended to require people to report when they have an overnight guest in their household, likely an effort to prevent the public from harboring a wanted person.

The military has banned gatherings of more than four people in many parts of the country in response to the large daily protests that have sprung up in the wake of the coup.

Many citizens have defied the ban and taken to streets calling for the release of detained leaders such as Aung San Suu Kyi.

Suu Kyi, the country's de facto leader until her elected government was ousted, has been under house arrest in the capital Naypyitaw. A court approved her detention until Monday over the allegation that she illegally imported and used communications equipment.

The military has justified the coup as a response to alleged massive irregularities in last November's general election that saw Suu Kyi's National League for Democracy win another resounding victory against a military-backed opposition party. 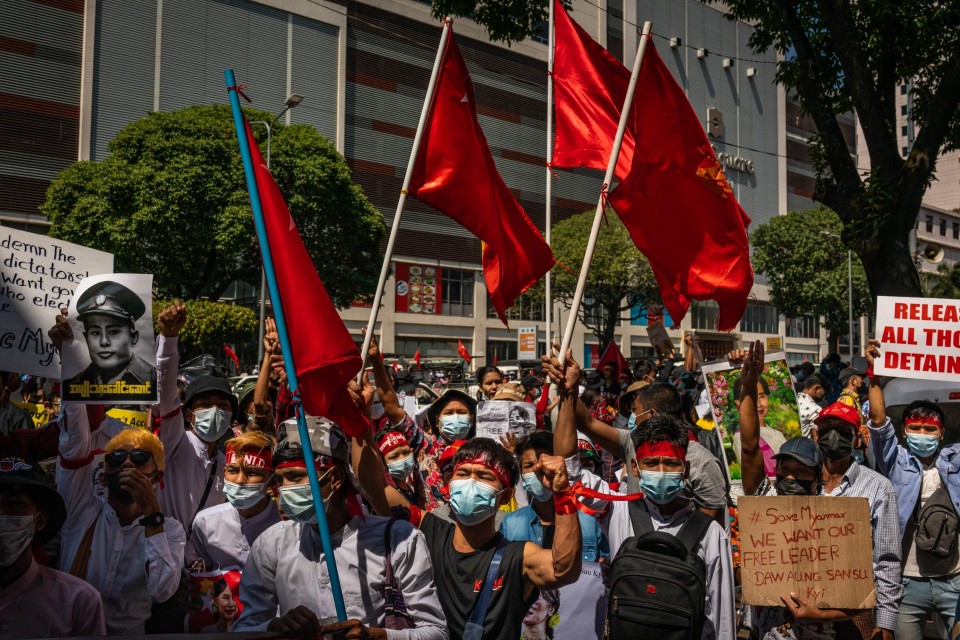 Protesters hold placards and shout slogans near the City Hall on Feb. 13, 2021, in Yangon, Myanmar. (Getty/Kyodo)