The following are questions and answers regarding COVID-19 vaccines and how to get vaccinated in Japan.

Q: What are vaccines? 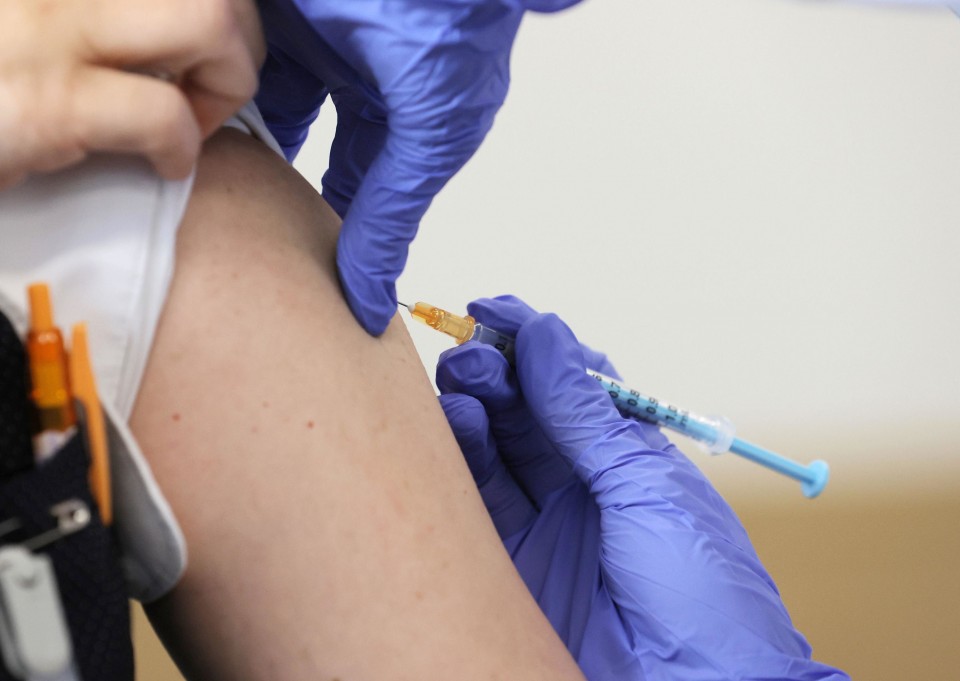 A health worker inoculates a colleague with COVID-19 vaccine at the Tokyo Medical Center in Tokyo's Meguro Ward on Feb. 17, 2021. Japan began COVID-19 vaccinations the same day, with the first shots given at the state-run hospital. (Pool photo) (Kyodo) ==Kyodo

Q: What kind of COVID-19 vaccines are there?

A: The first COVID-19 vaccine approved for use in Japan was developed by U.S. drugmaker Pfizer Inc. and Germany's BioNTech SE. It is a new type called a messenger RNA, or mRNA, vaccine, which uses genetic material rather than part of a pathogen to create antibodies. It has been cleared for use by people aged 16 or older.

Of the other two vaccines Japan has supply agreements for, the one developed by Moderna Inc. is also an mRNA vaccine while AstraZeneca Plc's uses a modified version of a common cold virus. All three consist of two shots administered weeks apart.

The Pfizer and Moderna vaccines have been shown to be highly effective in preventing COVID-19, both having an efficacy rate of around 95 percent in late-stage clinical trials conducted overseas. This means people who took the shots were 20 times less likely to develop symptoms compared to those who did not.

But they are also difficult to handle, needing to be stored at subzero temperatures until they are ready to be used. The Pfizer vaccine must be kept at around minus 75 C and Moderna's at around minus 20 C in specialized freezers.

Q: Why is it important to be vaccinated?

A: Health experts say achieving herd immunity, where enough people in a population are immune to COVID-19 whether through vaccines or previous infection, is key to beating the pandemic. While it is unclear if the currently available shots guard against asymptomatic infections, they can prevent or mitigate symptoms that could otherwise be life-threatening or have long-lasting health effects.

Q: What are the health risks?

A: Common side effects of COVID-19 vaccines are pain and swelling on the arm where the shot was given, fever, chills, tiredness and headaches. 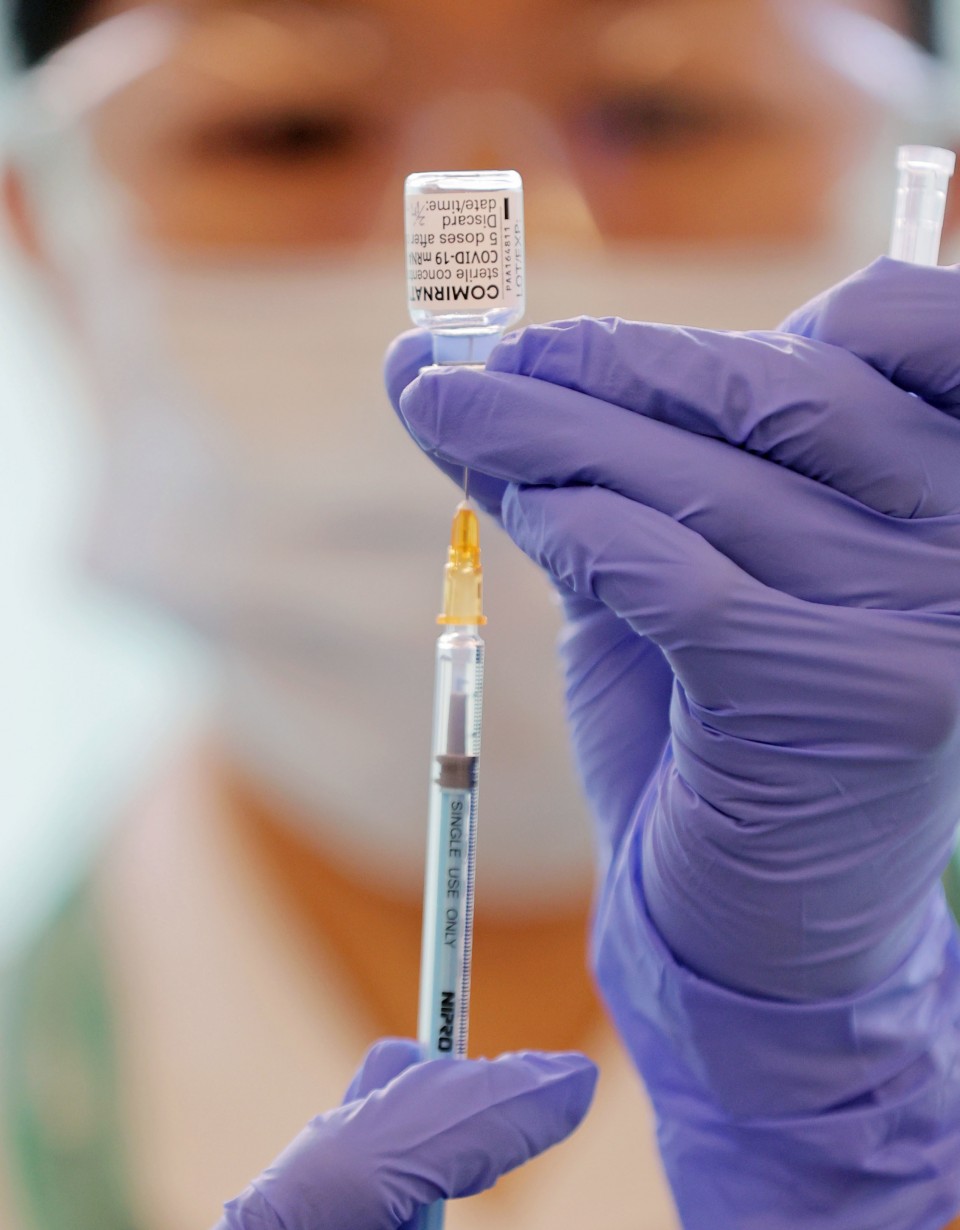 A health worker injects COVID-19 vaccine from a bottle into a syringe at the Tokyo Medical Center in Tokyo's Meguro Ward on Feb. 17, 2021. Japan began COVID-19 vaccinations the same day, with the first shots given at the state-run hospital. (Pool photo) (Kyodo) ==Kyodo

In rare cases, people have experienced severe allergic reactions, also known as anaphylaxis, after taking a vaccine. According to the U.S. Centers for Disease Control and Prevention this occurred in approximately two to five people per million in the United States.

Japan's Ministry of Health, Labor and Welfare says there is insufficient data on the effect COVID-19 vaccines have on pregnant women, and that they should receive shots when "the benefits are deemed to outweigh the risks."

Q: In what order is Japan vaccinating people?

A: An initial group of 40,000 health workers began receiving the Pfizer vaccine on Wednesday, half of whom are participating in a seven-week study to track potential side effects. A further 3.7 million front-line health workers are to begin receiving shots in March.

Next will be 36 million people aged 65 or older who will receive a coupon in the mail before their turn comes in April, followed by people with underlying health conditions such as diabetes and those working at elderly care facilities, and then finally the general population.

Delays could happen, for example, if municipalities run into trouble administering shots or if the European Union's new export controls hold up future shipments of doses.

Foreign residents will become eligible in the same order of priority as Japanese citizens, as long as they are registered with a municipality. Diplomats and their families will arrange shots through their embassies.

Q: Where are the vaccinations taking place?

A: Each municipality is taking their own approach. Some are setting up large-scale vaccination sites in auditoriums and gymnasiums, while others are focusing on having local clinics administer shots on an individual basis.

Many municipalities are employing a mix of the two, and some including the city of Iwata in Shizuoka Prefecture plan to launch multilingual phone support for its large population of foreign residents.

A: The government is paying for shots for Japan's population of 126 million, including foreign residents. The city of Mito in Ibaraki Prefecture is handing out taxi tickets for people with disabilities and the elderly to go to vaccination sites.