Half of Japan firms in Vietnam, India plan to boost operations: poll

Over half of Japanese businesses in Vietnam and India have plans to expand their in-country operations, a recent survey showed, a sign of a shift toward reducing reliance on China as a production base in what is known as a "China plus one" strategy.

In the online survey conducted by Japanese staffing firm Pasona Group Inc. last December, 57 percent of Japanese companies in Vietnam and 55 percent in India said they will expand operations in the host countries, compared with the average of 39 percent among all 11 countries and regions polled. 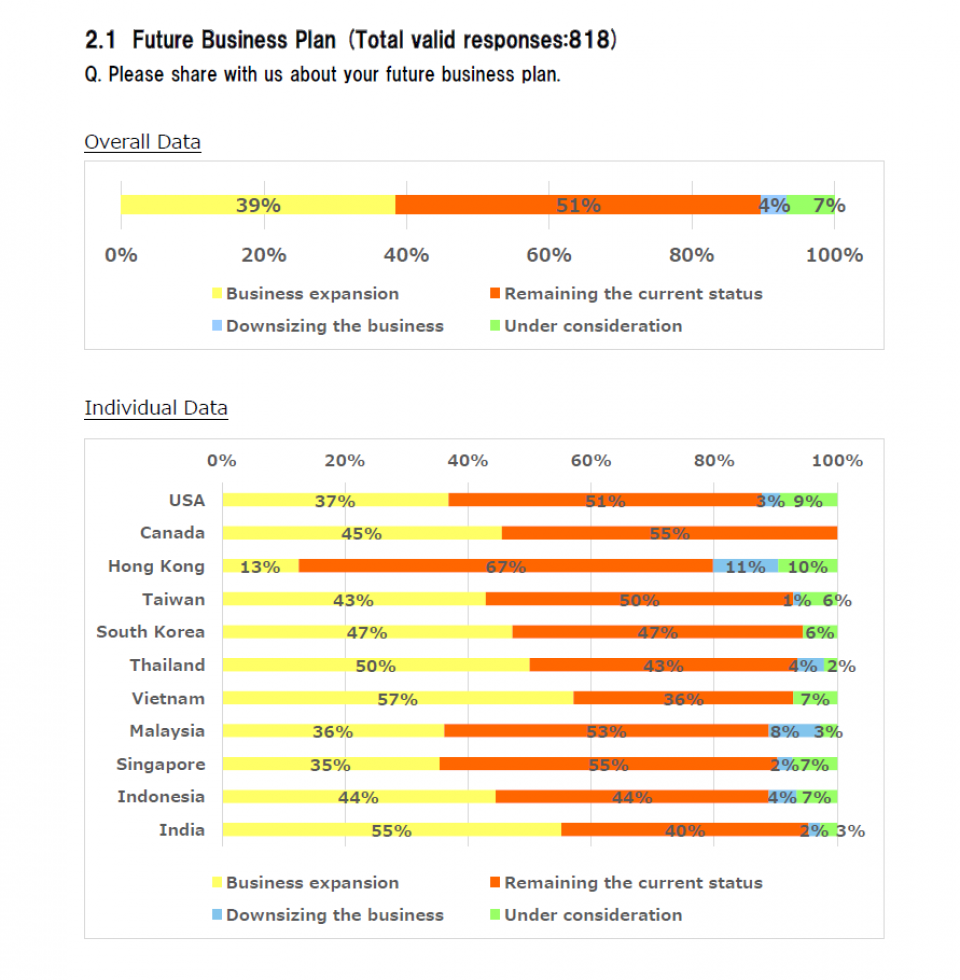 In contrast, Hong Kong stood lowest at only 13 percent in the wake of deterioration in the trade environment following China's dismissal of pro-democracy lawmakers and crackdowns on democracy activists in the former British colony, according to the survey.

Of the 818 companies polled, 67 percent said they plan to keep the current level of their bases and operations in the 11 economies.

Twenty percent said they plan to add and strengthen functions of their bases as regional headquarters, partly due to difficulties in making business trips to and from head offices in Japan amid the coronavirus pandemic, the survey said.

With Southeast Asian countries hit hard by the pandemic, 30 percent of Japanese companies in Thailand, 28 percent in Malaysia and 22 percent in Hong Kong said they have downsized posted staff or plan to do so within the next three months.

The average across all respondents stood at 16 percent.

The growing trend of remote work brought on by the pandemic coupled with high real estate prices has also encouraged firms to downscale offices, with at least 15 percent in Hong Kong, Singapore and Indonesia saying they have or plan to do so.

In a show of China plus one strategy, 43 percent of respondents in Vietnam said they have expanded offices or plan to.

Seventy-four percent of the respondents in the 11 economies cited lack of communication between employees as an issue of concern regarding remote working, followed by 59 percent who cited performance evaluation of staff.