Wrestlers from the three stables that missed the New Year Grand Sumo Tournament due to coronavirus infections had their medical checkups Friday as they stepped up preparations for the upcoming March grand tournament.

Some 65 wrestlers from four stables missed the entire January meet due to the coronavirus, with those testing negative also asked to quarantine during the 15-day tournament. 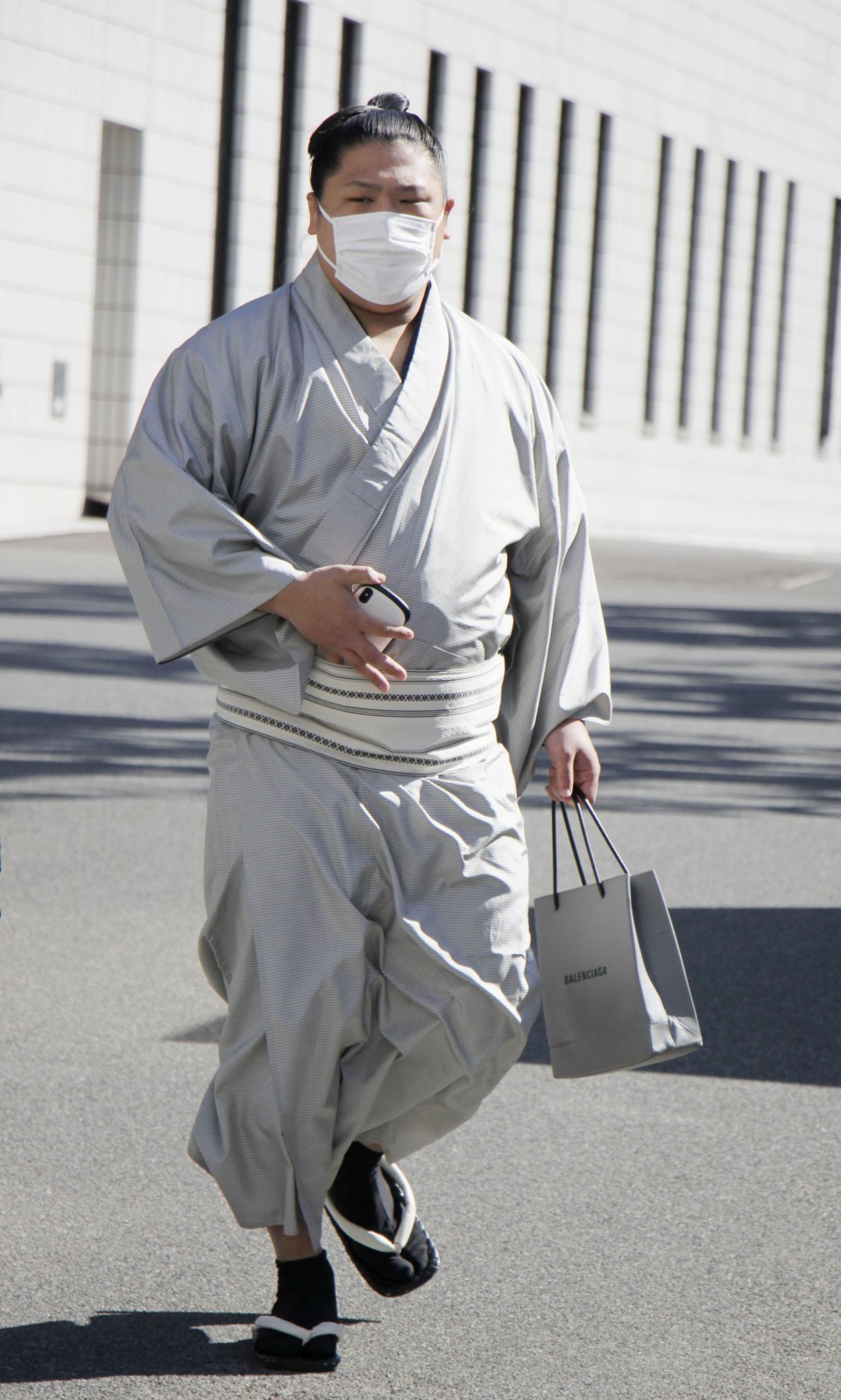 Maegashira sumo wrestler Wakatakakage, who tested positive for the coronavirus in December, is shown after having a checkup at Tokyo's Ryogoku Kokugikan on Feb. 19, 2021. (Kyodo)

This prevented wrestlers living in condominiums from exercising as usual. Those wrestlers were required to abstain from performing leg stomps, a sumo training staple, out of consideration for their neighbors.

Twelve members of the Arashio stable, including the stablemaster, tested positive. Rank-and-filer Wakatakakage, who had a fever and sore throat after testing positive late last year, was buoyant, having resumed training early this month.

"I'll be alright. I've been able to train well," the 26-year-old maegashira said following his checkup at Ryogoku Kokugikan. "I'll be doing my best again in the next tournament. I want to show how well I can do on the raised ring."

Miyagino stable grand champion Hakuho tested positive before the New Year meet, but the yokozuna, who has missed the last three tournaments and the final two days of the July tourney before that, is now back in training, a sumo source said.

Enho, a second-tier juryo wrestler at the same stable who has not tested positive, said his fitness level "is more or less back to where it was," as he tries in March to fight his way back into the top-tier makuuchi division.

Brazilian Kaisei, who fights out of the Tomozuna stable, said, "The first thing is to thoroughly get into shape."