Women's world No. 3 Naomi Osaka served up a tennis master class at the Australian Open on Wednesday with a 6-2, 6-3 second-round victory over Caroline Garcia of France in Melbourne. 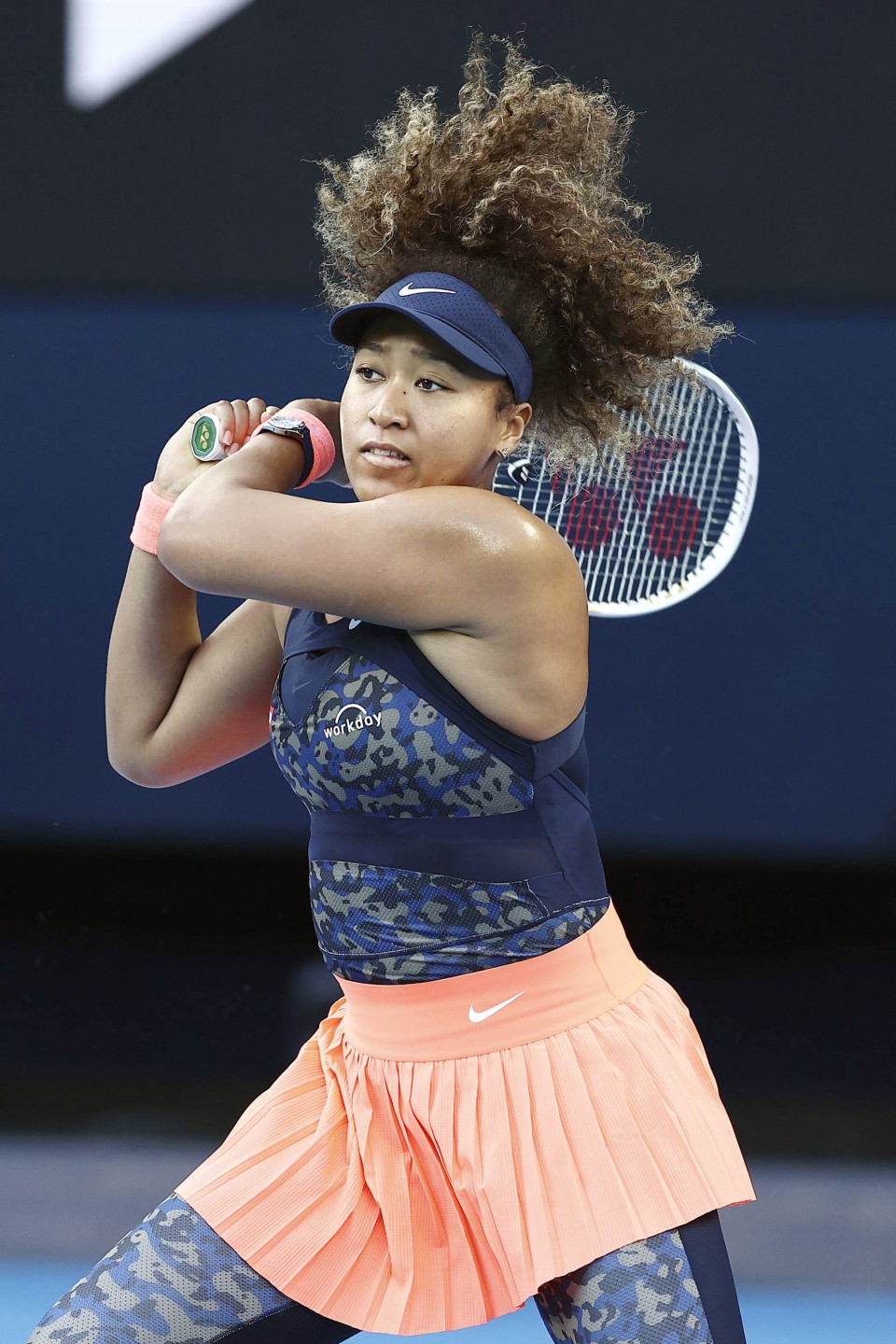 Naomi Osaka plays a backhand in a match against Caroline Garcia during the Australian Open on Feb. 10, 2021, in Melbourne. (Getty/Kyodo)

Seeking a second Australian Open title to go with her two U.S. Open championships, Osaka sealed the 1-hour, 1-minute win at Rod Laver Arena, with her 10th ace of the match.

Osaka, who won her first Grand Slam title in Melbourne in 2019, made virtually no mistakes in the first set apart from a pair of double faults while her opponent pressed. Garcia rallied at the last, fighting off three set points on her serve before Osaka put the set to rest with her second service break.

She seized control of the second set by breaking in the sixth game to go up 4-2, and both players held serve the rest of the way.

"It's really hard to play opponents like her because you never know what she's going to do and how hard she's going to hit," Osaka said of Garcia, who is ranked 43rd in the world. "So (the key was) just staying within myself."

Garcia relied on some pin-point serves to score four second-set aces, but Osaka was definitely on her return game.

"I definitely worked a lot on my return and my serve in the offseason and you can see that's paying off pretty well," she said.

Osaka's third-round opponent will be world No. 30 and 27th seed Ons Jabeur of Tunisia, who won her second-round match by a similar 6-3, 6-2 score over Slovakia's Anna Korolina Schmiedlova.