The U.N. special envoy on Myanmar has strongly denounced the country's military over its coup earlier this week and called for the release of government officials, the spokesman of the U.N. chief said Friday.

Telephone talks between Christine Schraner Burgener and the Myanmar military's deputy commander-in-chief So Win were held from Wednesday night into Thursday, becoming the first contact between the United Nations and the country's military since Monday's coup, Stephane Dujarric, spokesman for U.N. Secretary General Antonio Guterres, said at a press conference. 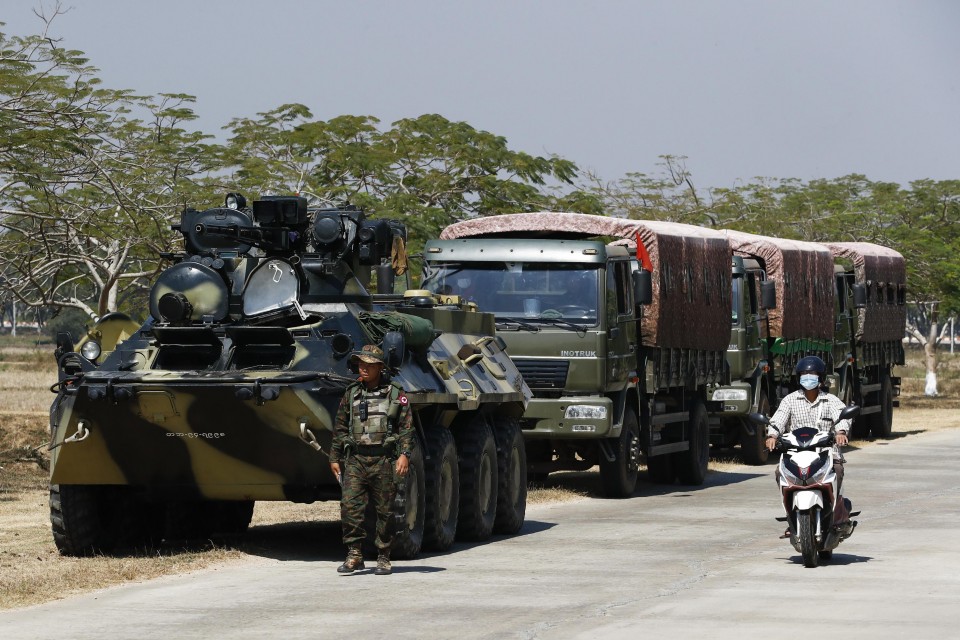 The U.N. envoy "reiterated the secretary general's strong condemnation of the military's action that disrupted the democratic reforms that were taking place in the country," the spokesman said, adding that she also "emphasized the need to advance progress on key areas in regard to a safe, dignified, voluntary and sustainable repatriation of the Rohingya refugees."

While noting it was "quite a long" conversation and characterizing the dialogue as "very important," the spokesman did not reveal how the military side responded during talks with the envoy.

The statement also urged Guterres not to recognize the military junta which seized power in the coup, reversing the democratization process of the Southeast Asian country.

Noting that the military came to power illegally, with the baseless claim that the results of the November general election were fraudulent, the NLD asked the United Nations to work together with the international community for the release of the detainees and to take collective steps toward ensuring democracy and freedom for the people of Myanmar.

The U.N. Security Council on Thursday expressed "deep concern" over the declaration of a state of emergency by the military following the coup and the detention of government leaders.

In a press statement, the Security Council also called for the "immediate release" of the detainees.