Japan's former Olympics minister Seiko Hashimoto who has been appointed chief of the Tokyo Olympic organizing committee faces the challenges of improving the image of the games, tarnished by sexist remarks by her predecessor that made headlines all over the world, and leading efforts to hold the major sporting event amid the coronavirus pandemic.

Hashimoto, a seven-time Olympian and a Liberal Democratic Party lawmaker, became president of the committee on Thursday, succeeding Yoshiro Mori, with just five months left until the Tokyo Olympics and Paralympics. 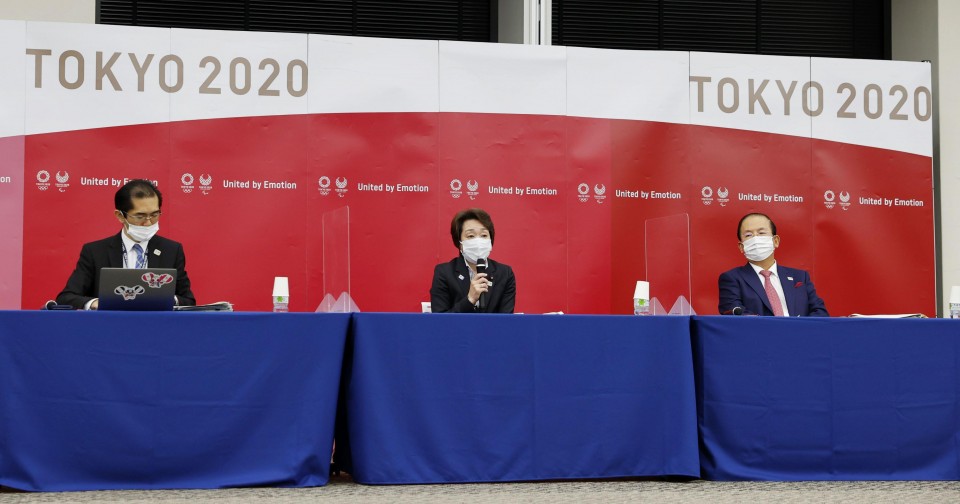 The 56-year-old will lead a committee consisting of some 3,500 members at a time when it has grappled with low public support for the Summer Games, postponed last year due to the global health crisis.

Mori, an 83-year-old former prime minister, announced his resignation last week after saying at a Japanese Olympic Committee gathering on Feb. 3 that meetings in which women participate tend to take time because they talk too much.

More than 700 Olympic and Paralympic volunteers withdrew their applications in response to the comments, and an online petition calling Mori's behavior to be properly addressed received over 157,000 signatures in under two weeks.

"The next president must express a strong determination that men and women are equal and create a new image (of the games) after it was diminished," said Kariya, who was involved in a total of 16 Olympics.

While the committee is nearing the final stages of preparation, the pandemic is showing no signs of abating, leading to growing public opposition to holding the games this summer.

In her first remarks after assuming the new post, Hashimoto emphasized that she will work toward a "safe and secure" Tokyo Games and said the "most important" task of the committee is to draw up effective measures to prevent coronavirus infections.

But some infectious disease experts and sports officials have voiced concern over the steps currently planned.

Anthony Fauci, chief medical adviser to the White House, told a press conference this month that Japan must step up efforts to ensure the safety of its people and visitors by putting in place sufficient guidelines.

Japan plans to create a "bubble" for athletes, restricting their travel to only their venues, accommodation and limited additional locations. They will be tested for the virus every couple of days and wear face masks.

However, athletes are not the only ones whose safety must be considered. The domestic leg of the torch relay will begin next month in Fukushima Prefecture and crowds are expected to gather along its route across the country over 121 days.

Over 500 municipalities registered as "host towns" have also been preparing to welcome athletes from around 180 countries and regions to train.

Maebashi in Gunma Prefecture has been hosting athletes and a coach from South Sudan since 2019. Shinichi Hagiwara, an official in charge of the city's host town initiative, said he wants the new chief to be quick at making decisions.

"Our preparations do not change depending on the president, but I would like the new chief to take leadership in the response to the virus," he said. "If the games were to be canceled, I would like that decision to be made quickly."