A former paramedic is marking the 10th anniversary on Monday of a devastating earthquake in Christchurch, New Zealand, that killed 185 people with a self-composed musical tribute.

Kris Baines was sent to the Canterbury Television Building after the six-story structure collapsed following a magnitude 6.3 temblor on Feb. 22, 2011. Of those who died in the quake, which included 28 Japanese, 115 were inside the CTV building. 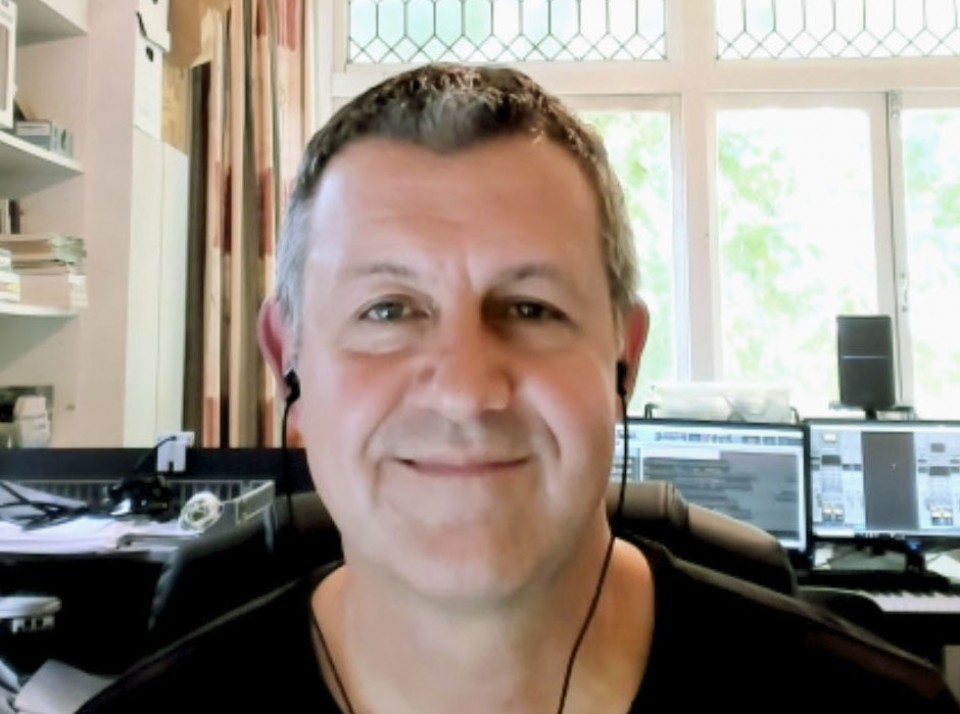 Baines, who had spent the morning at a training session just south of the city center, said in a recent interview that when he and his fellow paramedics saw the smoke and dust over the city, they knew "straightaway" that people had died.

"A couple of hours before you were having lunch, it was a normal day, and then you're looking at this smoke, this rubble, there's a helicopter flying over dropping water, and it was like a war zone," the 48-year-old said via video conference from Auckland.

Baines stayed at the CTV site until late at night, transporting survivors to a makeshift hospital in his ambulance, and carefully moving the bodies of those who had died.

"At the CTV Building there were feelings of helplessness because you knew that there were people you couldn't get to," he said.

Baines said he remembers transporting one 19-year-old male who had been trapped under the rubble for several hours. The man, who he believes was Japanese, "walked out of the ambulance" with only a sore finger, while another woman whom he transported just before died en route to the hospital.

"It really struck me that, you know, (for) eight hours a lady is trapped, she comes out and she passes away. Nine hours and somebody else comes out, and they just have a bruised finger," he said.

The Japanese victims were students at an English-language school in the building.

Baines, who left the ambulance service and now primarily works as the pastor of a church and as a songwriter, said he wanted to do something special to commemorate the 10th anniversary of the disaster.

His answer was to create a music video of his composition "From the Rubble" through crowdfunding. It has been made available on YouTube (https://www.youtube.com/watch?v=oDfpYrSSiVQ).

The song, which is played on cello and piano, begins with a "low dramatic sound, like the earthquake, and then it goes to a very emotional piece of soft piano music," Baines said, explaining he wanted to convey the idea of hope when another person was pulled from the rubble.

The music accompanies a video of Baines and cellist Andrew Joyce of the New Zealand Symphony Orchestra playing at various locations around Christchurch, as well as giving the names of all those who died in the earthquake.

Toward the end of the song, Baines included his own arrangement of a traditional New Zealand folk song, "Pokarekare Ana," which is sometimes referred to as the country's unofficial national anthem.

"The lyrics are very much speaking about somebody (who is) sending love to someone they care for, who is very far away and they cannot see," Baines explained.

"So the idea of thinking of someone who you cannot be with anymore, with great longing and love for that person that won't die away, was what sealed the deal with me using that."

Baines said he wants "From the Rubble" to provide listeners with an opportunity to pause and remember the tragedy of the earthquake, but also to give a sense of hope and celebration of the lives lost.

Although now living in Auckland, Baines plans to travel to Christchurch to attend a memorial service for the anniversary on Monday. He will also play the tune at a private service attended only by bereaved family members.

"Perhaps in that crowd there will be some people there whose loved ones I maybe interacted with, and that's going to be a very emotional and special time," he said.

Due to coronavirus travel restrictions, bereaved families in Japan who had planned to attend a memorial service in Christchurch will not be able to be there in person.

Baines said he hopes his video, along with a livestream of the memorial service, will provide an opportunity for families overseas to feel involved in the anniversary.

"My hope and prayer is that this music will really be helpful for people and be healing for people also."