Rui Hachimura celebrated his 23rd birthday with his first double-double of the season as the Washington Wizards beat the Chicago Bulls 105-101 in the NBA on Monday.

The Japanese forward chipped in with 19 points and 10 rebounds during his 36 minutes and 19 seconds on the court to help his team claim its sixth win of the season. 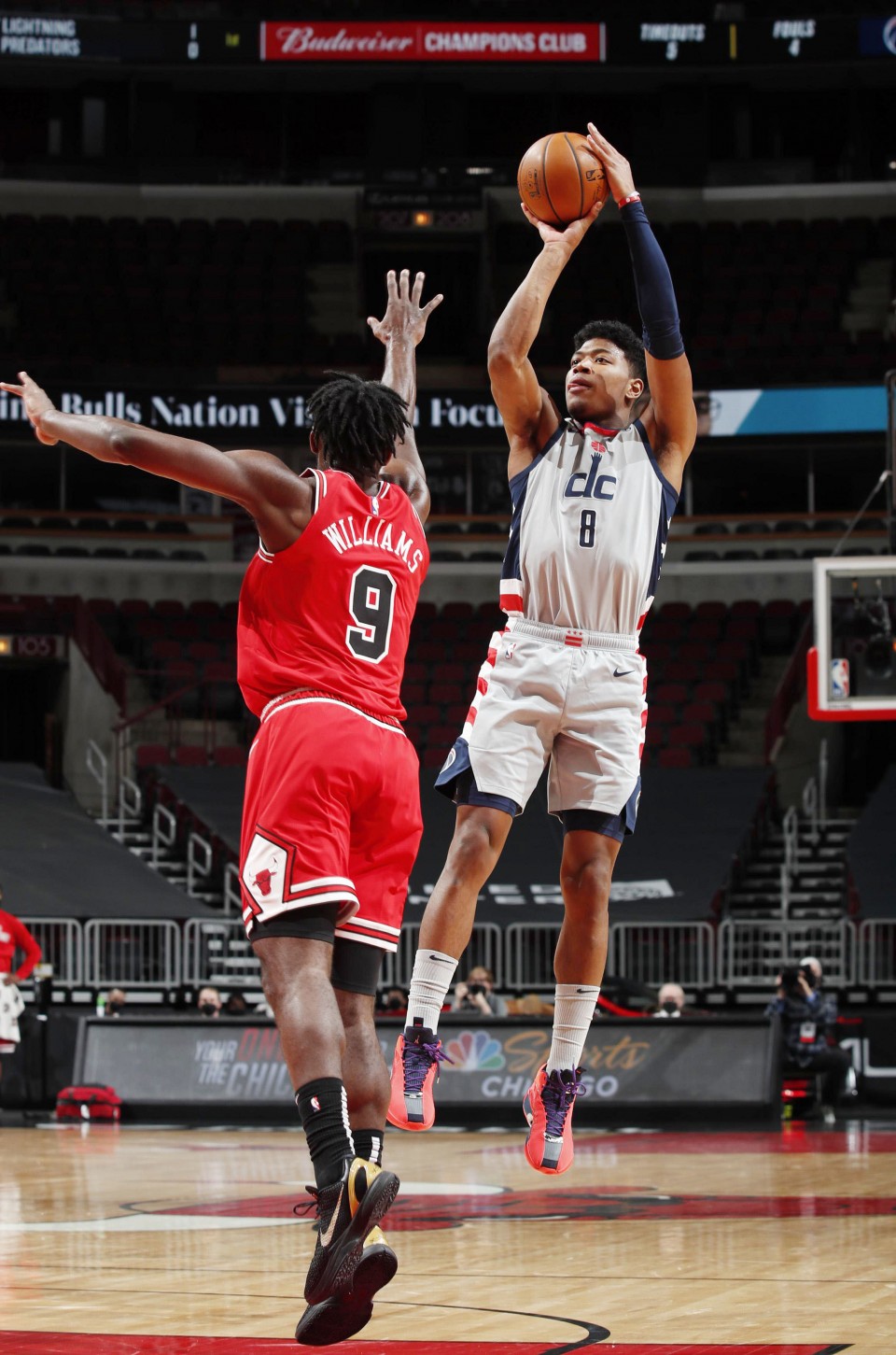 Rui Hachimura (8) of the Washington Wizards shoots the ball during a game against the Chicago Bulls on Feb. 8, 2021, in Chicago, Illinois. (Copyright 2021 NBAE)(NBAE/Getty/Kyodo)

"It was a game I wanted to win whatever the cost. Both the team and I fought it through concentrating," said Hachimura, who scored with seven of 13 shots he had, including a triple.

The Wizards trailed 27-24 after the first quarter but Hachimura scored nine points alone in the second, carving out several openings with aggressive drives to steer his team to a 58-48 lead.

That put an end to the Wizards' typical losing pattern of going behind in the first half, and Hachimura delivered straight after getting a tip from coach Scott Brooks to create his own chances.

"I want to keep this momentum going," said Hachimura, who had his teammates in the locker room celebrating his birthday singing Japanese songs.

Another Japanese forward, Yuta Watanabe, failed to score a point but had a personal-high seven rebounds as the Toronto Raptors beat the Memphis Grizzlies 128-113.

Facing his former team the Grizzlies after spending the past two seasons in Memphis, Watanabe returned to pay them back with a promising 16 minutes and nine seconds on the court as the Raptors made it 11-13 for the season.