The president of the Tokyo Olympic organizing committee apologized Thursday for "inappropriate" comments he made a day earlier saying women talk too much during meetings, but insisted he will not resign despite mounting calls for his removal.

The controversy surrounding Yoshiro Mori, a former prime minister, over the comments widely viewed as sexist is another headwind for this summer's games, which were already postponed due to the COVID-19 pandemic and are under public pressure to be further delayed or canceled. 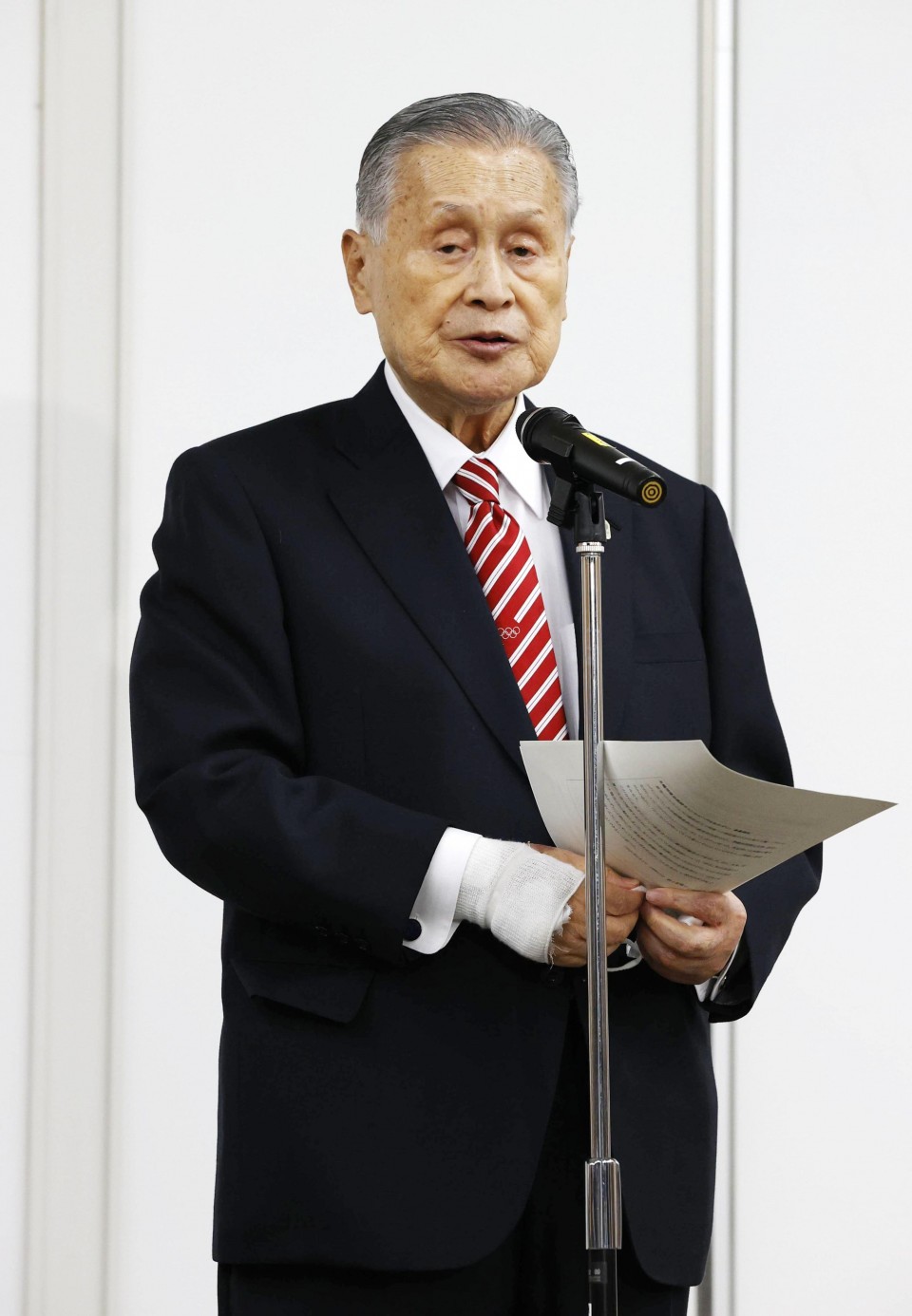 "The expression I used ran counter to the spirit of the Olympics and Paralympics. It was inappropriate," Mori, 83, said at a hastily called press conference. "I would like to retract the remarks and apologize to anyone I have offended."

He continued, "I have no intention of stepping down. I have worked hard and given a lot the past seven years, and don't feel I need to (resign)."

Mori had complained on Wednesday about the Japanese Olympic Committee's push for gender diversity on its board, saying women have "a strong sense of rivalry" and that when one female member raises her hand to speak, "everyone ends up saying something."

He made the comments in a JOC meeting held online and open to the media.

The JOC has set a goal of increasing the number of women on its board to 40 percent. At present only five of its 25 members, or 20 percent, are women.

Japanese Prime Minister Yoshihide Suga said in parliament that Mori's remarks were "unacceptable" but declined to directly address calls for his resignation, saying only, "The Olympics should be held with the understanding and welcome (of the public)."

Mori's comments caused a storm of backlash in Japan and abroad, with a hashtag in Japanese meaning "Please retire, Yoshiro Mori" being tweeted more than 65,000 times.

"His prejudiced comments against women are Japan's shame. The very fact he is being paid taxpayer money and holds a position of responsibility undermines trust in Japan," said one Twitter user. Some people said they would no longer volunteer at the games in protest.

Nathalie Loiseau, a member of the European Parliament representing France, tweeted in French, "Yes Mr. Mori, women can be concise. For example, two words are enough to respond to you: Shut up."

Mori faced renewed criticism following his press conference on Thursday, where moments after apologizing and retracting his remarks he was asked by a reporter whether he actually believes meetings are longer when women participate.

He responded, "That's what I often hear."

"The press conference was meant to extinguish the flames (of criticism), but all he did was add fuel to the fire," said sports writer Masayuki Tamaki. "Many Japanese must have felt the Tokyo Olympics can't go on with Mr. Mori at the helm."

"He doesn't realize he is being sexist and has no intention of changing. And he has been able to get away with this because of his privilege," she said. "We have to take a hard look at how people like this have been able to remain in power."

This is not the first time Mori has come under fire for a gaffe. In 2000, as prime minister, he said Japan is a "divine nation" centered on the emperor, a view that runs counter to the postwar Constitution. In 2003, he said taxpayer money should not go toward providing social welfare to women who do not have children.

When reached for comment on Thursday before the press conference, Mori said he is aware of the public outcry and that he would step down if the controversy, or any other issue he is involved in, has a negative impact on the games.

Public opposition to the Olympics, set to begin in July after being postponed for one year, is growing amid the COVID-19 pandemic. Around 80 percent of respondents in a Kyodo News survey last month were in favor of canceling or pushing them back again.

Tokyo Gov. Yuriko Koike said it "goes without saying" that women should be included in the decision-making process, adding she believes someone "talking too much" is an issue with an individual, rather than their gender.

Japan's top government spokesman, Chief Cabinet Secretary Katsunobu Kato, said the government is committed to gender equality and will continue to push for the promotion of women to leadership roles in sports organizations.