The resumption will come 10 days after the magnitude-7.3 temblor, which struck at 11:07 p.m. Saturday, damaged electricity poles and bridges on the Tohoku Shinkansen bullet train line connecting the region with Tokyo. 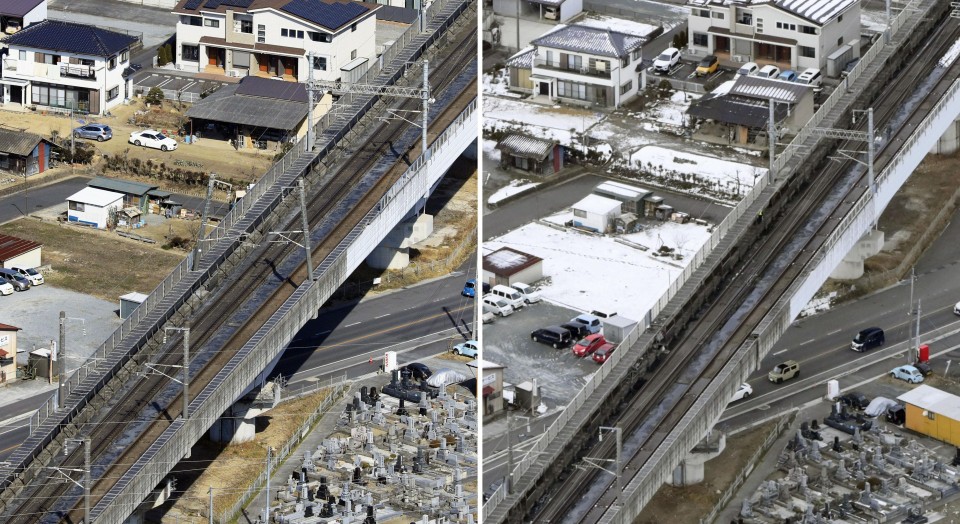 JR East said it will run the high-speed trains throughout its tracks from Wednesday morning but the total number of the trains will be limited to roughly two-thirds of the normal for a month or so because they have to slow down in parts that were recently repaired.

The quake, which caused power and water outages across a wide area, damaged 2,649 houses across Fukushima, Miyagi and Yamagata prefectures, according to the Fire and Disaster Management Agency.

While a tsunami did not occur, the earthquake came just weeks before the 10th anniversary of the magnitude-9.0 quake and tsunami that devastated northeastern Japan in March 2011, leaving more than 15,000 people dead and triggering the Fukushima nuclear crisis.

Following last Saturday's temblor, which registered upper 6 on Japan's seismic intensity scale of 7, around 80 earthquakes with seismic centers off the coast of Fukushima have been felt as of Friday, according to the Japan Meteorological Agency.

It included a quake in Soma, Fukushima Prefecture, last Sunday that had a seismic intensity of 4.