Japanese Prime Minister Yoshihide Suga has commuted to his office from a nearby apartment complex rather than moving into the leader's official residence since assuming his post, drawing criticism that he could be slow to respond in event of a crisis.

Days after a major earthquake struck northeastern Japan late in the evening of Feb. 13, former Prime Minister Yoshihiko Noda of the main opposition Constitutional Democratic Party of Japan urged Suga to move into the prime minister's residence, located next to the premier's office, calling him "selfish" for resisting. 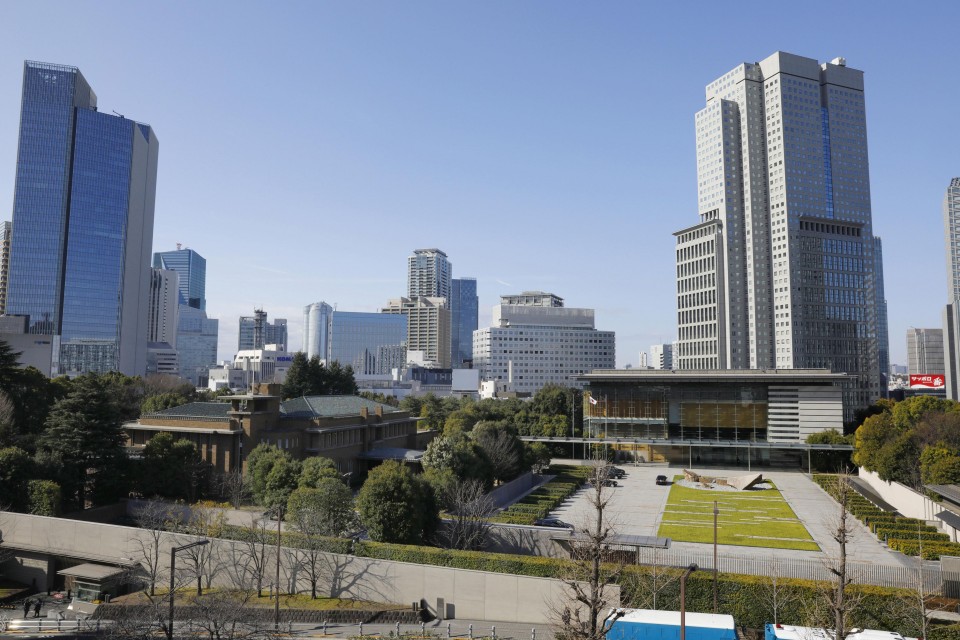 "A minute or two means a lot when it comes to crisis management," said Noda, who lived in the residence during his 2011-2012 tenure.

Noda warned an earthquake could damage roads in the capital and it may take more than 20 minutes for Suga to get to the office even though it is within a stone's throw of the parliamentarians' designated lodgings.

Suga responded at a House of Representatives' Budget Committee meeting, saying he is "prepared to respond to crises even in the current situation."

Suga similarly defended his decision not to move into the residence in late January, saying "Just because I am living in the apartment, it does not mean I cannot fulfill my responsibility as prime minister."

The apartment complex for lower house members in Tokyo's Akasaka district is about 250 meters in a direct line from the prime minister's office in the Nagatacho district, next to Akasaka.

The 72-year-old prime minister said shortly after taking office in mid-September that he is considering moving into the residence, and even refurbished at a cost of 4.39 million yen ($41,417). But he later changed his mind.

The spacious residence, with its 5,183-square-meter floor space, is fully equipped to enable the prime minister to work at any time of the day and has a resident physician when it is occupied. Maintenance fees totaled 160 million yen ($1.5 million) for fiscal 2020, even without Suga living there. 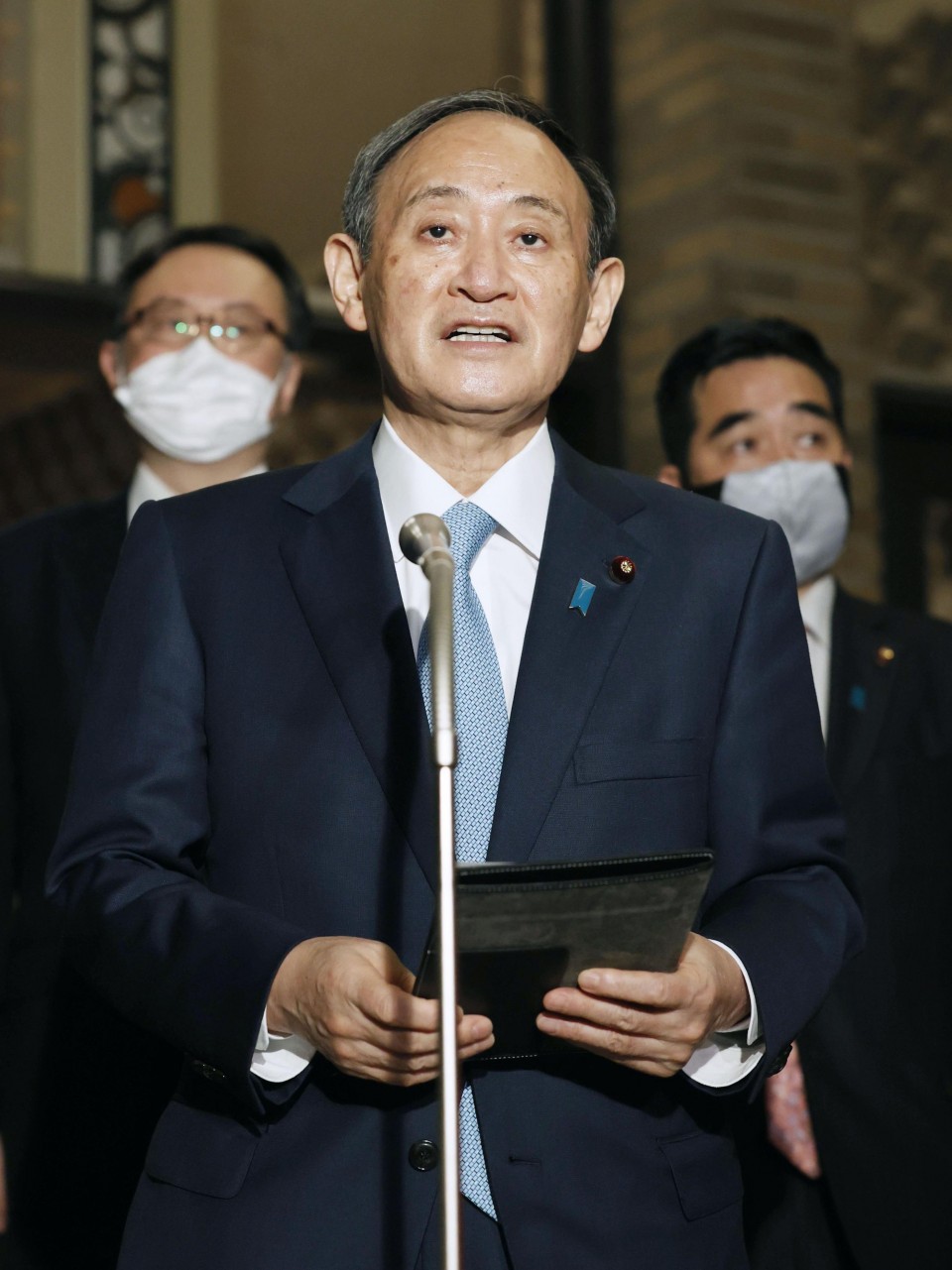 Japanese Prime Minister Yoshihide Suga speaks to reporters at his official residence in Tokyo in the early hours of Jan. 28, 2021, after his first phone talks with President Joe Biden since the U.S. leader took office the previous week. (Kyodo)

Suga has been using the residence on limited occasions including holding teleconferences with foreign leaders or when he is receiving weekend coronavirus briefings.

People close to Suga have speculated he is unwilling to move as his wife Mariko wishes to remain out of the spotlight.

When Suga became chief Cabinet secretary in December 2012, he considered moving into the top government spokesman's residence in the premises of the prime minister's office, but decided to stay at the apartment to accommodate his wife's wishes.

The prime minister's wife has been cooking meals for him recently as he has not been dining out, according to the people close to him. In December, Suga faced criticism for attending dinner parties despite the government's warning to the public to refrain from dining in large groups to prevent spreading the coronavirus.

The official residence, originally constructed in 1929 as the prime minister's office, has hosted seven leaders after remodeling in 2005, including Suga's predecessor Shinzo Abe.

But Abe, who largely lived in the residence during his short stint as leader between 2006 and 2007, commuted 15 minutes from his home in Tokyo's Shibuya Ward on his second go-round as prime minister between 2012 and 2020.

Abe also took flak for the decision, particularly when it took him 40 minutes to get to the office when North Korea fired ballistic missiles in July 2017.

Still, an executive of Suga's ruling coalition said he empathizes with the prime minister's situation.

"I can understand that he cannot relax when his workplace and residence are close together, and he must also be considerate of his wife," the executive said.