The following is a summary of the comments by Tokyo Olympic and Paralympic organizing committee chief Yoshiro Mori that sparked a sexism outcry and mounting calls for him to step down.

Mori said during a Japanese Olympic Committee meeting on Feb. 3:

-- The education ministry has been making a racket about choosing females directors, but board meetings involving many women take a long time. 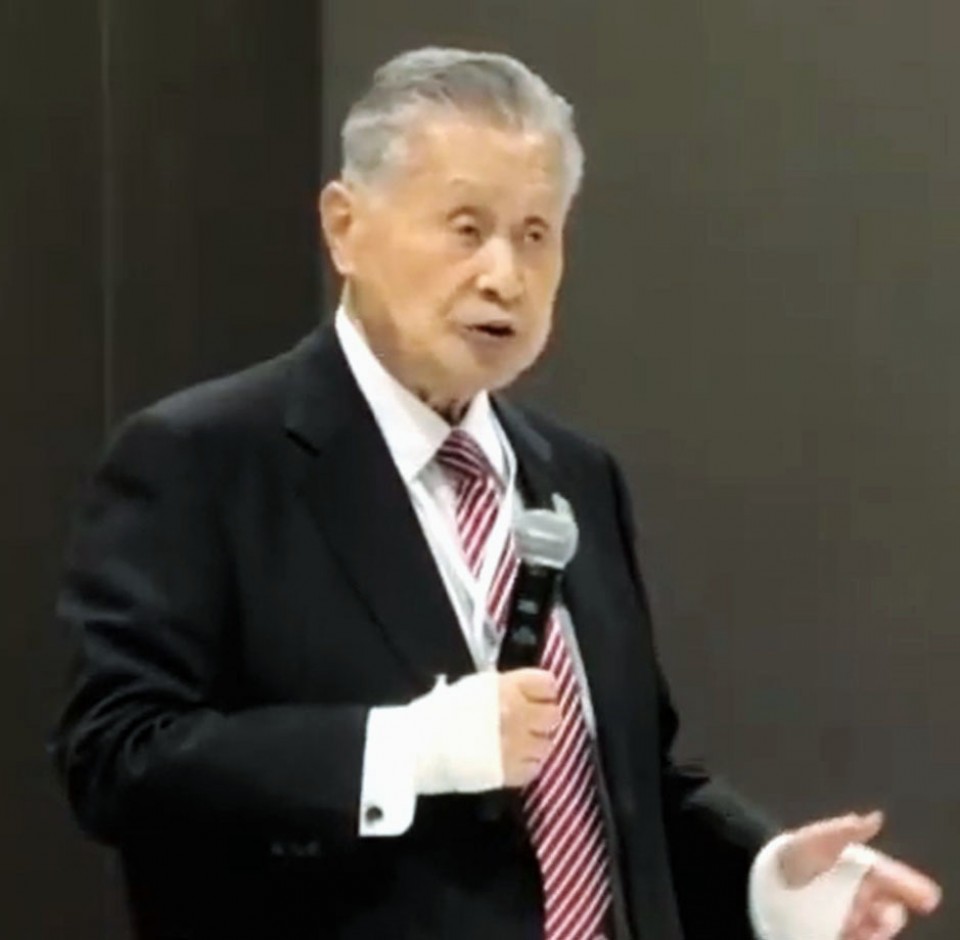 Yoshiro Mori, head of the Tokyo Olympic organizing committee, speaks during a Japanese Olympic Committee meeting on Feb. 3, 2021, as seen in this screenshot image. (Kyodo)

-- The Japan Rugby Football Union spends twice as long in meetings as before. Women have a strong sense of rivalry. When one of them raises her hand to speak, another thinks she also has to have her say. So everyone ends up saying something.

-- Someone was saying that if we increase the number of women on the board, we need to also make sure that speaking time is restricted to some extent, or a meeting will tend to drag on and it becomes a problem.

-- We have around seven women on the 35-member board of the organizing committee, but they understand their place. They are all from sports bodies, and almost all have been on the international stage, so their remarks are to the point and extremely useful for us.