Rui Hachimura scored a season-high 24 points Tuesday, sparking a late but ultimately unsuccessful comeback attempt for the Washington Wizards in their 132-121 loss to the Portland Trail Blazers.

The second-year forward from Japan hit eight straight points in the fourth quarter at Washington's Capital One Arena, helping the Wizards close to within single digits after trailing by as much as 20. 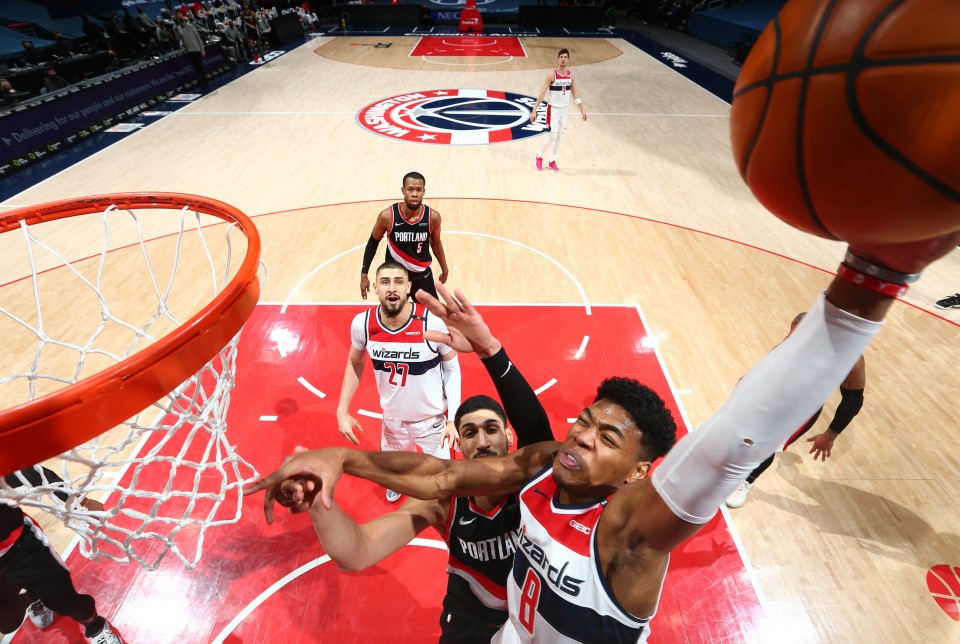 Rui Hachimura (8) of the Washington Wizards shoots the ball in a game against the Portland Trail Blazers on Feb. 2, 2021, at Capital One Arena in Washington. (Copyright 2021 NBAE)(NBAE/Getty/Kyodo)

Playing his third game since missing nearly three weeks due to coronavirus safety protocols, Hachimura shot 10 of 12 from the field, including 3 out of 4 from the three-point line, in 34 minutes, while also grabbing five rebounds.

An NBA All-Rookie Second Team selection last year, Hachimura is averaging 13.7 points, 4.7 rebounds and 2.0 assists after 10 games this season, after also missing the start of the Wizards' campaign with an eye infection.

The Wizards remain anchored to the bottom of the NBA's Eastern Conference standings with four wins and 13 losses.

In Orlando, fellow Japan international Yuta Watanabe contributed two points and a rebound in 11 minutes for the Toronto Raptors, who improved to 9-12 with a 123-108 victory over the Orlando Magic.