Japan midfielder Wataru Endo opened his German Bundesliga account with a brace and had a hand in two more goals on Saturday as Stuttgart hammered relegation-threatened Schalke 5-1 at home.

The 28-year-old, in his second season at the club and first in the country's top tier, volleyed home the opener in the 10th minute after he was left unmarked at a corner. 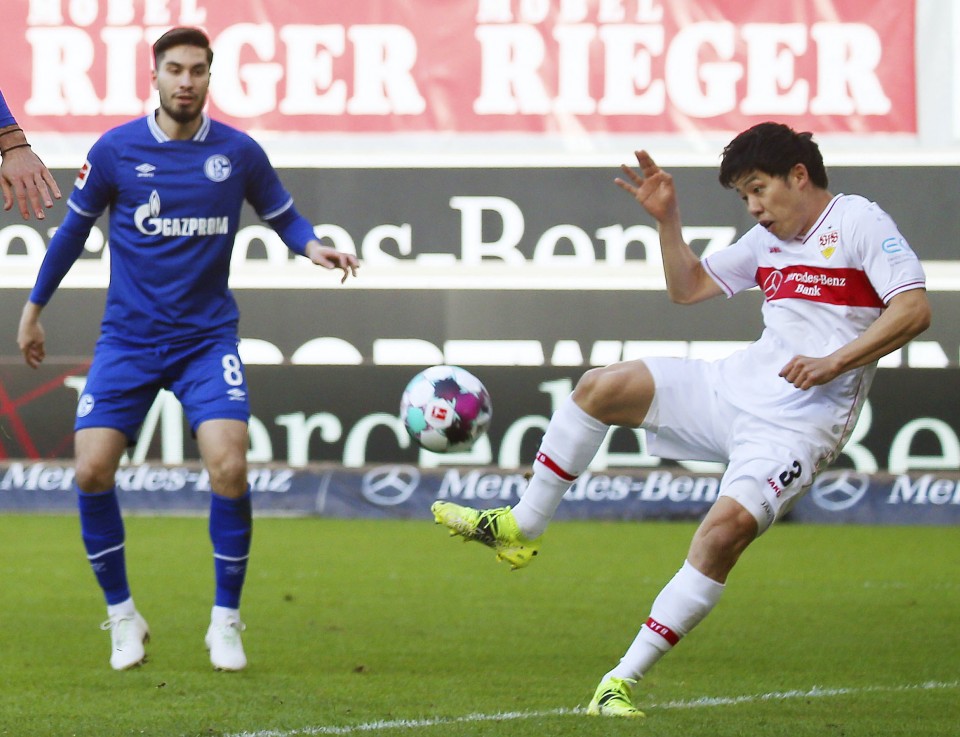 Wataru Endo (R) scores the opener for Stuttgart in their 5-1 hammering of Schalke in the German first division in Stuttgart on Feb. 27, 2021. (Kyodo)

Endo doubled his side's lead from another corner in the 26th minute when a low delivery found its way through to the far post for the defensive midfielder to slot home.

Football: Daichi Kamada has goal and assist in Frankfurt's win over Bayern

Sasa Kalajdzic scored Stuttgart's third before Sead Kolasinac pulled one back for Schalke before the break, but Endo had two more assists to offer near the end of the game as he set up both Philipp Klement and Daniel Didavi to strike from outside of the box to complete the scoring. 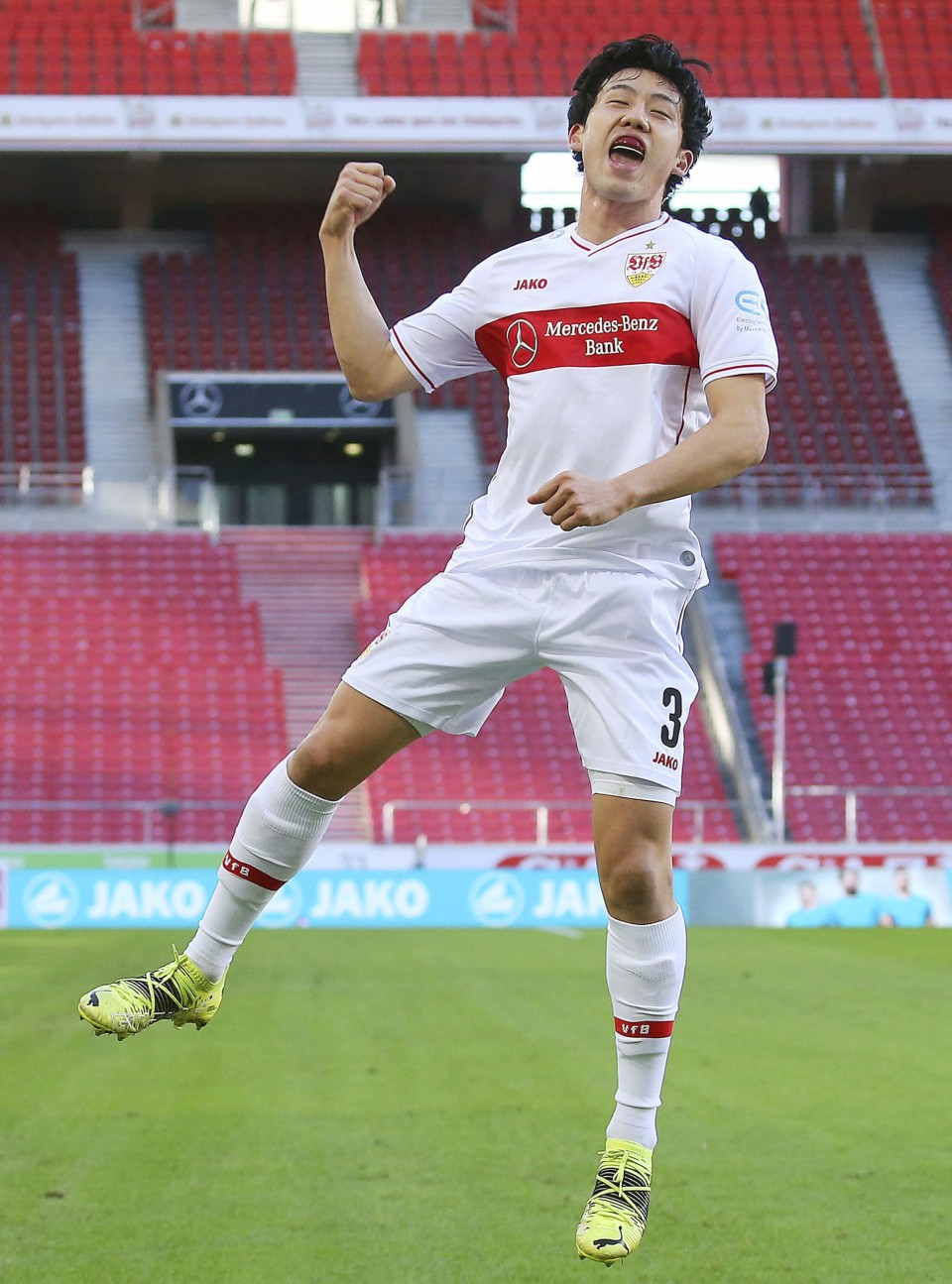 Wataru Endo celebrates scoring his second goal for Stuttgart in their 5-1 hammering of Schalke in the German first division in Stuttgart on Feb. 27, 2021. (Kyodo)

Endo, who has played the full 90 minutes in all but one of 23 league games so far, has won most duels in the entire Bundesliga this term.

Stuttgart are ninth on 32 points while Schalke, Champions League semifinalists in 2011 when retired Atsuto Uchida played at right-back, are bottom with nine points from 23 games.

Endo's first club, Shonan Bellmare in Japan's J-League, said on Friday he will become the side's official sponsor to alleviate the financial impact caused by the coronavirus pandemic. Former Japan and Roma star Hidetoshi Nakata also sponsored the side back in 2000.